New research by scientists at the University of Iceland's Research Centre of the Westfjords and their colleagues has revealed that the trophic niche of the Atlantic cod in Icelandic coastal regions remained stable for centuries, but changed in the 19th century alongside intensified fishing. It is likely that this reflects changes to both the age and size of the cod stocks, but also changes to marine food webs as populations fall due to extensive fishing and food chains shorten. The research was reported in Scientific Reports, a respected journal from the publishers of Nature. According to the authors of the study, the results underline the importance of conserving different migratory cod in Icelandic coastal regions, for example to boost the population's resilience to environmental changes.

The research team included Guðbjörg Ásta Ólafsdóttir, biologist and director of the UI Research Centre of the Westfjords, and Ragnar Edvardsson, archaeologist at the Research Centre, along with their colleagues in Canada and Norway.

Guðbjörg Ásta and Ragnar have worked together for many years on interdisciplinary research into fish bones, particularly cod, that they have excavated from ancient fishing stations in the Westfjords. The oldest bones are 1000 years old.  "The main aim of the research is to understand how changes in fishing and the marine environment have affected fish populations over the centuries. Using a data series spanning several centuries, we can establish a kind of baseline and try to estimate how extensive human exploitation could have affected marine ecosystems," explains Guðbjörg Ásta.

Ragnar points out that there are historical fishing stations in many places around Iceland, particularly in West Iceland and the Westfjords. Bones from three such sites were used in this study: from Breiðuvík and Kollsvík in Vesturbyggð and Siglunes in Eyjafjörður. "The fishing station in Breiðuvík in Vesturbyggð is unique. People fished cod from that station almost continuously from 1000 years ago up to the early 20th century. Fishing and processing methods changed remarkably little over the centuries, but around the middle of the 19th century all fishing in Iceland was revolutionised, firstly with decked vessels and later with the advent of trawlers," says Ragnar. Before that point, cod was generally dried and turned into stockfish. The heads were left and these are the very bones that were used in the research. 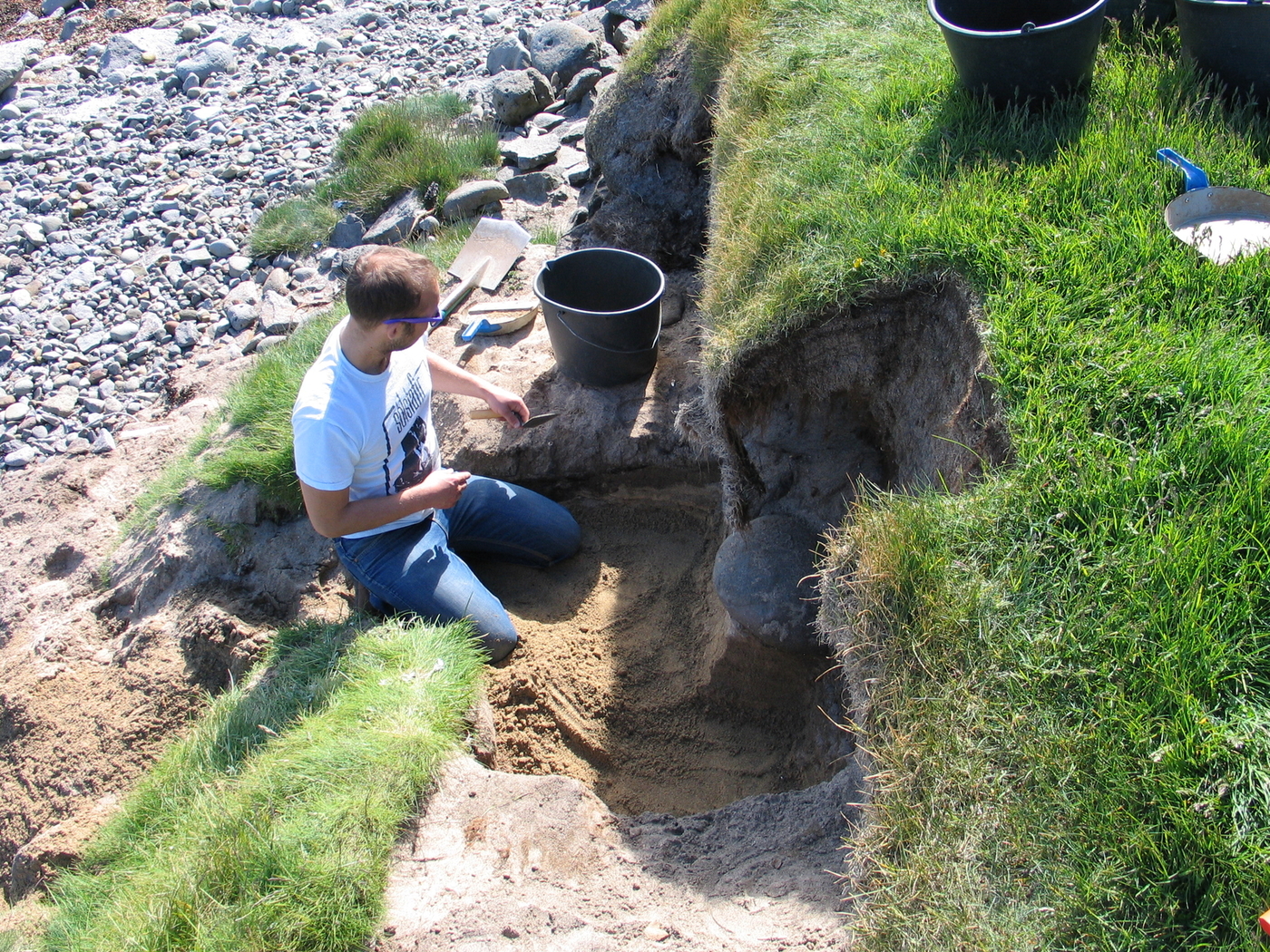 1000 year old specimens under the microscope

"An uninterrupted series of specimens from the same species, particularly an economically important species like the Atlantic cod, spanning over 1000 years is obviously invaluable for research. Perhaps in this case, it was the subject matter that inspired interdisciplinary discussions about the cod stock and its exploitation, which led to the birth of the project," explains Guðbjörg Ásta.

In collaboration with scientists in Canada, Guðbjörg and Ragnar used a methodology that involves stable isotope analysis of carbon and nitrogen in the bones. This provides various information about the lives of these historical animals. "Chemical isotope values can tell us a lot about marine ecosystems. We can use the nitrogen values to evaluate the individual's position in the food chain. A higher value means, for example, that the fish ate other fish rather than invertebrates. The carbon values reflect rather the fish's environment, ocean temperature but also diet, e.g. whether the fish fed near the coast or in the open ocean," explains Guðbjörg Ásta.

Although the study focuses on cod, in order to evaluate the trophic ecology of the population it proved necessary to also examine bones from other species for comparison. So the team also looked at bones from wolffish and haddock, as well as comparing the historical bones to bones from fish caught in the modern day.

Ragnar points out that there are historical fishing stations in many places around Iceland, particularly in West Iceland and the Westfjords. Bones from three such sites were used in this study: from Breiðuvík and Kollsvík in Vesturbyggð and Siglunes in Eyjafjörður. "The fishing station in Breiðuvík in Vesturbyggð is unique. People fished cod from that station almost continuously from 1000 years ago up to the early 20th century. Fishing and processing methods changed remarkably little over the centuries, but around the middle of the 19th century all fishing in Iceland was revolutionised, firstly with decked vessels and later with the advent of trawlers," says Ragnar. 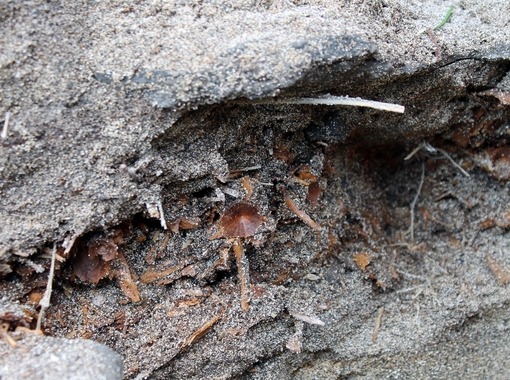 "What struck us immediately was how the trophic niche of the cod appeared to remain stable over an extremely long period, many hundreds of years. We learned this based on the fact the nitrogen value changes very little over the centuries. The carbon value in the cod was much less stable and was both lower and more variable during cooler periods. More variable carbon values probably indicate a varied origin of the catch. If we put these findings into context with the life history of the cod, we can conclude that increased variability of carbon values probably reflects migratory behaviour and that this behaviour probably enabled the cod to adapt and maintain its trophic niche," says Guðbjörg Ásta.

However, changes occurred towards the end of the 19th century when Icelanders began to intensify their fishing alongside improved ship technology. A comparison between cod, haddock and wolffish after this point reveals an interesting pattern. "At the end of the 19th century, the nitrogen values fall in both cod and haddock, but rise in wolffish. This is consistent with what you would expect following the considerable increase in fishing intensity that accompanied the growing use of trawlers at this time. It is likely both that the average size of individuals in the fishing stocks fell, which could be reflected in trophic niche, but also that fishing removed some of the cod's preferred prey from the ecosystem, with the same consequences. Species that were less piscivorous, however, could have benefited from reduced competition with large predators, leading to a higher trophic level. This might explain the pattern we see in wolffish," says Guðbjörg Ásta.

An excellent example of interdisciplinary collaboration

It is clear that interdisciplinary research such as this is very important, addressing as it does the success of significant fish stocks in Icelandic coastal regions as well as the impact of climate change on marine ecosystems.  "We believe this study is important on both biological and archaeological grounds. The findings highlight the importance of conserving migratory cod in Iceland, which is of course absolutely vital in terms of managing the fishing industry. This project also clearly demonstrates the opportunities that archaeological subject matter presents for environmental research and thereby the importance of preserving ancient fishing stations wherever they are found," says Ragnar.

Guðbjörg Ásta adds that for us in Iceland, all knowledge about cod, this species so vital to our economy, is extremely significant. "It is particularly gratifying to see how an interdisciplinary project based on the history of cod fishing in Iceland and the evolution of Icelandic fishing stations can create knowledge of marine and fish ecology that has international relevance," she says. It is worth noting, too, that this study is particularly consistent with the new Strategy of the University of Iceland, HÍ26, which prioritises interdisciplinary collaboration and international impact.

The article in Scientific Reports is part of a larger research project by Guðbjörg Ásta, Ragnar and their colleagues and further results are expected over the next semesters. "Many people have expressed interest in collaborating on this study, since the subject matter is so fascinating, and we have always welcomed such interest. So hopefully the project will continue to develop over the next few years. We ourselves are moving on to slightly different topics, each in our own way, and will probably be spending more time out to sea and under the sea over the next years rather than digging up old bones," concludes Ragnar. The pair have also researched the impact of a warming climate on the behaviour of juvenile cod and Norwegian whaling stations in the Westfjords.

The article in Scientific Reports is available on the journal website. 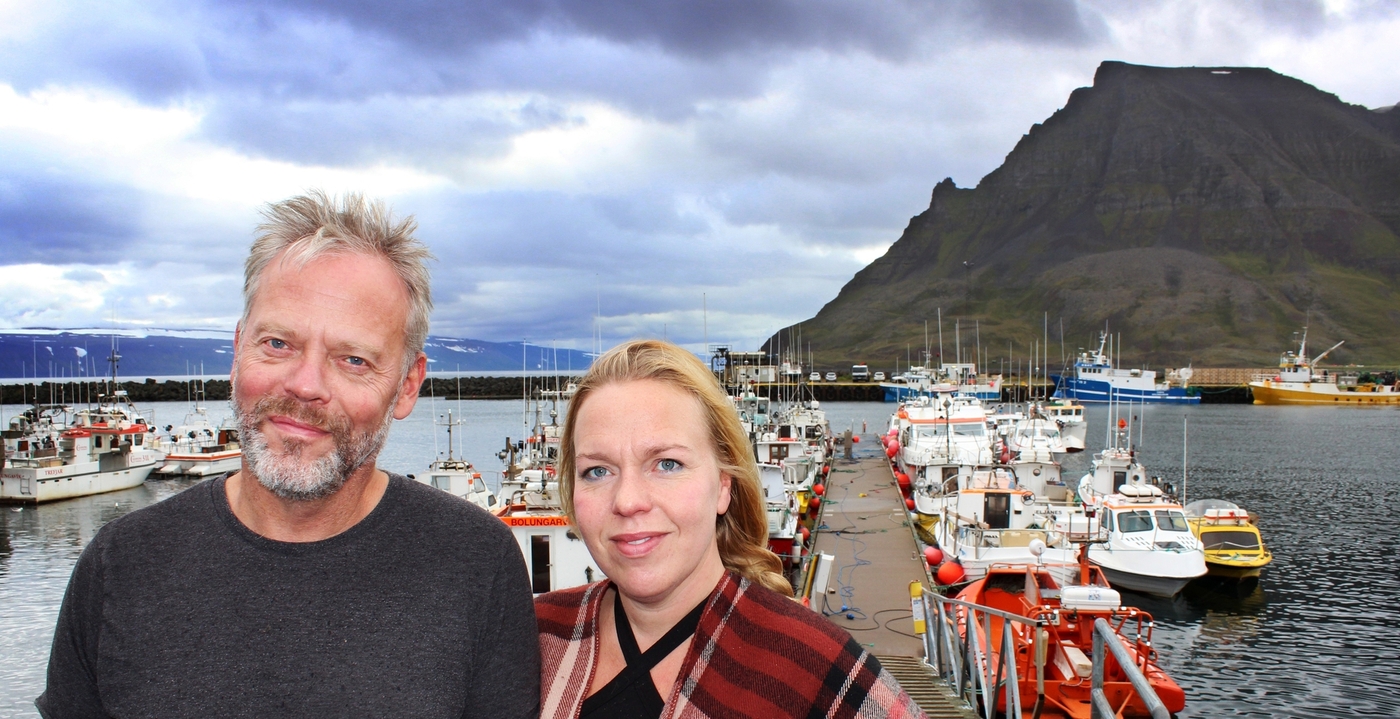