Investigating the behaviour of juvenile cod

Cod has long been the most important white fish for the Icelandic economy. On a clear autumn day in the Westfjords, you might spot a little boat out beyond Dvergasteinn in the Álftafjörður fjord. There is not a breath of wind and aboard the boat are two women pulling in a net. They are not fishing for mature cod, though, but rather the juvenile fish, which they want to keep alive and tag in order to learn about those stages of the cod's life that have long been a mystery to humans.

"We tag the juvenile cod with audio transmitters in order to map their behaviour in natural conditions," explains one of the women, Guðbjörg Ásta Ólafsdóttir, glancing up briefly as she switches on the outboard motor with a quick tug. She knows what she is talking about, since she is a research specialist and director of the University of Iceland Research Centre of the Westfjords, where she has developed interdisciplinary studies into coastal resources and their use. 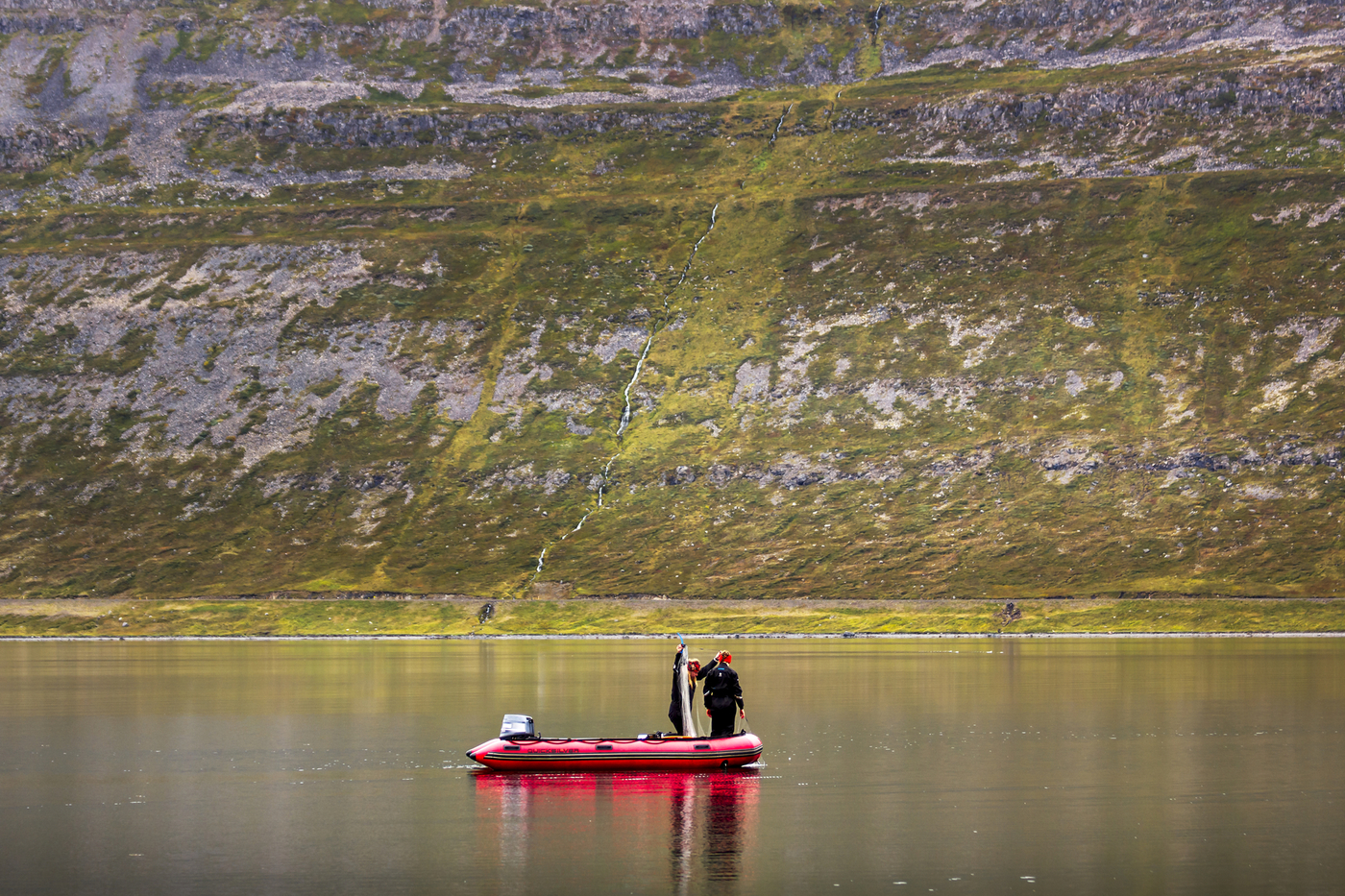 When she switches the motor off again, she tells us that she and her colleague Michelle Valliant, a Master's student, are looking at the habitat use of juvenile cod, their reactions to changes in sea temperature and how long they stay near the coast.  The mortality rate among cod spawn in their first few months is incredibly high, up to 99%. Rising sea temperatures are on the horizon and are likely to affect the cod's survival. "We want to see whether individuals react differently to sea temperature. We also want to look at whether the tagged juveniles are eaten by larger fish."

But how can they tell what these tiny fish are up to and whether they've been eaten as they struggle for survival beneath the waves? They insert an audio transmitter into each fish's abdomen before releasing it back into the sea. The PhD student Anja Katrin Nickel performs these little operations like a skilled surgeon. This enables the scientists to map the movements and behaviour of tagged juveniles in the first stage of their life. Specialised measuring devices are placed in the sea at the spawning grounds which detect the audio signal from each tagged fish.

The way in which juvenile cod grow up is a puzzle

Guðbjörg Ásta says that very little is known about the ecology of juvenile cod here in Icelandic waters. It is therefore incredibly important to gather knowledge of the areas that the spawning population uses and when, since there are a lot of human construction projects in coastal areas, causing considerable disruption. This certainly applies to the area around Ísafjörður, where a road is being built close to the coastline with heavy-duty machinery in the Álftafjörður fjord, where the scientists are conducting their research. The same is true of Seyðisfjörður, the next fjord to the south, where major road building works are currently underway. You don't have to look far back in the media archives to find discussions of the strain on marine ecosystems caused by climate change and increased human activity in coastal areas.

"With better knowledge, we can organise protection for juvenile cod habitats and so help to preserve the migration types of cod spawn," says Guðbjörg Ásta, who is passionate about researching the impact of environmental factors on the biodiversity of different marine stocks and exploring how to preserve this important diversity.

Guðbjörg Ásta says that the project appealed to her personally because it combines many different factors. "For example, the project is technically demanding and requires carefully planned and physically challenging field work. It is also important both from a practical point of view, i.e. the findings can be used to preserve and protect cod stocks, and from an academic perspective, providing fascinating insights into how behavioural changes, in this case migration, come about and are perpetuated in wild populations."

Guðbjörg Ásta Ólafsdóttir and Michelle Valliant conducting their research in  Álftafjörður fjord. "I must say that the practical value of this research for Icelandic society is extremely high, since we desperately lack basic information about the fish around us and their habitats. We need this knowledge to properly plan how to protect and use these resources." 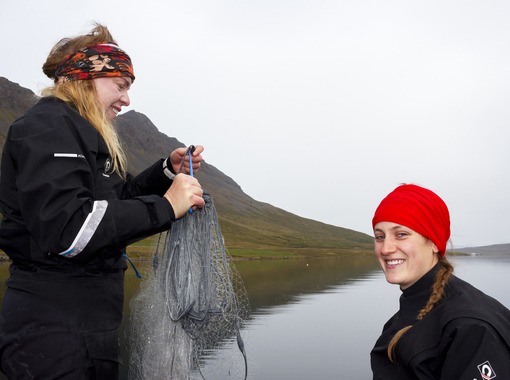 Important research for society and for science

"We use DNA analysis to find out whether the tagged fish have genes that are linked to migrating to feed or genes linked to remaining close to shore. It will be interesting to learn whether cod that follow these different movement patterns behave differently right from the juvenile stage," says Guðbjörg Ásta.

To expand on this point, it is worth explaining that the cod we catch here in Icelandic waters vary in that some remain in shallow waters all their lives while others migrate to deeper waters after growing up near the coast, even going to great depths in search of food, swimming up and down on vertical currents.  These two varieties are also not identical in appearance.

There is no doubt about the value of this research, not least the new knowledge it will generate about the origins and impact of migration in cod, a subject that we have hitherto known little about. The project will also help us understand external influences on spawning populations of the white fish which are considered one of the most important resources for the Icelandic economy. Research of this kind can therefore provide a foundation for conservation programmes and important counter measures.

"I must say that the practical value of this research for Icelandic society is extremely high, since we desperately lack basic information about the fish around us and their habitats. We need this knowledge to properly plan how to protect and use these resources." 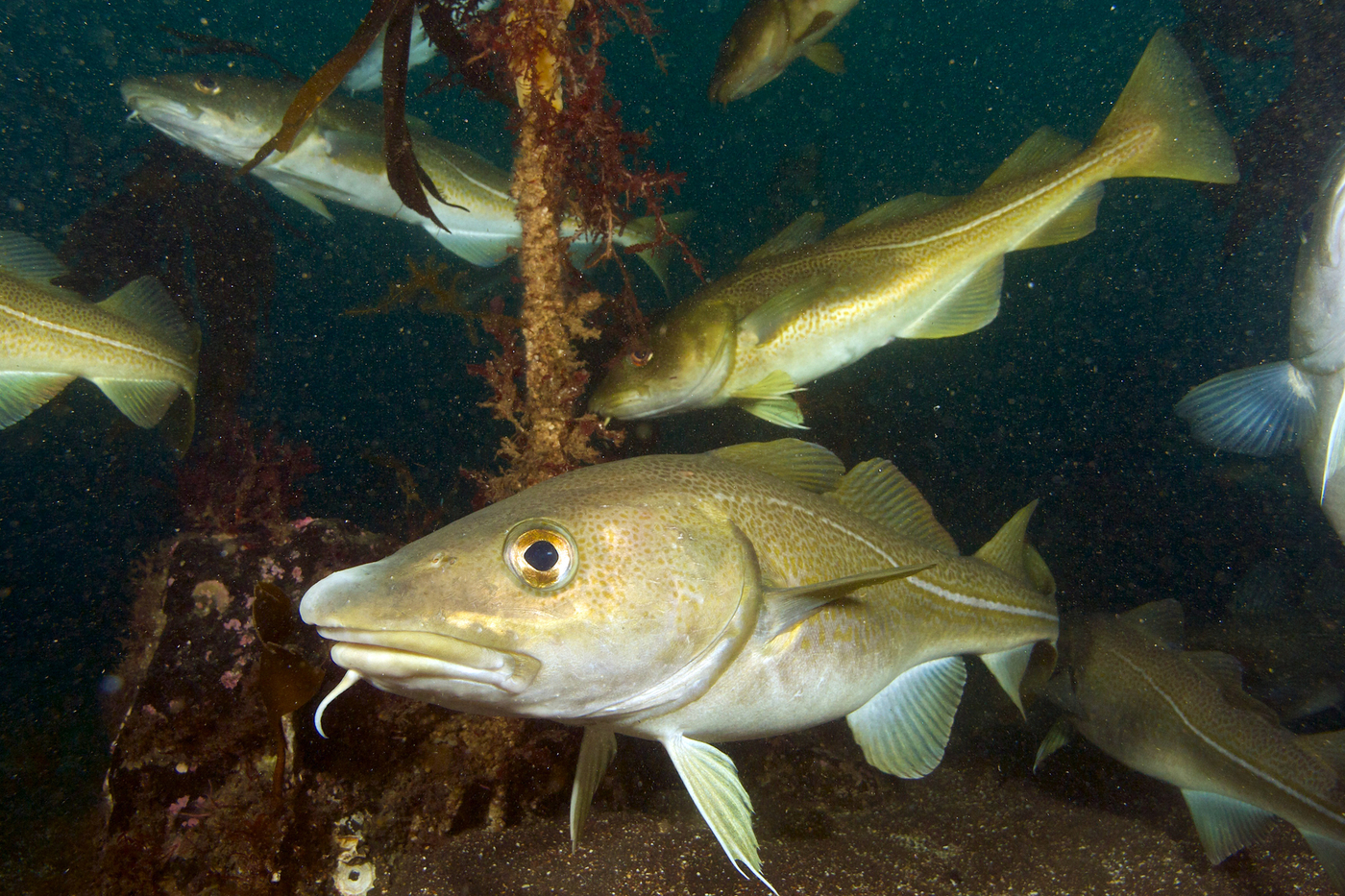 Guðbjörg Ásta is an extremely prolific scientist. For example, she has attracted a lot of attention for her interdisciplinary research that aimed to reveal historical information about cod stocks. That research was a collaboration with the scientist and archaeologist Ragnar Edvardsson, who has conducted excavations of old fishing stations in the Westfjords. Guðbjörg Ásta's research into ancient fish bones from these digs showed variations between cod from different periods, going as far back as the settlement of Iceland, and revealed the status of cod stocks in different periods.

Guðbjörg Ásta demonstrated that cod stocks were significantly larger at the time of the settlement than they are today, but collapsed long before the introduction of industrialised fishing techniques, by the beginning of the Late Medieval Period.

She has published a number of articles in internationally respected journals and the impact of her research has been significant. She was born in 1976 and has some knowledge of geography and geology, which she studied at the University of Iceland before turning to biology. This background has helped her interpret her findings from the research on historical cod stocks and in analysing the impact of environmental changes on the biosphere. 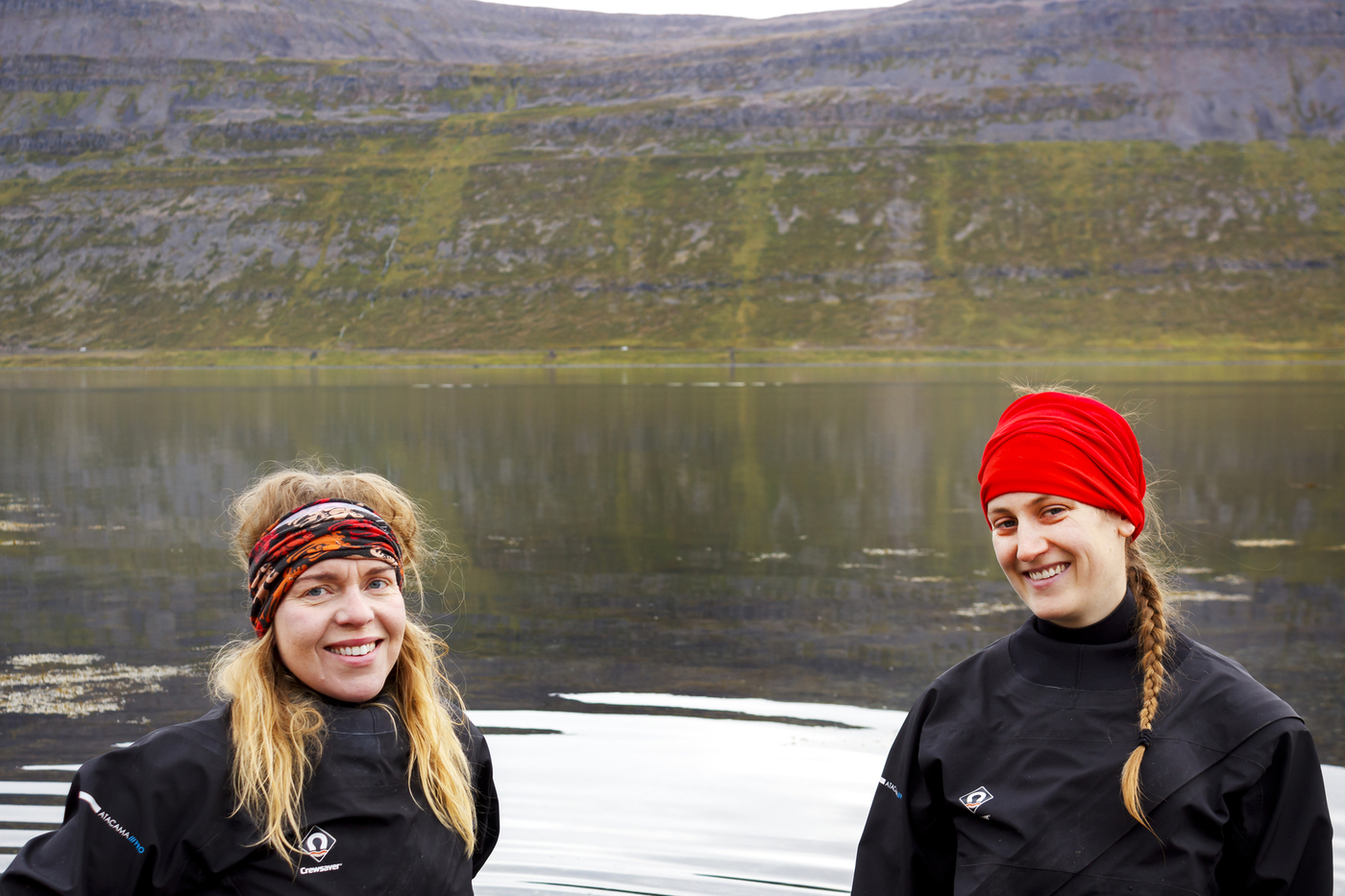