World bench press champion at the University of Iceland

There are many high achievers working and studying at the University of Iceland, and their achievements are not limited to the world of academia. One example is Matthildur Óskarsdóttir, a second-year BS student in physical therapy sciences, who earlier this autumn managed to take the title of world bench press champion in her class. Matthildur spoke to us about her victory, as well as her studies in physical therapy, a subject choice partly inspired by her interest in powerlifting.

"When I was 13 I sprained my ankle quite badly in gymnastics. That was my first introduction to physical therapy, because I went regularly to physical therapists who were trying to fix my ankle. After a year of these troubles, I decided to quit gymnastics and just get a gym membership. I was 14 years old at that point and had literally no idea what I should be doing at the gym," said Matthildur, discussing the events that led to her starting weightlifting.

At that time, she didn't dare to set foot inside the weights room, but eventually decided to join her mother who was then taking sessions with the private powerlifting trainer Ingimundur Björgvinsson. "There was no turning back and 6 months later I competed at my first meet, setting 14 national records. A year after that I travelled abroad to compete in the Nordic and world championships," says Matthildur, who has won a total of over 20 prizes from Icelandic and international competition, setting 107 national records in the process.

"What? Am I the world champion?"

The pandemic has had a serious impact on Matthildur's opportunities to compete in powerlifting, since many meets have been postponed both in Iceland and abroad. A welcome chance presented itself in October, when the Junior World Bench Press Championships took place in Lithuania. Matthildur won the title of world champion in the 84 kg junior class. Her winning lift was 117.5 kg, undoubtedly more than most people at the University could bench press.

But did her victory come as a surprise, considering her previous achievements? "Yes, I have to say it came as a huge surprise! But that just made it so much better. I went there just planning to have fun, going to my first meet after a two-year break due to the pandemic – I wasn't stressed at all," she says.

Matthildur reports that the competition was a thrilling one. "I didn't start particularly well and my first lift, 112.5 kg, was disqualified, so I decided to try again at that weight. My second attempt was successful so I went up to 117.5 kg, and my opponent did the same.  I was a little heavier than my opponent and I went before her, so I had to succeed and then hope that my opponent's lift would be disqualified or that she would fail," says Matthildur, explaining that the rules decree that if the top two competitors lift the same weight, the winner is the one who is lighter.
Matthildur successfully completed her lift. "But it was too heavy for my opponent that day and then I realised: "What? Am I the world champion?"" says Matthildur, describing the unforgettable moment.

"I've been in this sport for so long, for the last year of compulsory school, all through upper secondary school and now in university, that I can't really remember a time when I didn't go straight from school to training. It's also an individual sport and I'm very lucky because I decide when I train. But I try to keep a routine, always training on the same days at the same time," says Matthildur Óskarsdóttir, BS student in physical therapy sciences 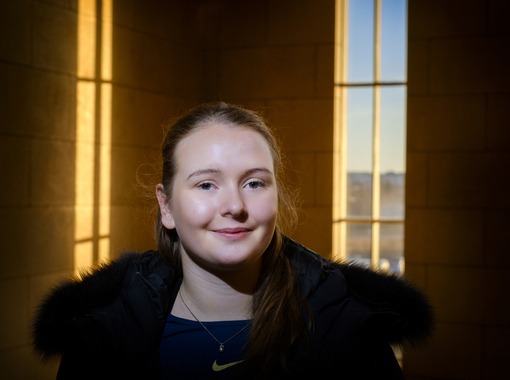 Balancing the demands of her studies and her sport

Powerlifting has had an impact not only on her non-academic life, but also on her choice of degree subject. "After two years in the sport, I started experiencing pain in my ankle again. I went to many different physical therapists and doctors to try to get to the bottom of the problem. Finally, a doctor found out what the issue was. Surgery was the only option, followed by a long rehabilitation process with a physical therapist. That was when I started thinking this could be a rewarding career, helping people recover from injuries or accidents and so much more that I later discovered about the work of physical therapists," says Matthildur, who is now in the second year of her physical therapy degree.

Sporting excellence demands incredible discipline and a lot of hard work. Matthildur generally trains for two and a half hours, four times a week, alongside the challenges of her degree. But how does she manage to find time for her studies alongside training and competing? "I've been in this sport for so long, for the last year of compulsory school, all through upper secondary school and now in university, that I can't really remember a time when I didn't go straight from school to training. It's also an individual sport and I'm very lucky because I decide when I train. But I try to keep a routine, always training on the same days at the same time. School and university have generally been quite flexible with allowing me time to compete, but the worst thing is that the biggest meets often clash with exam periods. Sometimes I've had to choose between school and a meet and then I prioritise school," says Matthildur, who also enjoys hiking and cycles everywhere.

European and world championships coming up next year

Matthildur explains that she is still at such an early stage of her degree that her knowledge of physical therapy hasn't helped her much in powerlifting yet, "but I have acquired more knowledge about the body and a better understanding of why certain exercises should be more useful for me than others. I'm also a bit more sensible about injuries now. I'm more likely to take it easier in training and respect my limits instead of pushing through the pain," she adds.

As previously mentioned, the pandemic has had a considerable impact on Matthildur's ability to compete over the past two years. "Next year will be my last chance to compete as a junior before getting into the serious adult classes, and I'm really excited about that," she says, looking to the future. "The next meet on the calendar is in Reykjavík in January, the World Bench Press Championship is in May and the European Bench Press Championship in August. My main goal is just to enjoy the sport and the travel and have fun," she says.

But what about the physical therapy degree, what does she plan to do after graduating? "Right now I want to do something related to prevention and education or working with athletes, but I expect I will change my mind as I get further on in my studies," concludes the world champion. 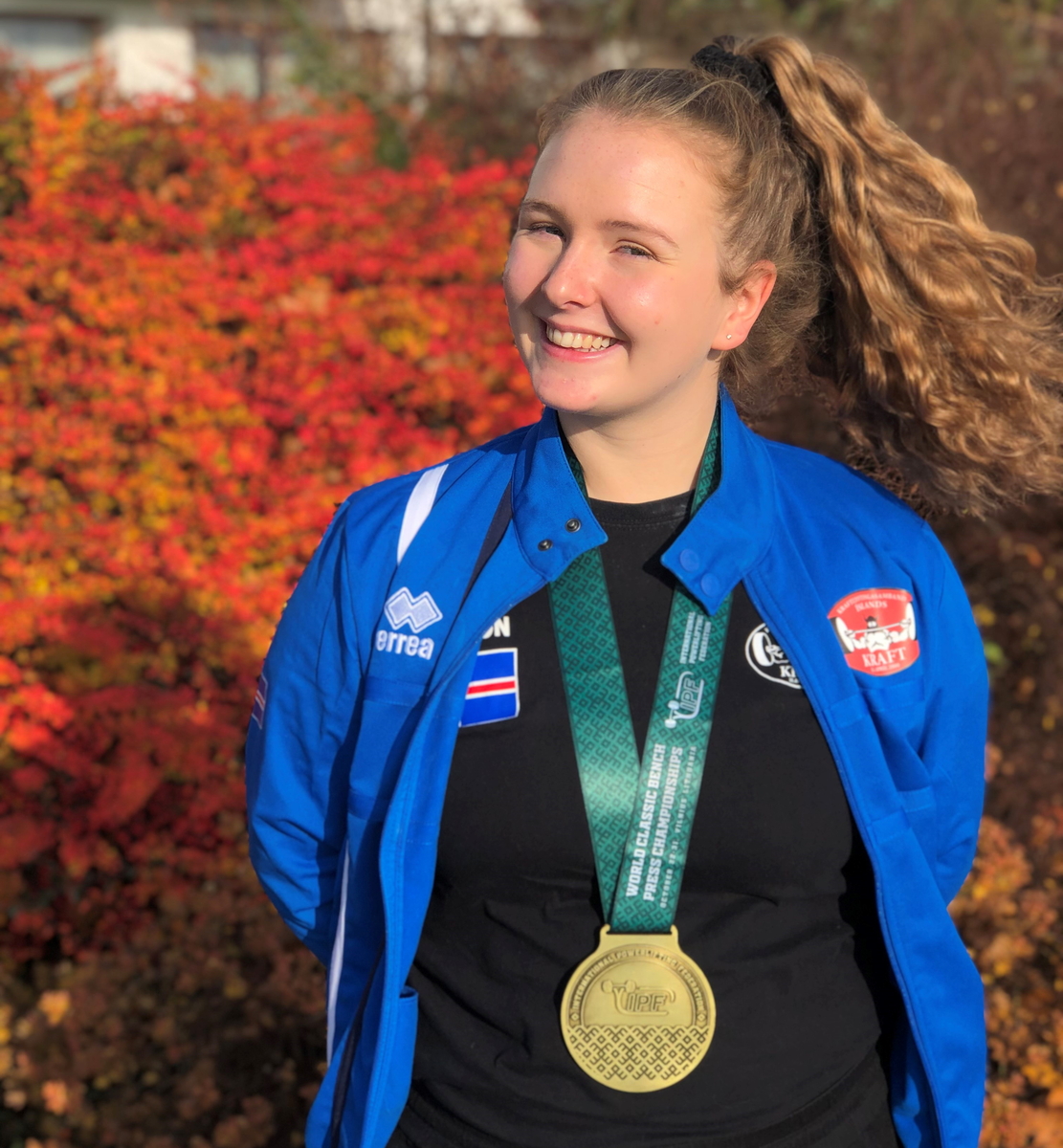