Demonstrating extraordinary courage and resolve, two former students of the UNESCO Gender Equality Studies and Training Programme (GEST) at the University of Iceland School of Humanities  managed to escape Afghanistan with their families and travel to Iceland. The students, who were both working to promote equality in their native country, were believed to be in fatal danger after the Taliban returned to power.Anybody following the news in recent weeks will be aware of the chaos that erupted in Afghanistan following the withdrawal of US troops and the return of the Taliban. Nations around the world have instructed their citizens to return home and scrambled to evacuate large groups of Afghans believed to be in serious danger due to the nature of their work.

Last Tuesday, the Icelandic government decided to welcome up to 120 Afghans, including all former GEST students from Afghanistan, their spouses and children. The GEST programme, which has been running for the past 12 years, provides both theoretical and practical education for experts from low income countries, conflict zones and post-conflict zones. The goal is to train students in their specialist fields, leaving them better equipped to advance gender equality in their own countries.

"As soon as the government arrived at its decision, the Ministry for Foreign Affairs asked for our help to locate and contact our former students. It wasn't an easy task because many of them were already on the run or in hiding," says Irma Erlingsdóttir, Director of the GEST programme and Professor at the Faculty of Languages and Cultures.

Three of the students had claimed asylum in other countries. "Most of the students who were still in Afghanistan had not been working for international organisations, such as NATO or the UN, but rather for domestic NGOs and various government ministries. This meant that they not yet been offered protection. Some of them had written to us a few days earlier and told us of their concerns," says Irma.

"We worked around the clock to establish and maintain contact with these students who were still in Afghanistan and help them leave the country. There are regular black outs in Afghanistan and the internet connection is unreliable; so it was often a long wait to hear back from them. Many of them had also closed their social media accounts for fear that they would be misused to get information on them. Finally, we decided to seize the short window of opportunity and attempt to rescue three families who were living not far from the airport in Kabul: three former students, their husbands and children," says Irma. The Consular Affairs Unit of the Ministry for Foreign Affairs oversaw the government operation in cooperation with NATO staff at Kabul airport to bring the refugees to Iceland. GEST’s efforts were also conducted in collaboration with Nína Björk Jónsdóttir, Director General of GRÓ, Centre for Capacity Development, Sustainability and Societal Change.

The goal of the GEST programme is to strengthen the knowledge and skills of experts from low income countries, conflict zones and post-conflict zones to help them design and implement projects and/or research in their own countries that focus on gender equality and social justice. In recent years, around 20-23 people a year have graduated from the 30 ECTS diploma programme. 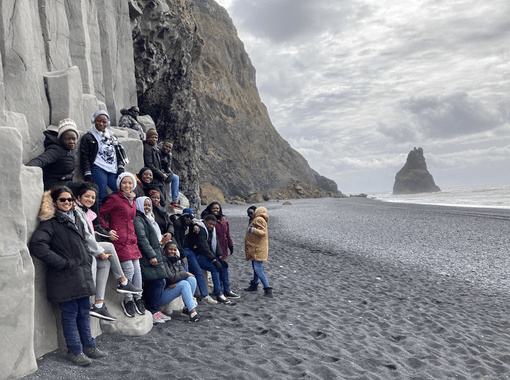 Scenes of chaos have dominated the airport in Kabul these past few weeks, with thousands of people attempting to flee on board the planes leaving the country. "The situation at the Abbey gate, where the families of our former students assembled on Wednesday, was horrific. There were huge crowds and regular gunfire. People were in serious danger with the Taliban attacking anyone who tried to approach the gate, adults and children alike," says Irma.

There were reports that a suicide attack was possible –and for this reason, a former GEST student, her husband and two children decided to leave the airport and wait for another opportunity. The woman has been an advocate for women's rights throughout her career, which has included work for local ministries and UN organizations .

"A little while later, the other two families finally managed to reach safety on the other side of the gate and enter the airport. The families arrived at the gate just before sunrise early on Wednesday morning, around 5am in Kabul and 1am in Iceland. They had printed out an Icelandic flag so the soldiers could spot them in the crowd. In Iceland we were concerned about their situation, but we also saw the extraordinary resolve and courage of these families. At the last second, the decision was made to get the youngest child to safety with relatives in Kabul since there was no way to get it through the crowds. We were in direct contact with our former students the whole time and luckily the phone connection held. We had been warned that this might not be the case. Finally, we managed to locate the group with the help of an Icelander working for NATO at the airport who later took the lead on getting the families into the airport area itself. A  Nordic special forces unit located at the airport fetched the families from where they stood around six to ten metres away from the gate. The operation would never have been successful without the help of this Icelander," says Irma, adding that it was an enormous relief to hear that the people were inside the airport. "The silence before we got the news felt much longer than it was. It was incredibly difficult to know that they were in these horrifying circumstances.

"The next day, another attempt was made to help the family who had chosen to return home, "but the window of opportunity had closed. There was no way to get them to the gate and into the airport," due to the threat of attacks.  36 hours after the GEST students left the country many people were killed in a suicide attack at the Abbey gate.

The two students and their families who had managed to escape arrived in Iceland from Copenhagen on Friday. "One of the students, who was educated as a sociologist and journalist, worked in the Ministry of Urban Development and Housing. Her job involved advocating for and writing about women's rights to own land and their involvement in town planning. She also worked as a journalist and had published many articles about the status of women and the importance of advancing women's rights. The other woman is an economist and worked in the Ministry of Women's Affairs before moving to the Office of the President to manage gender budgeting. The husband of one of the women was also in danger due to his work for the former government.  Both women completed theses for the GEST programme which they used directly in their work," says Irma.

The Taliban are known for their strict interpretation of the Quran and their last period of rule in Afghanistan was a time of oppression for women, when they were unable to access education or work. The lives of women who have devoted themselves to women's liberation, women's rights and gender equality are, therefore, under threat if the Taliban return to their past practices. "They have implied that they intend to rule differently now, but then we hear of female students removed from universities. Their actions do not match their promises. There are many women in Afghanistan who have worked publicly on gender equality issues in different government ministries or for independent organisations or other institutes. Some have been prominent in the media and as leaders in this field and others have cooperated closely with Western states or international organisations," says Irma.

She adds that the same applies to men who have been working in this area. "Two men who completed the GEST programme have led significant projects in Afghanistan – one is a doctor and the other a nurse, and they have focused on making it easier for women to access health care as well as fighting gender-based violence. One of them has claimed asylum in the UK and the other is working out in the countryside, a long way from Kabul." 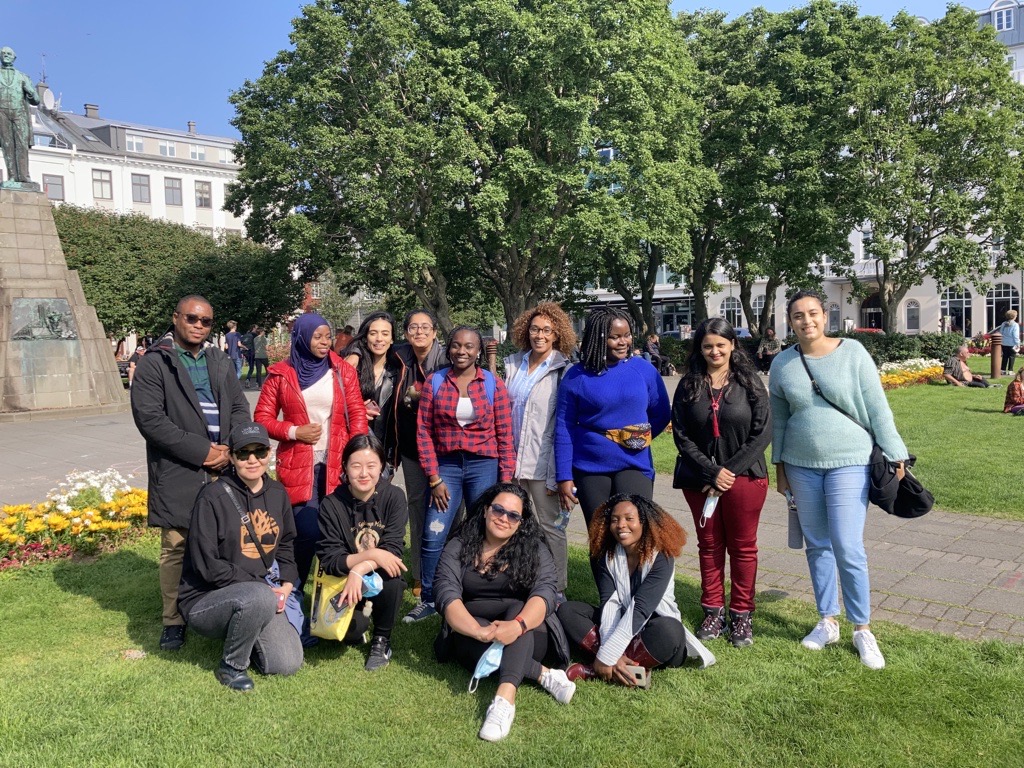 Twenty stuents are currently enrolled in the GEST programme and are in Austurvelli in the centre of Reykjavík in this photo.

The GEST programme was established in 2009 and is run as an interdisciplinary department at the University of Iceland Faculty of Languages and Cultures. It was part of the operations of the United Nations University, but is now affiliated with a new institute called GRÓ, Centre for Capacity Development, Sustainability and Societal Change ( https://www.grocentre.is). GRÓ operates under the auspices of UNESCO and plays a role in Iceland's international development cooperation. In total, the programme boasts 152 graduates, hailing from 25 different countries, all of which are defined as low income countries or conflict zones (former and current), including Afghanistan, Palestine, Uganda, Mozambique and Malawi. At the beginning of August, the programme welcomed 20 new students, with 25 more expected in January 2022.

Instructors from all UI schools teach on the GEST programme, as well as experts from various other local institutes and grass roots organisations here as well as foreign experts and academics. The patron of the programme is Vigdís Finnbogadóttir (see: www.gest.org.)

The mission of the GEST programme is divided into three key areas. Firstly, education and training that aims to strengthen the skills of experts in gender equality and social justice. Secondly, the programme is home to interdisciplinary research and project development. And thirdly, emphasis is placed on transnational dialogue and knowledge exchange, e.g. through conferences, short courses, online courses and publications. 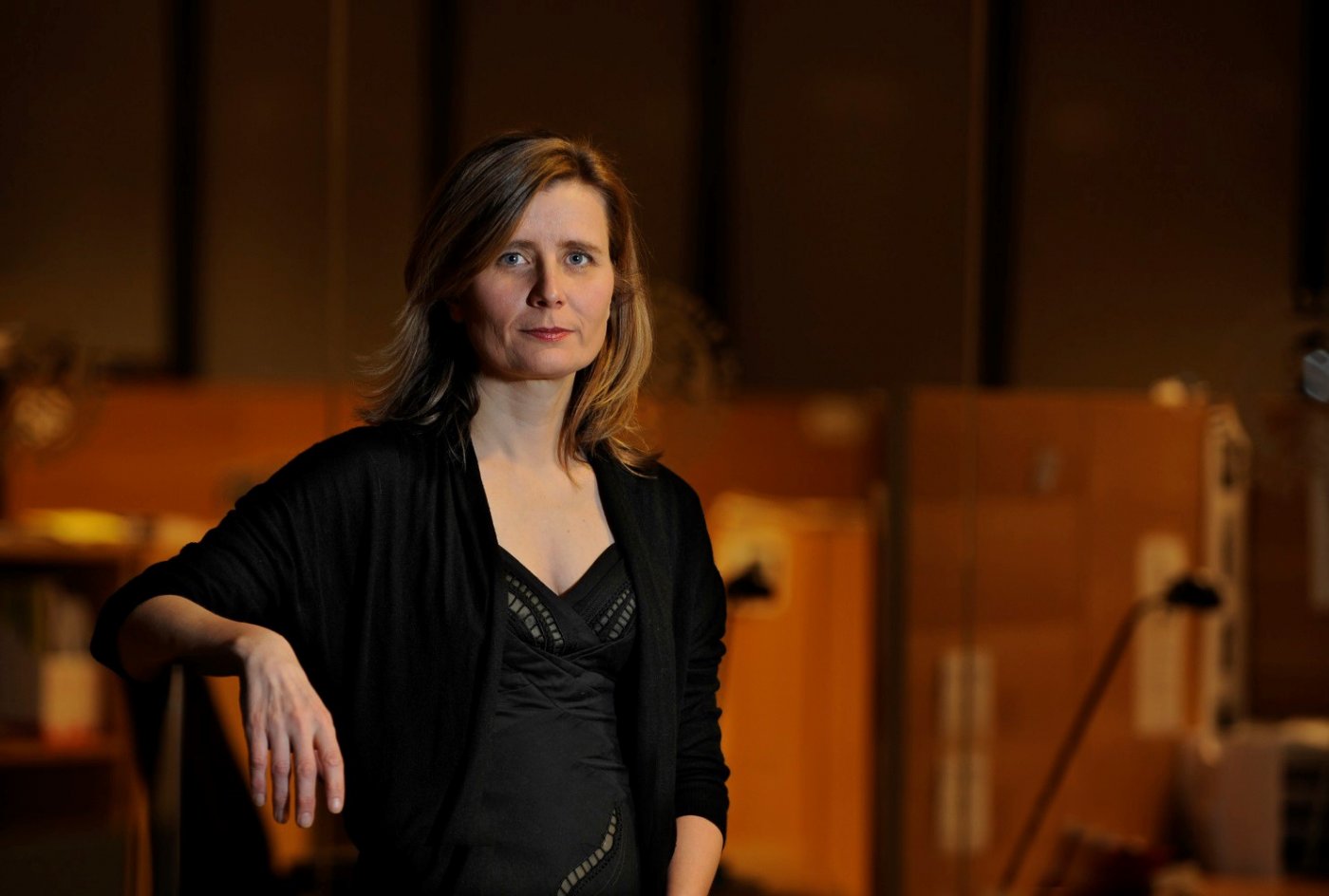