Seeking solutions for people who want to get out of prostitution

The Strategy of the University of Iceland places great emphasis on societal impact and tackling today's pressing and complex challenges. Equality is one of the guiding principles in the strategy and it states that University operations are to have a broad impact and be utilised to promote equality, improve public health, and foster prosperous development of society.

Gyða Margrét Pétursdóttir, Professor of gender studies at the University of Iceland, conducts numerous studies in this spirit. She focuses on diverse and complex factors in her research concerning the rights and experiences of people in different societal settings. Gyða Margrét says nothing is beyond the scope of gender studies, giving her the freedom to cast a wide net in her research as everything in society has a gendered dimension.

"It is vital to address all issues with knowledge, based on the experiences of the people being discussed and put that experience into a theoretical context," says Gyða Margrét who is currently working with Sveina Hjördís Þorvaldsdóttir on a study on the experiences of people in prostitution. Sveina is a researcher at the University of Iceland and will graduate with an MA degree in October 2022. They are searching for ways for societal development in a positive way in their research, by studying and evaluating what resources need to be in place for people in prostitution who wish to get out of prostitution.

"The reasons for choosing the word prostitution, not sex work, in our research is because our interviewees talk about their experiences in that manner," says Gyða Margrét. Most of them have sought help at Stígamót, a centre for survivors of sexual violence, as they experience prostitution as sexual violence.

When asked where the research subject came from, Gyða Margrét explained that "the so-called Swedish model which makes the purchase of prostitution illegal but not its sale" was approved in the government in 2009. Neither the circumstances of people in prostitution, nor what resources needed to be in place should they want to get out of prostitution have been mapped out since the law was passed.  This study is meant to fill this knowledge gap.

Carried out in collaboration with Stígamót

The current University strategy stipulates fruitful and close collaboration with industry and public institutions in all major fields. This study is conducted in close collaboration with Stígamót which has been interested in expanding their knowledge of this group for quite some time, as people involved in prostitution seem to struggle with even more serious consequences of sexual violence than others who seek their help.

"The study is meant to influence government policy making in this area and serve as basis for a discussion with the authorities on how we can assist people in prostitution and what resources need to be in place for the people who want to get out."

The novelty of this research is considerable as it is the first of its kind, to the best of Gyða Margrét's knowledge, after the Swedish model was adopted in Iceland "and the aim is to improve conditions of a marginalised group in society, and will hopefully empower people who have been, or still are, in prostitution."

This is an interview study, and 14 interviews have been conducted with women who are, or have been, in prostitution.

"Most of them were subject to sexual violence as children and they all have a history of multiple traumas. Their social and/or economic standing is weak, and many go into prostitution to make ends meet. Many of them experience a certain empowerment in the beginning, however, the feeling gives way to fear and shame. They are dehumanised and experience indifference from the police and other public institutions regarding their circumstances and situation."

Gyða Margrét says that the study is an important contribution towards the UN Sustainable Development Goal on equality. 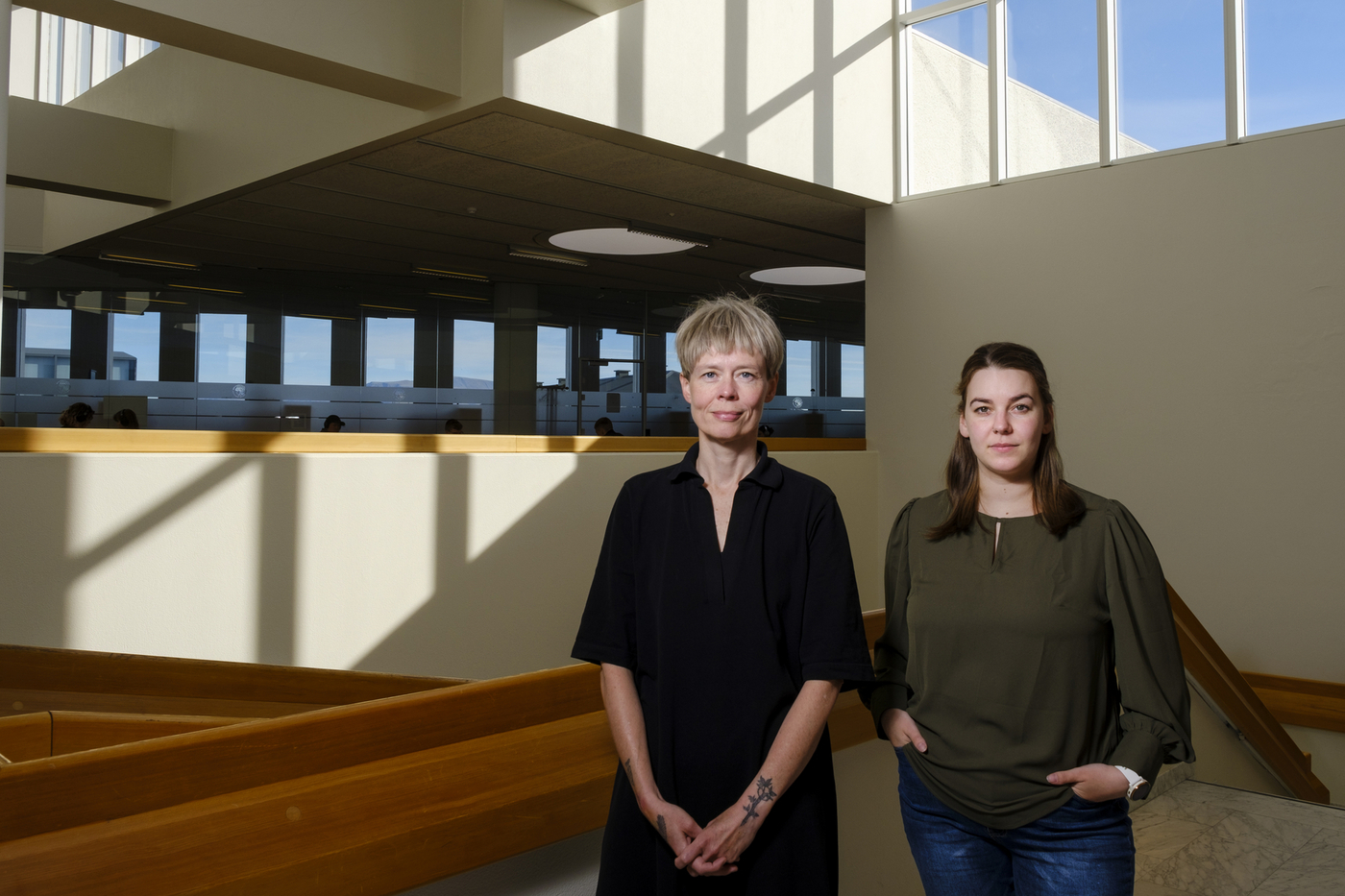