The collection is the product of an international research project conducted by a large group of research scholars with the aim to study the reception of Icelandic Medieval literature in North-America. The many fascinating articles in the book include Emily Lethbridge's overview of American travel writers who visited Iceland in the 19th century; Heather O'Donoghue's analysis of Neil Gaiman's interpretation of Norse mythology in his novel American Gods, and Verena Höfig's article about Vinland and racist extremism in the USA.  Tim Machan’s contribution is a weighty introductory chapter with a historical discussion of the legacy of ancient Norse culture in North and South America.  Other contributing authors are Bergur Þorgeirsson, Kevin J. Harty, Amy C. Mulligan, Simon Halink, Jón Karl Helgason, Angela Sorby, Seth Lerer, Matthew Scribner and Dustin Gerhard.

Jón Karl talked about his collaboration with Tim Machan in an interview last winter. There he says that many of the authors in the book focused on the so-called Vinland sagas, i.e. The Saga of Erik the Red and The Saga of the Greenlanders, which describe the Norse exploration of the eastern coast of North America around 1000 AD.  It then emerged that the history of the reception of medieval literature in North America has been marked by ideas held by Americans of Anglo-Saxon and Germanic origin about their own excellence, some of which are less dignified and intelligent than others.  "These ideas have unfortunately become more prevalent in recent years and decades. In this context, it is worth mentioning the so-called Vinland flag, which has become a symbol for white supremacists."

The book is available on the Manchester University Press website. 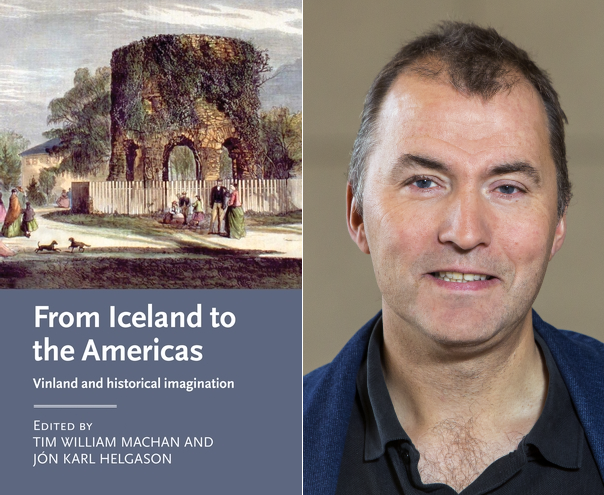