Prize for one of the best scientific papers in cosmology last year | University of Iceland Skip to main content
03/02/2021 - 10:50

Jesús Zavala Franco, senior lecturer in astrophysics at the University of Iceland Faculty of Physical Sciences, and his colleagues were recently awarded a prize for writing one of the best scientific papers to be published last year on cosmology.

The Buchalter Cosmology Prize is intended to recognise scientists who have published cosmology papers with the potential to produce ground-breaking discoveries in the field, which is about the formation and nature of the universe. Every year, prizes are awarded for the three best scientific papers in the subject, with the prize money totalling USD 17,500.

Jesús and his colleagues received third prize, a total of USD 2,500, for their paper "First Star-Forming Structures in Fuzzy Cosmic Filaments", which was published in the journal Physical Review Letters last year.

Besides Jesús, the research was conducted by scientists from respected institutions both sides of the Atlantic, including Princeton University, MIT, the Harvard & Smithsonian Center for Astrophysics, Université Paul Sabatier, the University of Bologna and the University of California.

Jesús has worked at the University of Iceland for around five years. His main research areas are cosmology and galaxy formation and evolution, with an emphasis on dark matter astrophysics. As the name suggests, dark matter is matter in the universe that we cannot see but which nevertheless exerts a gravitational pull, just like the visible matter in stars and galaxies. It is believed that up to 85% of matter in the universe is dark matter. We have reasoned theories about the existence of dark matter dating from almost a hundred years ago, but its nature nevertheless remains a mystery.

"The dark matter hypothesis establishes that most of the matter of the universe consists of a new type of particle (or particles) that we still have not discovered in laboratories, " explains Jesús. He adds that the dark matter hypothesis is the best explanation we have for the motion of galaxies and is crucial to understanding how galaxies formed and evolved through cosmic time. 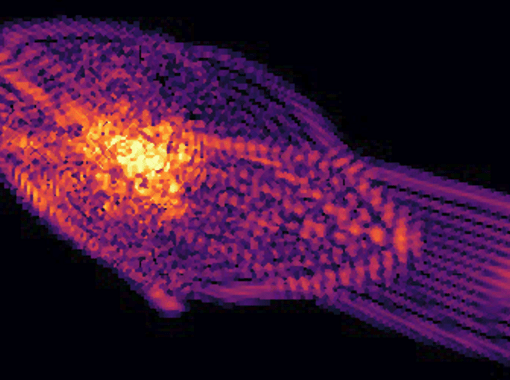 "Given the crucial role that dark matter plays, I believe that unravelling its nature is among the most pressing issues in physics," says Jesús, who uses supercomputer simulations to analyse potential dark matter candidates.

This research has led Jesús and his colleagues to look at so-called fuzzy dark matter, which according to Jesús consists of particles that are so incredibly light that their quantum effects have an impact at galactic scales. "Since 2017, I have been working in a collaboration to investigate the formation and evolution of galaxies through cosmic time in a "fuzzy" Universe using state-of-the-art simulations. In our most recent paper, for which we received the award, we were able to simulate how a universe consisting of fuzzy dark matter and ordinary matter might look like in its early stages, up to a time when the universe was just one billion years old. This is the first simulation of this kind and it has enabled us to make predictions in the fuzzy dark matter scenario, which could potentially be tested with future telescopes," says Jesús, mentioning the example of the James Webb Space Telescope, which is intended to succeed the Hubble Space Telescope as NASA's main telescope.

Jesús argues that the scientific value of this research lies not least in the fact that it is a significant step forward for the "fuzzy" dark matter scenario, putting it at a similar level as other theories on dark matter. Computationally, this is a remarkable achievement.

Fundamental research that satisfies human curiosity about the universe

"The public value of the research belongs to the category of fundamental research, which aims at satisfying human curiosity in understanding what the universe is made of. Dark matter exemplifies perfectly one of the most remarkable unknowns in our current understanding of the cosmos," says Jesús, adding: "In these extraordinary times, I would like to highlight the importance of science overall as a public endeavour. It is thanks to the support and trust that society puts in science that we have been able to navigate through the tremendous challenges of the COVID-19 pandemic. And it is thanks to the investment in fundamental scientific research over decades, in great part done at Universities worldwide, that the necessary knowledge to develop vaccines has been possible."

Jesús says it is a great honour to receive the Buchalter Prize. I recognise and admire the work of previous winners, some of which I know personally and have in very high regard. It thus gives me a great sense of satisfaction that the work that my colleagues and I have done has been recognised with this award," says Jesús, using the opportunity to thank the Icelandic Centre for Research and the University of Iceland for supporting the research. 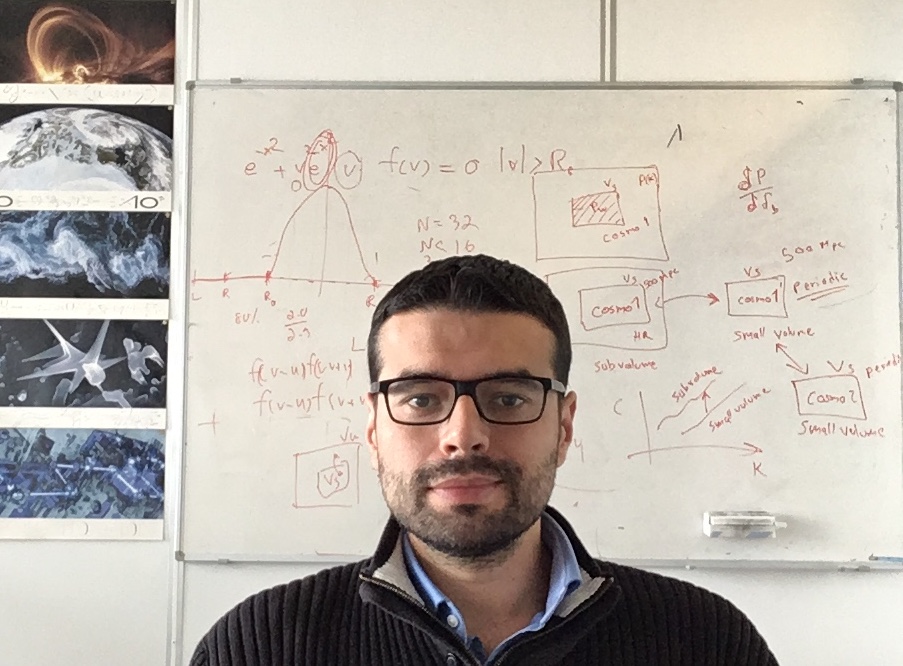