A digital map, showing all the places that occur in the Icelandic Sagas, won this year’s UI Applied Science Prize. Two other projects were rewarded; one on the development of cultivating algae that can be used to produce anti-oxidants, and the other on the development of a support- and treatment service for parents who struggle with difficult feelings due to changes connected with having children. The prize money was in total 3.5 million ISK, or double the amount last year.

This was the 17th time that the prize was presented. The aim of the prize is to strengthen innovation and entrepreneurship within the University by developing ideas and research findings for the benefit of Icelandic society. A total of 12 ideas were entered into the competition and prizes were awarded for the top three places. Original and practical ideas were sought from both students and academic staff within the University of Iceland early this autumn.

First prize in the amount of two million Icelandic krona went to the project Icelandic Saga Map. The map is the creation of Emily Diana Lethbridge, Post doc at the UI Centre for Medieval Studies; her collaborators on the project are Trausti Dagsson, ethnologist, programmer and designer; Hjördís Erna Sigurðardóttir, master’s student in History at the University of Iceland and assistant at the The Árni Magnússon Institute for Icelandic Studies; Gísli Pálsson, PhD student in Archaeology at the University of Umeå and the Institute of Archaelogy, and Logi Ragnarsson, programmer at Qlik.

The Saga map is digital and accessible to all on the internet. It is intended as a resource to guide specialists and non-specialists alike around the Icelandic Sagas from a spatial perspective. The map is the result of five years of research work on Icelandic mediaeval literature. An effort is made to connect literature to real landscape or places and the argument is that the places themselves can contribute to preserving the Sagas. The selection committee found the project to show unequivocally the value in using the Icelandic cultural heritage; be it for educational or recreational purposes. The project sheds a new light on the ancient Sagas for both Icelanders and tourists as the ultimate purpose of the map is to encourage and aid new readings of the sagas.

The choice of the award winning projects was in the hands of a special selection committee, which considered, among other factors, how quickly the proposal could be utilised. Other factors considered were whether the proposal was in sync with the University’s policies and operations, its originality, and how beneficial it would be for Icelandic society. 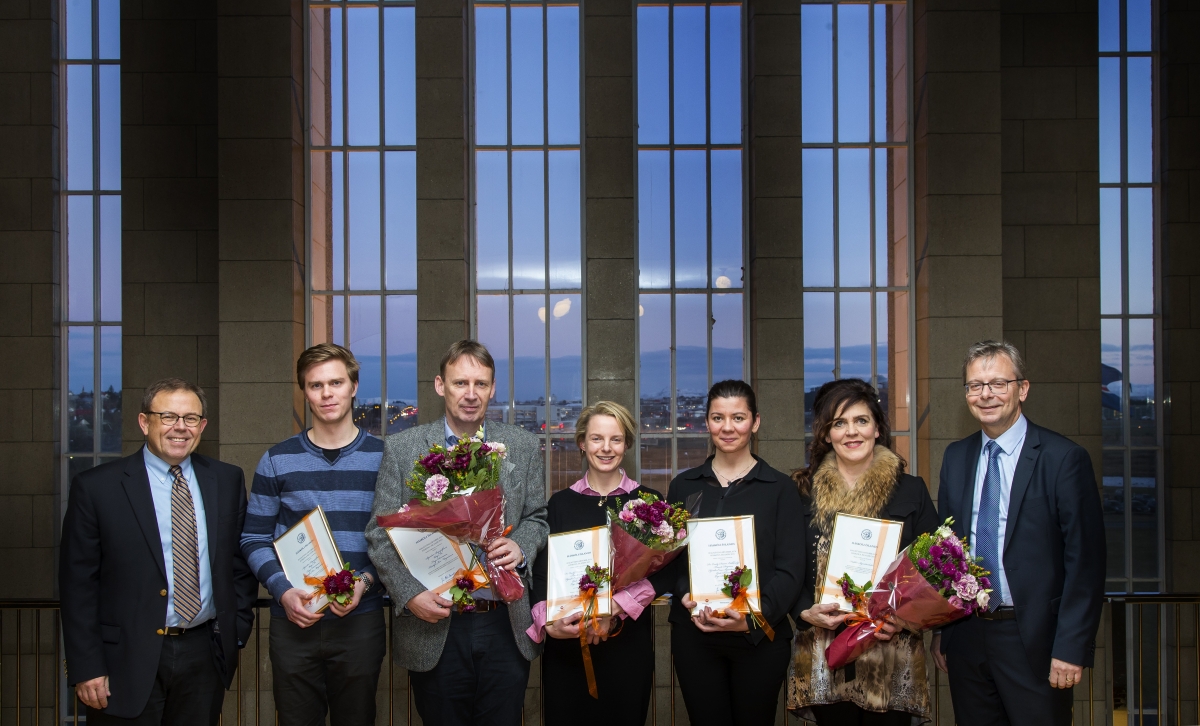