How was life in Seyðisfjörður during the Age of Settlement?

Seyðisfjörður has been on the news recently due to the natural disaster when the land-slide that went over the town due to heavy rain. An enormous amount of soil came down from the mountain over the lowland by the sea where numerous houses were damaged or destroyed. Soil is important for growing plants but it can also tell a remarkable tale. By the intersection of diverse scientific disciplines, and using new technology, research scientists can now analyse the DNA from different living organisms from soil dating back thousands of years. The research scientists do this by analysing the soil or what we call mud in our daily lives.

Skálanes is at the mouth of Seyðisfjörður, a true natural gem where Rannveig Þórhallsdóttir, PhD student in archaeology at the University of Iceland has conducted her research the last few semesters. Her study is on analysing genetic material or archaic DNA from plants and animals in cultural layers over a period of a thousand years. She has been digging into the farm mound in Skálanes and wants to unravel history with this novel research method.

"I am very interested in working across scientific disciplines using their diverse methods to better understand the research subject. In my study I use methods from bioscience, earth sciences, programming and the humanities to study the research material," says Rannveig who has always been fascinated by the age of settlement in Iceland.

Flipping through layers of sedimentary strata to examine the past

The scope of Rannveig's study is from our day an age almost all the way back to the settlement in the east fjords. In the Book of Settlements (Landnámabók), Bjólfur, blood brother to Loðmundur the old, who was considered to be both herculean and skilled in magical arts, came to Seyðisfjörður from Vör in Þulunes in Norway. His son was called Ísólfur and a daughter called Helga. Bjólfur gave Helga way to Áni the mighty. He took her from home all the way to the northern shore of Seyðisfjörður to Vestdalsá. If these events in Landnáma are accurate, Rannveig could possibly have found genetic material from living organisms from the time Bjólfur, Helga and Ísólfur travelled in Seyðisfjörður.

"In Skálanes I wanted first and foremost to find out whether it was possible to identify archaic DNA from soil in an archaeological context in Iceland. I was also interested in finding out what kind of animals and plants could be found in the soil from an archaeological context to better understand the residence on the land of Skálanes," says Rannveig when asked about the  research criteria.

She says that they already have certain results, these are considered preliminary results that will either be confirmed or disproved in the next stages of the study.

"The main thing is," says Rannveig, "that the method used in analysing archaic DNA from soil seems to work."

Rannveig says that research on archaic DNA from plants and animals can provide interesting results on the living condition during these thousand years that are being studied.

"This can be of considerable value for our community today. This can lead to increased understanding of where we come from and the conditions people lived with
Rannveig says that her study also has considerable value for science and archaeological research in Iceland generally as she can open a new world of possibilities related to interpreting living conditions in the past.

"A study such as this one is important to see the world from a new point of view, to understand the little things in a larger context - to look at the world as an astronaut looks down to earth." 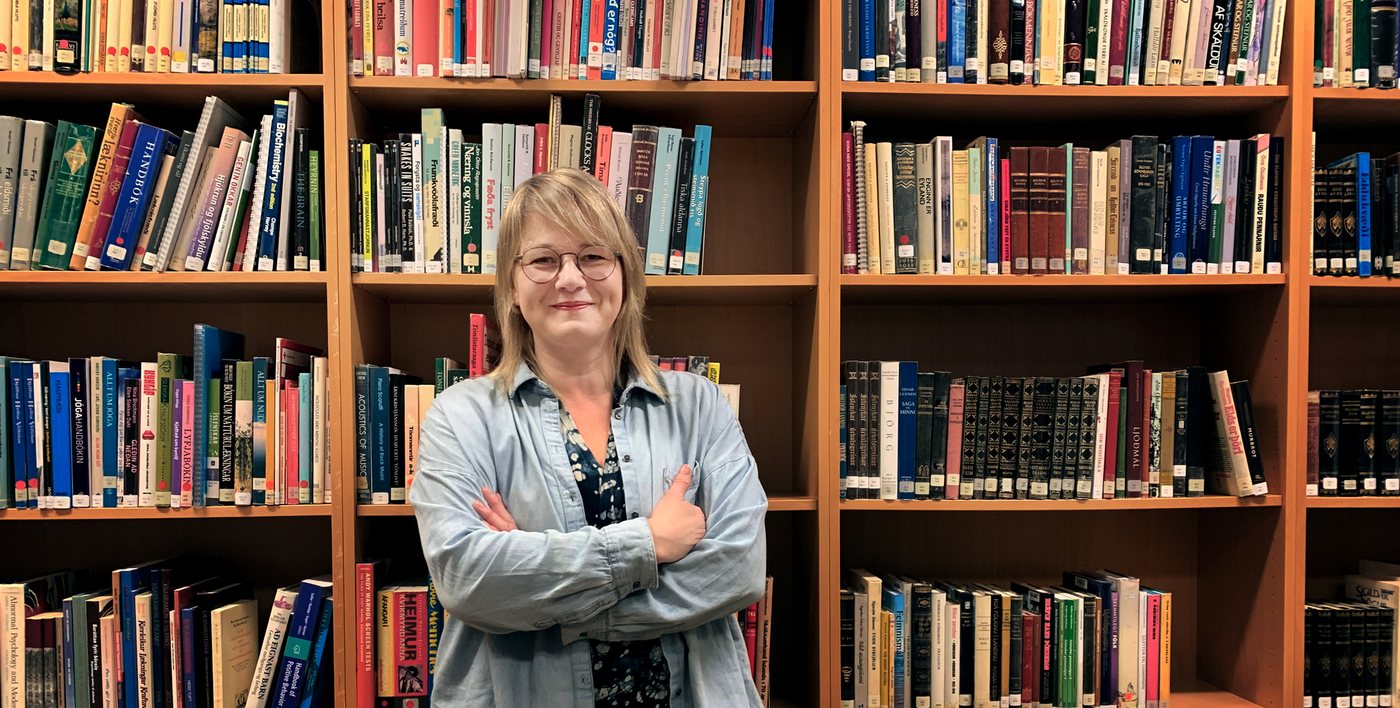