Exhibition on the presidency and work of Vigdís Finnbogadóttir to be opened | University of Iceland Skip to main content
21/06/2021 - 11:05

The letter was signed by Katrín Jakobsdóttir, Prime Minister of Iceland, Bjarni Benediktsson, Minister of Finance and Economic Affairs, Sigurður Ingi Jóhannsson, Minister of Transport and Local Government and also the acting Minister of Education, Science and Culture, and Jón Atli Benediktsson, Rector of the University of Iceland. The letter states that the government commits to supporting the exhibition in the radiotelegraph building which was, incidentally, first opened on 17 June 1918. The building will also house facilities for scholarship, research and various outreach projects.

"The influence that Vigdís Finnbogadóttir has had on Icelandic society, and particularly those Icelanders who grew up during her presidency, can hardly be overstated. Including, of course, the impact that it made when Icelanders woke up one morning in June 1980, having elected a woman as head of state, the first nation ever to do so. And in a very short time, Vigdís managed to unite the nation behind her. The general view at that time was that the President of Iceland should be a symbol of unity for the nation and in Vigdís, the nation soon found such a symbol of unity," said Prime Minister Katrín Jakobsdóttir in her address at the ceremony.

The letter of intent also states that the exhibition will receive an annual contribution from the state treasury, while the University of Iceland will be responsible for managing the exhibition and scholarship in the building, which will be integrated with the operations of the Vigdís International Centre in Veröld. The plan is to open the exhibition and other facilities next year.

At the 17 June ceremony, Vigdís Finnbogadóttir congratulated the University of Iceland and the nation as a whole on the occasion and announced that she planned to present the University and the Vigdís Finnbogadóttir Institute of Foreign Languages with various artefacts from her presidency, including letters, gifts from foreign heads of state and items of clothing. These will form the foundation of the exhibition in the Loftskeytastöðin building.

"It is my sincere wish that these items will provide an insight into and understanding of Icelandic culture and its place in history and contemporary global culture. Few things would make me happier than if these gifts could inspire young people and help them understand that no man is an island. We are a part of the main, and those who travel widely need their wits about them," said Vigdís as she presented the first artefacts. These were a wonderful sword, for the defence of culture and education, which Vigdís received as a gift along with an honorary doctorate from Tampere University in Finland, and two dresses from her presidency, including the famous woollen dress that she wore on her balcony in Aragata to greet the crowds the day after she was first elected president in 1980.

Vigdís Finnbogadóttir, the former President of Iceland, presents Jón Atli Benediktsson, Rector of the University of Iceland, with a sword that she received as a gift when she was awarded an honorary doctorate from Tampere University in Finland. Along with other artefacts, this sword will be the foundation of the new exhibition. IMAGE / Kristinn Ingvarsson 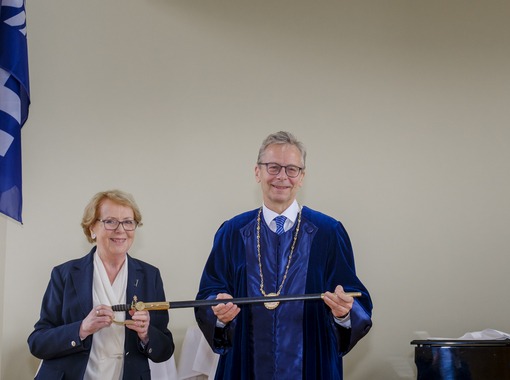 The University of Iceland has shaped society for 110 years

17 June 2021 marked 110 years since the University of Iceland was formally founded in the Icelandic Parliament House at Austurvöllur. That first year, there were 11 instructors and 45 students at four faculties. That was a long time ago and the University of Iceland has since been transformed from a school for public officials into an international research university, respected and with strong obligations both within Iceland and across the world.

In his address, Jón Atli Benediktsson, Rector of the University of Iceland, argued that there had been a kind of foolhardiness in founding a university in Iceland in 1911, when the population of the country was just over 85,000 and there was no building dedicated to the purpose. The first leaders of the University fully understood the weakness of its position, but were nevertheless convinced that it would prove auspicious for the Icelandic nation and that the University would in time "make its own small contribution to global culture, settle new territory in the realm of knowledge, working together with other universities," as it was worded. This prediction has certainly come true, said the Rector.

"The University of Iceland is today in a strong position. We are a comprehensive research university now working across five schools and 26 faculties. Since its foundation, the University has graduated around 55 thousand students who have made their mark in all areas of society and industry. The current student population includes people from almost a hundred different countries and totals around 16,000 all together. This dynamic group will have a huge role to play in shaping the future of the Icelandic nation," argued the Rector.

As well as Katrín, Vigdís and Jón Atli, there was also an address from Isabel Alejandra Díaz, President of the University of Iceland Student Council. She emphasised that the University of Iceland is a community of students, instructors and other staff with the shared goal of creating a dynamic, tight-knit university that is a source of knowledge and innovation for the advancement of our society. "The University of Iceland is home to a diverse group of students, people from various backgrounds with all kinds of dreams, who come together to bring to life the buildings in Vatnsmýri and the greater Reykjavík campus," said Isabel. She added that the University could best cultivate its role as an open community by guaranteeing access to higher education for everyone, regardless of social or economic background.

More photos from the event 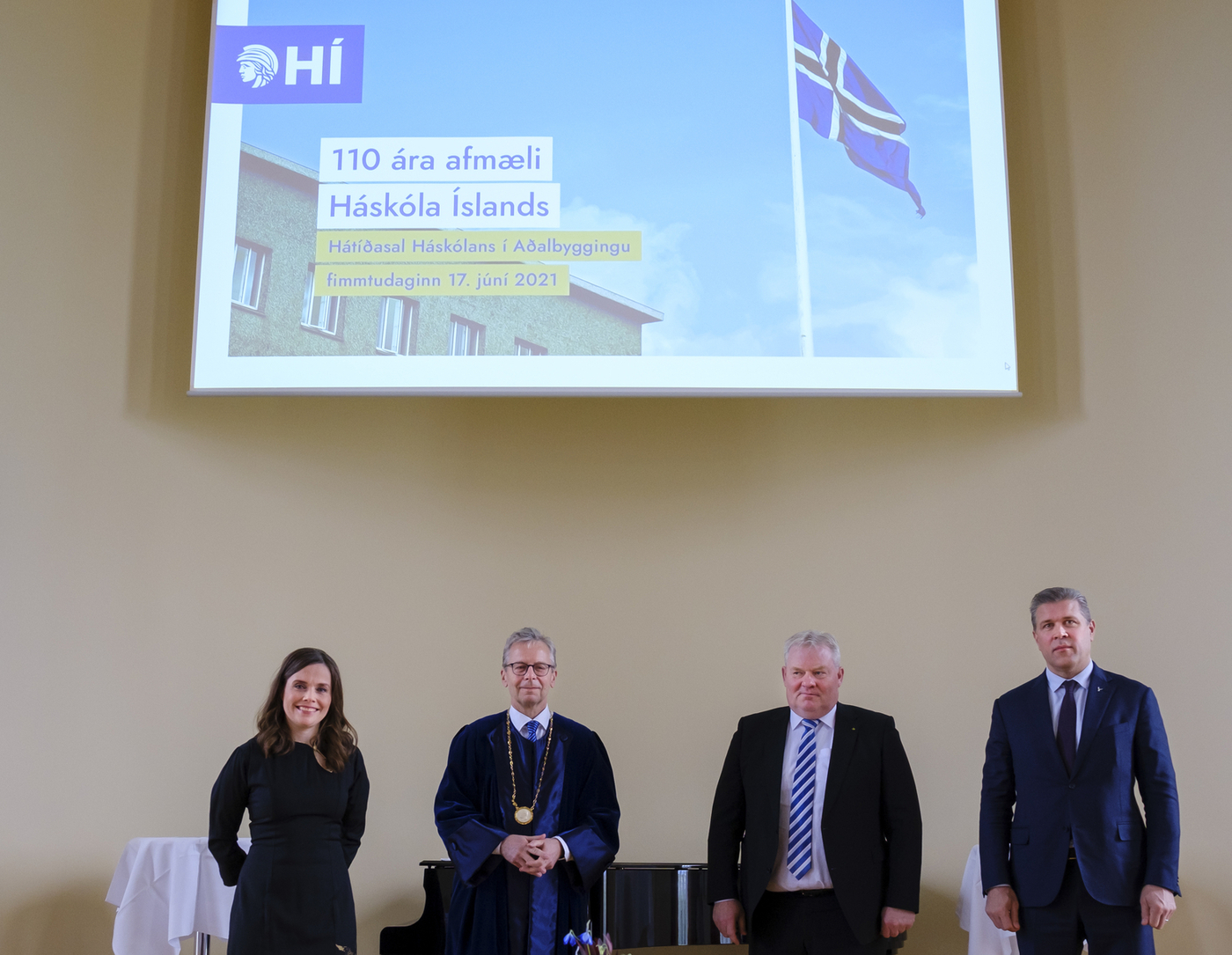