"The study examines visual cognition in dyslexia. By that I mean how the brain interprets the information gathered by the eyes such as perception of forms, things, visual attention," says Heiða María Sigurðardóttir, post-doc in psychology, on the research she has been working on recently.

Heiða points out that we do not only see with our eyes. "The brain is equipped with enormous photo-shopping abilities to process and interpret everything we see. Written language is in fact one type of visual stimulus that needs to go through the entire visual system before we understand its meaning. This brain machinery was in fact not designed to tackle reading so it is not surprising that many experience difficulties performing this odd task," she points out.

The preliminary results show that those who are dyslexic not only encounter difficulties in recognising words, but also more difficulties than the average person in distinguishing faces and other complicated things. 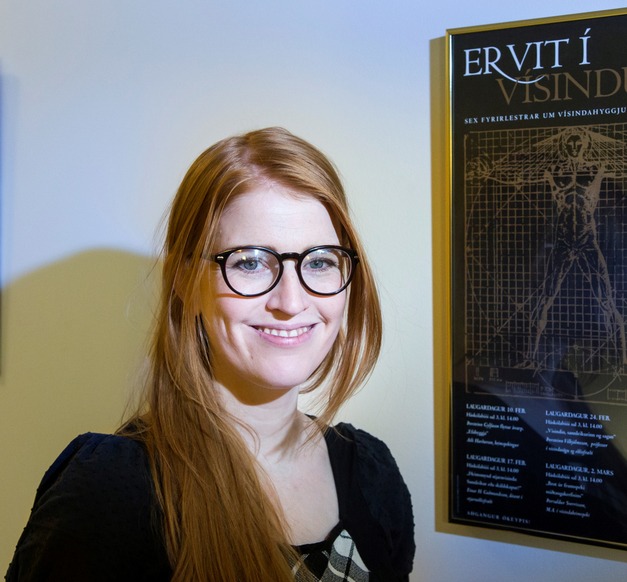 Heiða has for some time now worked on basic research on visual cognition during which time the idea for this project was born. "I sometimes met with people in my trials that I happened to know were dyslexic. These people seemed to have difficulties with tasks involving visual perception even though the tasks had nothing to do with reading," she says.

The preliminary results show that those who are dyslexic not only encounter difficulties in recognising words, but also more difficulties than the average person in distinguishing faces and other complicated things. "Our findings indicate furthermore that dyslexic people have difficulties with learning what usually goes together in the environment, so-called visual statistical learning. Both findings support the possibility that reading difficulties of dyslexic readers are the most obvious results of a more general disorder in visual cognition," says Heiða.

Heiða is starting her scientific career and when asked about her drive for research she says that only the incredibly curious last in the hustle that is scientific research. "It is incredibly easy to get lost in day-to-day toil, the rat race for  grant allocations and publishing the most articles. It is important to remember why you got into this in the first place, which is this magic feeling of wonder of how the world works, trying to understand how this all hangs together," she says.