The need for specialists in Eastern European studies

Jón Ólafsson, professor at the Faculty of Foreign Languages, Literature and Linguistics and the Faculty of Icelandic and Comparative Cultural Studies

Iceland has a serious lack of specialists on certain countries and areas of the world. In a world where all business can be international business and Icelanders operate an independent foreign policy, there is a desperate need for people with extensive knowledge of Russia, the former Soviet Union and other Eastern European states. This need exists in the fields of education, politics and business, to name a few examples," says Jón Ólafsson, who started work as a professor at the University of Iceland in early 2015. Jón is employed 50% in Russian studies at the Faculty of Foreign Languages, Literature and Linguistics and 50% in cultural studies at the Faculty of Icelandic and Comparative Cultural Studies.

Russian has been taught at the University for many years, but one of Jón's intended focuses in his work is to develop Russian studies at UI. "I think that as well as offering studies in Russian at the BA level with the appropriate courses in Russian history, contemporary culture, literature and politics, there should be a Master's programme in Russian and Eastern European studies. There is a dearth of Icelandic experts in these fields. Now it just so happens that there is a growing group of Icelanders of foreign origin. Many of these speak Russian or other Eastern European languages to some extent. In my opinion, these people are our future experts on that area of the world and therefore it is important that the University offer an appropriate programme," says Jón.

"In recent years my area of interest has moved more in the direction of cultural studies, which can be described as an interdisciplinary subject directed towards, e.g., power, ideology and the management and production of knowledge. Cultural studies are therefore closely related to political philosophy." 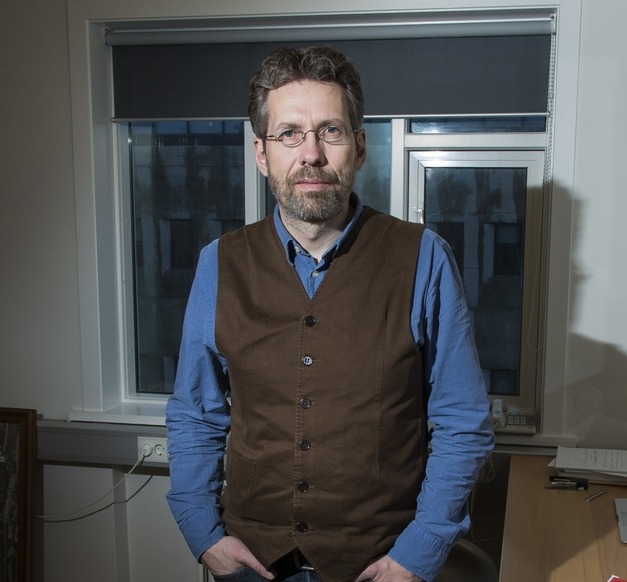 Jón has himself conducted research and written books on the subject of the Soviet Union and Russia, including the book Appelsínur frá Abkasíu (Oranges from Abkhazia) which was nominated for the Icelandic Literary Prize in 2012 and the Hagþenkir Non-Fiction Prize. "I have been interested in Russia and the Soviet Union ever since I was in secondary school, and after I completed my BA in philosophy I was offered a grant to live in Moscow for a year. It was the fateful winter of 1989-1990, when the communist governments of Eastern Europe toppled one after the other and this collapse ultimately led to the dissolution of the Soviet Union at the end of 1991. When I was studying for my doctorate in philosophy in the USA, I also completed a degree in Russian studies and have since then partly directed my research towards Russia and the history of the Soviet Union. One thing leads to another – once you've got a taste for something there's no going back," he says.

Jón's research has also focused on political philosophy and ethics and he has written extensively about democratic theory. He edited the book Lýðræðistilraunir (Experiments in Democracy), which was published in 2014 and discusses innovations in the field of democracy in Iceland after the economic collapse, in particular the matter of the new constitution. "In recent years my area of interest has moved more in the direction of cultural studies, which can be described as an interdisciplinary subject directed towards, e.g., power, ideology and the management and production of knowledge. Cultural studies are therefore closely related to political philosophy," says Jón, and it is clear that he will be a valuable addition to cultural studies at the University of Iceland.