The general public engaged in data acquisition on whales

"There has been a positive change in Iceland as general interest and observation of whales has increased, both among tourists who sometimes come to Iceland for the sole purpose of seeing whales, but also among Icelanders themselves. We believe that there is opportunity in this increased interest to recruit the general public," says Edda Elísabet Magnúsdóttir, post-doc in biology at the University of Iceland and project manager of WhaleBase. She has, along with computer scientists and other biologists, developed a new website on whales with the aim to engaging both specialists and the public all around Iceland to gather better data on whale migration.

"The marine flora and fauna around Iceland is precious and very diverse, and whales are an essential element of this treasure. Due to their way of life it is especially challenging to gather data on them as whales live their whole lives out in the sea and often far from land making access to them limited. Evaluation of the distribution and number of whales often entails expensive expeditions which only give a snapshot of the number and distribution of whales at any given time. It is invaluable to find ways to gather information on whales in places where they are seen regularly from land, and are often found around fishermen and other sea-farers," says Edda asked about how this project came about.

The purpose is to make a system that encourages the general public to gather data on whales around Iceland. "Citizen Science is a particularly effective way to encourage the gathering of data for scientific purposes that would otherwise not have been available. This is, at the same time, a unique opportunity to educate and inform the public about whales," says Edda and points out that there is a long standing tradition of the public and amateur enthusiasts counting birds and seals in Iceland. There is considerable interest among people in Iceland for such a contribution, especially in the smaller districts where the inhabitants have close connections to nature.

"Citizen Science is a particularly effective way to encourage the gathering of data for scientific purposes that would otherwise not have been available. This is, at the same time, a unique opportunity to educate and inform the public about whales," says Edda Elísabet Magnúsdóttir, post-doc in biology and project manager of WhaleBase. 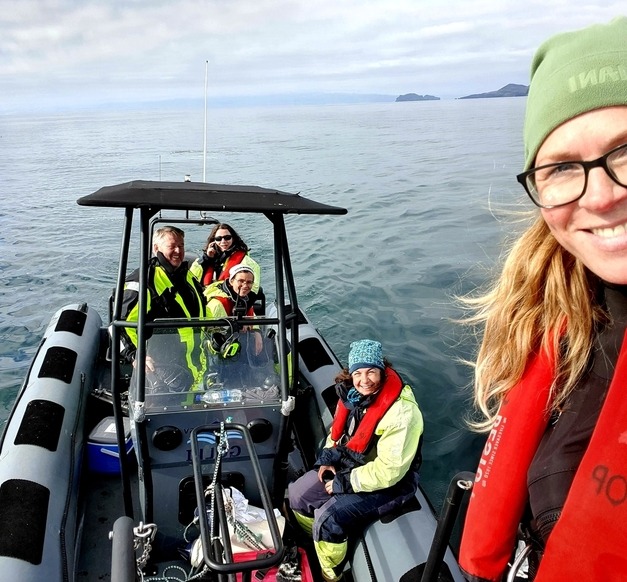 Changes in flora and fauna call for more data

Edda has devoted her entire career as a university student and scientist to whale research. These include whale communication in the ocean and seasonal behaviour. "We have noticed considerable changes in the behaviour and the number of whales around Iceland in recent years. These changes go hand in hand with changes in the marine ecology in the Arctic. There is little knowledge available on how climate change will effect the whale community in the Arctic and even less on the entire ecosystem. One of the changes we believe to see is the increase of certain species in certain areas and then the possible decrease in others.  Furthermore, there seems to be an increase in the stranding of whales, both living and dead, and increased frequency of whales that get caught in fishing gear. These situations have encouraged us to seek every means to gather all possible data that can lead to increased knowledge and understanding on whales around Iceland," she says.

Edda adds that systematic whale count has taken place several times around the country but they have been executed within a short time frame thus providing limited information. "Important data on whales have been gathered in recent years from the limited areas that include whale watching, up and running most of the year, and this has proven invaluable for the scientific community, however, there is a certain lack of information from other areas around Iceland.  With public participation in gathering information on whales around Iceland you get a more extensive database in more diverse areas than has hitherto been possible, both with observations from land, ships and smaller boats," she says.

Develop a registration and information system on whales

To find an efficient way to gather information from anyone who has observed whales and is interested in sharing such information a user-friendly and accessible system is needed. The system Edda and her colleagues are working on in the WhaleBase project is precisely that.  "When such data starts to accumulate a valuable database on the activity of whales around the country will emerge. To increase our knowledge and understanding of important whale habitats around the country in different seasons it is important to get in touch with seafarers all around the country, and those who stay for shorter or longer periods by the coast and can register information on the whales they observe," she says. 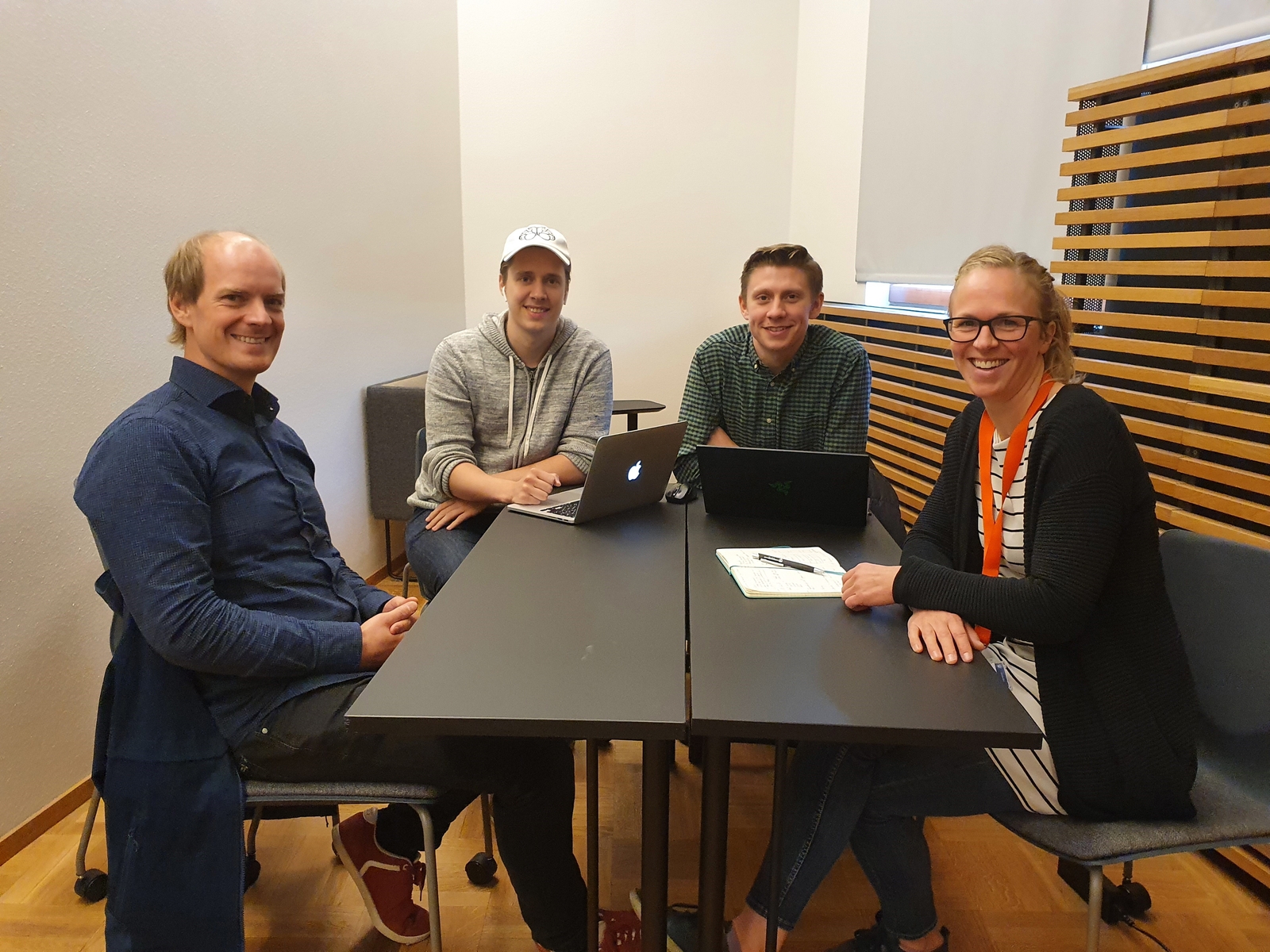 "Egill and Ágúst have developed the WhaleBase website from scratch, and a prototype of a registration and information system to register whales observed around the country. They will emphasize an engaging presentation of data gathered, which will be of interest to the public as well as researchers.  We hope that the prototype of the site with statistical and geographical presentation of data and a guide to how to recognise different whale species will be launched this autumn," Edda says.

She adds that following this test run further funding will be sought and ways to activate the data gathering system in Iceland. "We expect that the WhaleBase website and the database will be based on a wide spread network of contacts providing information on whales in their areas or on their travals, both specialists and amateurs. 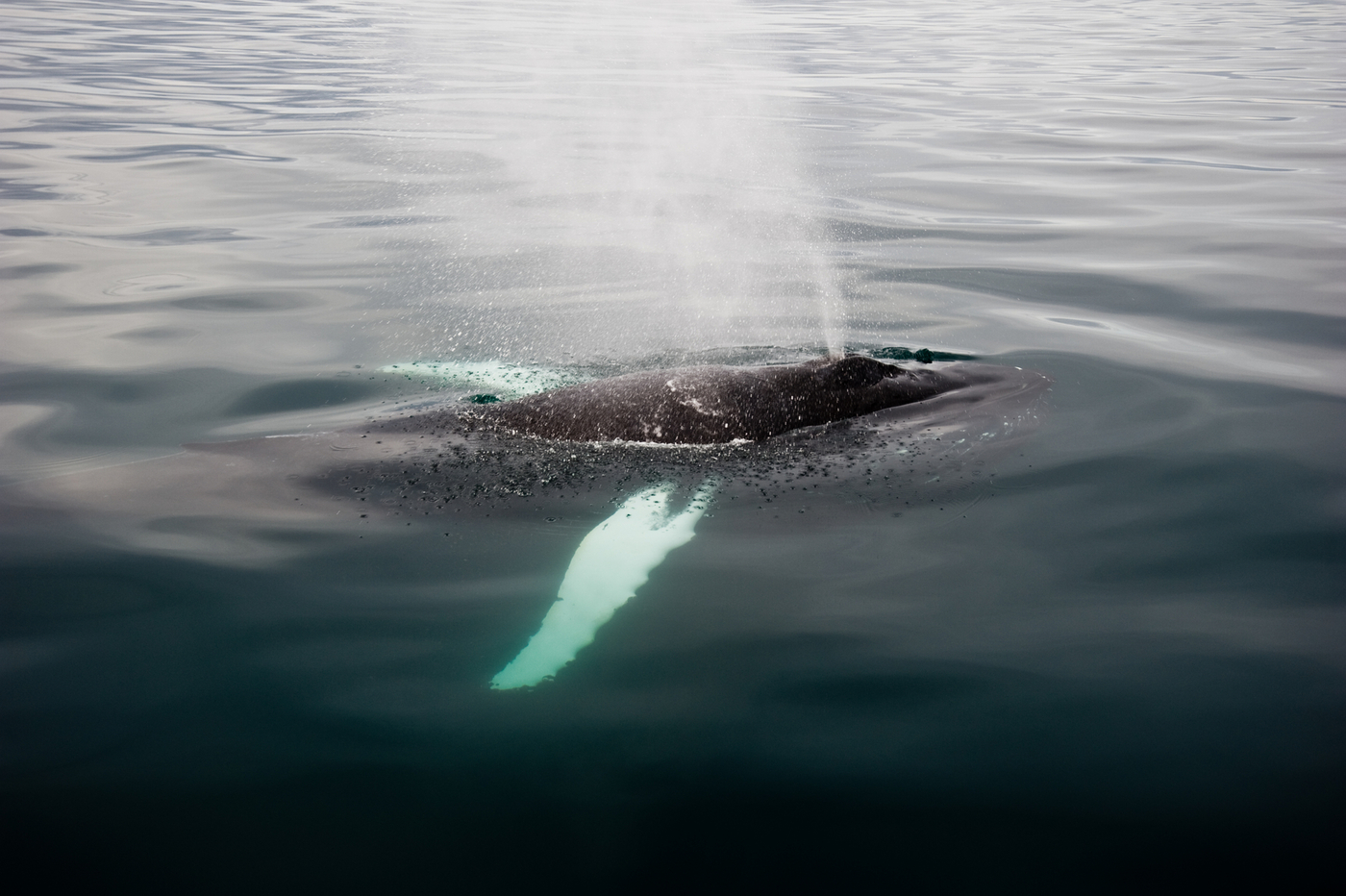 The system can be used to rescue whales

The next step will be exploring the feasibility of developing an app. "We expect that the site will be useful as a source of information on whales, their behaviour and habitats around Iceland, with interesting statistics that may prove useful to many different parties, in schools, the travel industry, scientists or the public. The goal of the project is also to develop a network of whale enthusiasts.  This provides various opportunities for collaboration between scientists, the public and industry," Edda adds.

The project can prove useful to municipalities and private parties in developing travel opportunities in new areas, as well as in policy making and education on conservation and to whale watching companies already in operation. An important element is working with small fishing companies and smaller coastal towns with unique opportunities to register whale activity.
"The goal is that the site will provide a more direct way for the public to alert the appropriate authorities on whales in distress," Edda adds.

She also points out that if the project is successful an enormous amount of valuable data on whales around Iceland will be available, with data on various species, habitats, seasonal differences etc.  “This will provide a unique overview, hitherto unobtainable.  An effort like this is especially important now because changes in the sea are becoming more and more visible, and therefore increased knowledge on marine ecology is invaluable.  Whales' locations, their behaviour and migration provided a strong indication on conditions in the sea,” she concludes.