Substantial grant to evaluate changes in attitudes among European nations

Sigrún Ólafsdóttir, Professor of Sociology at the University of Iceland

Researchers at the University of Iceland participate in the European Social Survey (EES) that recently received almost €5 million in funding from the European Commission. The aim is to better map community development in Europe and whether, and then how, the social, political, and ethical landscape in the European nations is changing.

It is vital to have reliable data based on internationally recognised research to be able to compare Iceland to other nations. The European Social Survey (EES) has been conducted biannually from 2002, and Iceland has participated four times.

"EES is a cross-national survey of attitudes and behaviour in over 30 countries. The aim is to study stability and changes in social structures, circumstances and attitudes among Europeans. The goal is, furthermore, to provide indicators of societal developments based on high quality data on public's views and attitudes towards important social factors, as well as to make data on social changes available to academics, policy makers and the public," says Sigrún Ólafsdóttir, Professor of Sociology at the University of Iceland. Sigrún leads the study in Iceland with Guðbjörg Andrea Jónsdóttir, head of the Social Science Research Institute.  Sigrún adds that one of the main goals of the study is to increase the quality and reliability of international social surveys, and to train European social scientists in designing surveys and analysing comparative data.

"The structure of the survey is based on repeating the same basic questions in a core module. These questions ask for example about media and internet usage, social trust, politics, well-being, social exclusion, crime, religion, discrimination, and self identity. Additionally, there are two rotating modules in each survey round consisting of 30 questions. These are designed by inviting social scientists to submit proposals and following strict peer evaluation two subjects are selected. Examples of rotating modules include health inequality, democracy, ageism, and family life. The most recent data available is from when Iceland participated in 2016 and the focus was on climate change and welfare attitudes in that round. We have just completed gathering data for the 2018 survey where the focus was on the timing of life events, and justice and fairness in Europe," Sigrún explains and adds that the survey also includes a large number of background information that can be related to attitudes and behaviour.

Sigrún has emphasized Iceland's participation in research for a long time. She says that a lack of funding is the main reason Iceland has only taken part in the ESS-survey four times. "One of the reasons for the high cost of the ESS is that it is administered face to face, and another one is that this is among the highest quality social science surveys conducted in the world and the demands on the quality of the data are thus among the most stringent ones," she adds. The survey is organised centrally from London, but each participating country contributes to its development.

"It has been my ambition for a long time to secure Iceland´s participation in international surveys and I highlight participation in the social science surveys that are best known and of the highest quality. Guðbjörg Andrea has, of course, been instrumental in working in this field for decades. The participation in ESS was a natural continuation of our cooperation in leading the International Social Survey Programme (ISSP) in Iceland. I began our participation in that survey in 2009 and the two of us have collaborated on it since 2012," Sigrún explains when asked about their involvement in ESS.
Sigrún underscores the importance to get the survey on track in Iceland so that we could become a permanent member that fields the survey in each round. "This is crucial, both because different parts of the survey are generally of great interest to social scientists and address important social issues, and because the data provides the option of following developments in public attitudes in Iceland," Sigrún says. In addition to those two surveys, Sigrún and Guðbjörg also lead Iceland´s participation in the European Value Survey (EVS).

This data is valuable for social scientists as our work involves understanding and analysing society, but it should also impact policymaking because policymaking in a democracy should reflect public opinion, at least to some extent and in the most important matters," says Sigrún. 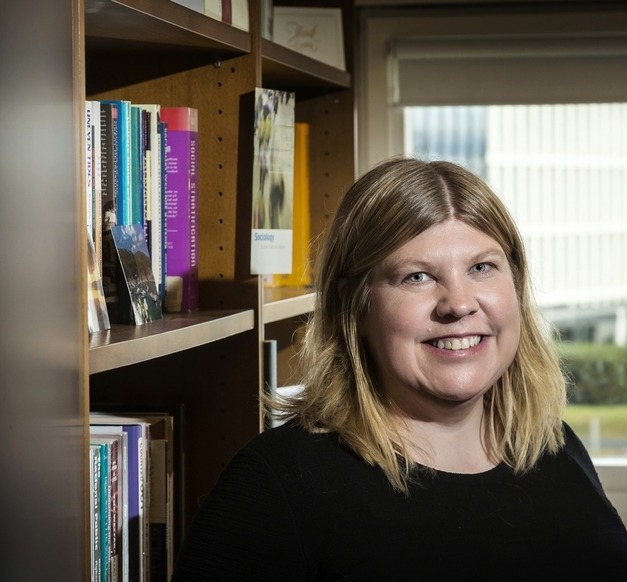 The large EU grant is divided among the participating countries and will be used for a project titled SUSTAIN 2. We will gather data for the European Social Survey using a net panel in addition to data collected using face to face interviews. "Those involved in international surveys that adhere to stringent quality demands, face two challenges. One of these is the huge cost of the implementation, and the other one is that in the current environment where people are bombarded with surveys there is a risk of a so-called "survey fatigue". This can be especially problematic in small nations like Iceland. Adhering to social sciences about sample size means that the difference of the number of participants is not really that much between Iceland, with its 360,000 citizens, and Germany with its 83 million," Sigrún points out.

The goal of the project is to evaluate if it is possible to get the same quality of data, or even a higher quality, by using net panels than by face to face surveys, generally considered the gold standard in social research.  "We will use two samples to represent the nation, one using face to face interviews, and another one using net panels. Then we can compare to see if we get similar outcomes despite differing methods of obtaining data," Sigrún explains.

Sigrún says that the primary advantage of net panels is that they are cheaper, and that people may be more willing to participate.  "Furthermore, research has shown that individuals are more likely to admit to less socially acceptable views, for example concerning racism or risky behaviour in this type of survey," says Sigrún. “Our recent experimentation in the European Value Survey did for example show that a higher proportion of Icelanders admit to believing in reincarnation in a net panel than in a face to face survey. This may indicate that people are reluctant to admit such views facing an interviewer, but more open sitting alone in front of the computer."

The SUSTAIN 2 project officially started now in 2020 and will carry on for three years. Sigrún highlights that participating in this research is very important to Icelandic society. "It is not only a way to gain knowledge on Icelanders' views on important issues we face, but it also allows us  to understand them within a European context. In addition, consistent participation provides changes in attitudes in Iceland over time. We could imagine what a treasure it would be if we had this data on Icelandic society since 2002, and my dream is that Icelandic social scientists in 2050 will have access to data measuring the views of Icelanders and how they have changed over the last 30 years," says Sigrún.

The study, however, not only measures the proportion of the population holding certain views or engaging in certain behaviour and how that may change over time. "It is also possible to examine whether certain ideas have gained more or less support among certain social groups over time.  We can, for example, evaluate whether there are gender differences in political participation, media use or attitudes towards immigrants, and whether those differences increase, decrease or stay the same over time. This data is valuable for social scientists as our work involves understanding and analysing society, but it should also impact policymaking because policymaking in a democracy should reflect public opinion, at least to some extent and in the most important matters," Sigrún concludes.