The Roma people are the largest minority group in Europe, with roots reaching all the way to India according the University of Iceland Web of Science. It also says there that the Roma people migrated west in the Middle Ages, settling all over Europe, consequently the size of the Romani population is very hard to determine. It is, however, maintained that there are possibly eight million Roma people living on the mainland.

The Roma people  have been persecuted in Europe for centuries. "Hinrik VIII persecuted the gypsies in the 16th century that refused to become farmers, and in Romania they were enslaved by landowners and sold in auctions until 1856. During the holocaust around 400,000 gypsies were executed," according to the Web of Science.

The University of Iceland was recently involved in an extensive study on the condition of Roma people in Romania. Guðmundur Hálfdanarson, professor of history at the University of Iceland, is part of the study with Lavinia Costea, professor at a research centre in oral history at the Babes_Bolyai University in Cluj-Napoca in Romania. The research project was initiated by Costea , but she and Guðmundur had worked together a few years back in an extensive European research network. The network received an EEA Grant to fund the study.

"The study includes 600 interviews with Roma people in Romania to give them the opportunity to tell their story in their own words, especially their experiences during the communist regime from 1948 - 1989," says Guðmundur. "Our intention with the study is to give the Roma people a voice, but their stories have usually been overlooked in Romanian historiography - they are simply not included when the history of the Romanian nation is written."

"We are raised on the idea that our land, nation and language form a true trinity, but this is far from the case in Romania where the people is divided into groups that speak different languages and do not feel they share a history," says Guðmundur Hálfdanarson, professor of history. 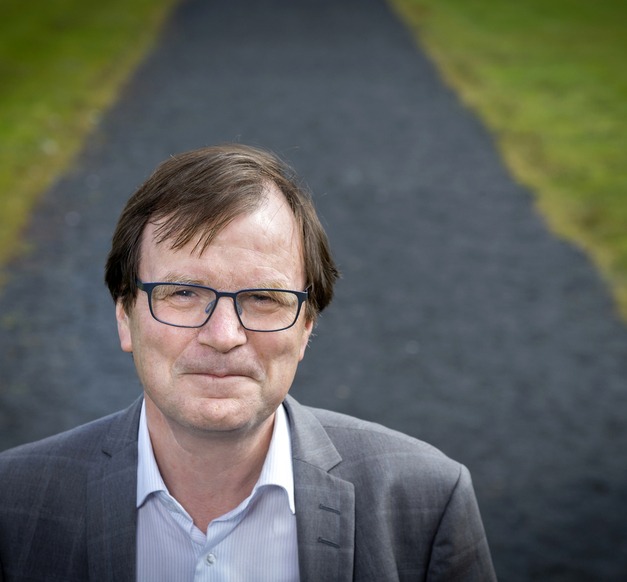 What defines ideas of nationality?

Guðmundur Hálfdánarson is one of the best-known Icelandic academic in the field of history and social upheaval, as he has mostly focused on political discourse in a broad sense. He has frequently been in the media to interpret current events; for example the presidential elections in the United States.

Guðmundur has analysed various aspects of shaping ideas of nationality in his research; from the first part of the 19th century to our times, and how they have defined people's political awareness in Iceland and in Europe. This research project, therefore, fits his areas of interest well.

Guðmundur found the project on the Roma people's circumstances immediately interesting when he was approached, "because the Romanian nation is very different from the Icelandic one. We are raised on the idea that our land, nation and language form a true trinity, but this is far from the case in Romania where the people is divided into groups that speak different languages and do not feel they share a history. I have specialised in studies on nationality and the forming of nations in Europe, and the history of the Roma people in Romania gives a clear example of how difficult it can be for minorities to find their place in European nations today."

Guðmundur says that this research project has already resulted in three doctoral theses and a collection of essays by participants in the study is in the making. "These studies show that the Roma people are a diverse group and the stereotypes that many have in mind of gypsies as vagrants and beggars only applies to a small part of them.

Guðmundur says that the research will without a doubt increase understanding of the history and culture of European minorities that have had to fight prejudice and discrimination for centuries.
"It is healthy for Icelanders to realise that nations are a complicated phenomenon," says Guðmundur who was the Dean of the School of Humanities for a long time.