Putting Knowledge to Good Use by Helping Refugees

Áslaug Björk Ingólfsdóttir, Master's student at the Faculty of Law

"I really want to do whatever I can to help and support these individuals, and I know that many people feel the same. This is a very important issue," says Áslaug Björk Ingólfsdóttir, a Master's student in Law and one of the participants of an experimental project conducted at the University of Iceland during the 2016 spring semester. For this project, a team of Law students and social workers combined their forces to help asylum seekers and refugees adjust more easily to life in Icelandic society.

"We helped, for example, by providing social support, communicating with government agencies, assisting with filling out forms, looking for work, and offering support for their active participation in society. The idea was that the students would become 'mentors' for a particular asylum seeker or refugee for a certain period of time", explains Áslaug.

"Giving these individuals more assistance, counselling, and support for their active participation in society can make a real difference and perhaps also makes things easier for public institutions." 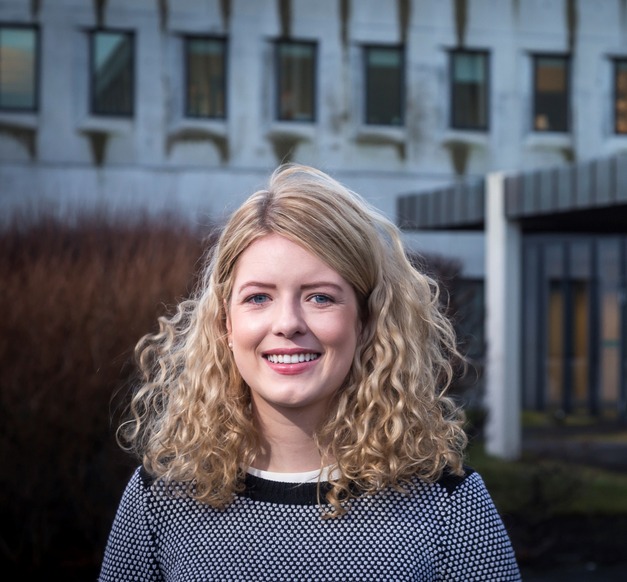 Brynhildur G. Flóvenz, Senior Lecturer at the Faculty of Law, had the idea for the project when the discussion about refugees reached its highpoint here in Iceland in the autumn of 2015. Brynhildur reached out to Guðný Björk Eydal, Professor at the Faculty of Social Work, believing it would be sensible for students of Law and students of Social Work to work on this project together. Sólveig Björk Sveinbjörnsdóttir, Project Manager for matters concerning asylum seekers for the City of Reykjavík, was also asked to be involved, and selected employees of the City of Reykjavík Department of Welfare became contacts for students and asylum seekers. Seven students from each faculty participated in the project. Each student from the Faculty of Social Work was paired up with a student from the Faculty of Law. They then worked hand in hand as a team with each asylum seeker for six weeks.

Áslaug received a grant from the Student Innovation Fund last summer to review the project and developed additional support and counselling services for the students. She says the results of the project review show that it is important for students to receive good guidance. "It is abundantly clear that the project should ideally be more than six weeks to give participants the opportunity to better follow up with their respective refugees or asylum seekers. Most students basically participated without any guidance", Áslaug adds.

According to Áslaug, the experimental project was incredibly educational for the students. "This experience has opened my eyes even more to this important issue, and this spring I wrote my Master's thesis at the Faculty of Law on Refugee Rights and focused on access to court for asylum seekers. Now I work as a lawyer and spokesperson for asylum seekers at the Icelandic Red Cross. The Red Cross supports asylum seekers in various ways. One of their projects is called 'Refugee guide' and is in many ways very similar to the project the students from the Faculties of Law and of Social Work participated in. Here, volunteers work closely with refugees—that is to say individuals who have been granted international protection in Iceland—and help them find their footing in Icelandic society. Anyone, including students, can volunteer for this project on the website of the Red Cross."

Áslaug urges students to take initiative in this matter. "There is a lot we can do. Students can, for example, inform other students about the issues asylum seekers and refugees are faced with in presentations. They can invite scholars and business individuals who have worked on this issue to talk at symposia, hold events with young refugees, or take their role as advocates one step further beyond this project and do their part to improve matters", says Áslaug, who clearly has more to say on the topic.