Geir Sigurðsson, professor of Chinese studies at the University of Iceland

"Iceland is an ageing nation."  This assertion has been widespread in public discourse and occasionally also in the Icelandic media, which has claimed that that an ageing population is one of the main challenges facing contemporary society. It has been said that Icelanders must rethink the priorities of our social structure in light of the fact that the percentage of the population who are retired is now rapidly rising.

People often highlight the negative consequences of this development, e.g. an ageing population requires more funding for support services and the healthcare system, as well as different kinds of housing solutions. Iceland, however, is not in the same position as other European countries; the population projections from Statistics Iceland for 2016–2065 suggest that although the nation is ageing, the average age of Icelanders is now and will continue to be much lower than in most European nations. Statistics Iceland predicts that by 2060, more than a third of Europeans will be older than 65, but just a quarter of Icelanders.

Getting older is inevitable, but becoming elderly and infirm is not

Indeed, it is not only Western philosophers that take little interest in old age, for similar attitudes are reflected in employment practices in Western countries, where the oldest workers are not much in demand. The arts are somewhat similar, with old people seldom at the centre of narratives, more likely to be in a supporting role if visible at all. There are, however, interesting exceptions, such as the Swedish film The Hundred-Year-Old Man Who Climbed Out of the Window and Disappeared, and the novel of the same name by Jonas Jonasson. The protagonist of the book and film disappears the day he turns 100 and has some astonishing and hilarious adventures. In Börn náttúrunnar by Friðrik Þór Friðriksson, which was nominated for an Oscar in 1992, the protagonists are also extremely mature. The film puts beauty to the fore and addresses the accessories of old age in a fascinating way.
Sometimes, writers highlight the funny side of old age and ageing, if they mention it at all, attempting to show us that it is not exactly an enviable stage of life. "Á laugardögum líta barnabörnin við, á mánudaginn læt ég skipta um mjaðmarlið, en annars er ég bara góð (On Saturdays the grandchildren pop over, on Monday I get a new hip, but otherwise I'm just fine)," says the song Ellismelli by the band Moses Hightower. Here is a reference to the idea that the older generation even need spare parts and maintenance to keep themselves mobile.

"I believe that attitudes towards ageing in Western countries are rather negative, without any good reason," says Geir. "In my opinion, the experience of the older generation is simply underutilised in our society."

Geir makes a good point about experience, if we consider that older people created the foundations on which the younger generations build. These same older people have therefore acquired considerable experience, which is valuable but ignored in Geir's opinion. He thus wanted to take a critical look at ageing, for example to explore whether there were any positive aspects of ageing, both for individuals themselves and the society they live in.

"There is clearly a difference between Western and Chinese philosophies when it comes to ageing. In fact, Western philosophers has shown little interest in ageing, while Chinese philosophers are highly conscious of the role of time in human lives." Geir Sigurðsson, professor of Chinese studies at the University of Iceland. 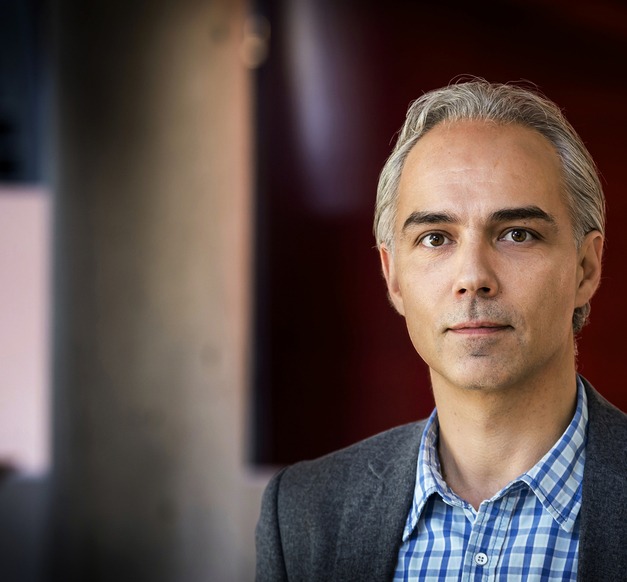 We are all at the mercy of time

Geir says that when the matter is examined closely, it is fairly clear that ageing is a very philosophical phenomenon. "We are all at the mercy of time and so ageing affects us all. I believe that we could all benefit from thinking about ageing in a much broader sense, rather than something that only applies to a particular generation."

Geir says that the inspiration behind this research was twofold. "On the one hand, it is more common than it was for philosophers to tackle discussions of social issues which have been the preserve of the social sciences, and on the other hand, ageing is a growing challenge in large parts of the world."

Geir says that this is vital research, because it could change attitudes towards a process which affects us all. "This research could make us think in a more constructive way, both about people who have reached an advanced age and that which awaits us. The philosophy of ageing is therefore a distinct life philosophy."

He says that, as with a lot of research, he is simply attempting to better understand life in order to make the world a better place. "For our continuing humanity, such endeavours make all the difference."