Kristín Loftsdóttir, Professor at the Faculty of Social and Human Sciences

"The study explores what kind of people are welcome in Europe. It is conducted among immigrants and asylum seekers from Niger in Belgium and Italy. In my study, I research how race, origin, and gender figure into their experience, and what 'Europe' means to them", says Kristín Loftsdóttir, Professor of Anthropology, about her current project.

Kristín's study builds on an earlier research on WoDaaBe nomads and migrant workers from Niger. She first came to know WoDaaBe in connection with a project she worked on twenty years ago. "I lived in Niger for two years, both with the nomads and in the urban area. Ever since then, some members of the WoDaaBe have regularly gone to various European countries to sell jewellery", Kristín remarks.

"The people I talked to emphasise that they are not interested in living in Europe. They believe all of Niger's wealth goes to Europe, and ask me what else they could do." 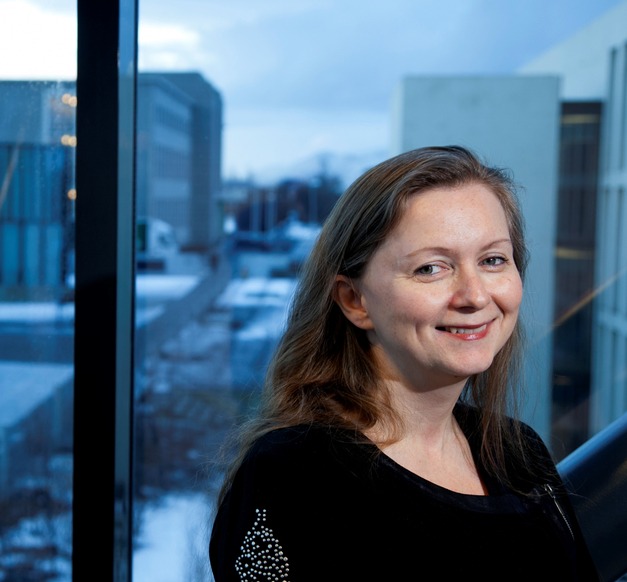 She recently published an article based on her new project, where she focuses particularly on the status of WoDaaBe migrant workers in Brussels, and how it differs from that of other people from Niger. "For a long time, WoDaaBe have been a part of romantic imagery for many Europeans and Americans as an indigenous group untouched by modern civilisation and as being more interesting than other Nigerien ethnic groups. This attitude towards the WoDaaBe—as exciting and exotic—can be traced as part of racism during the colonial era. During WoDaaBe short trips to Europe, this perception of them becomes a social capital, of which they take advantage", says Kristín.

Her next article focuses on views of other Nigerien migrants towards Europe, with particular focus on asylum seekers and refugees. The article addresses how it is for these groups to live in Brussels—often called 'The Heart of Europe'—during times of economic and refugee crises. "The people I talked to emphasise that they are not interested in living in Europe. They believe all of Niger's wealth goes to Europe, and ask me what else they could do. As one of them said, 'I might as well go there too.'"

Kristín says that the stories and experiences of these individuals draw attention to missing aspects in public debates about refugees and asylum seekers that are evident in many parts of Europe. "Unlike what we usually hear in everyday discussions, these people point out that migration from countries like Niger is shaped by Europe’s colonial history and its lingering effects in contemporary times. Their accounts thus focus on the importance of recognising that Europe and Africa have for a long time been part of a transnational space, in which people from both continents have moved from one area to the other and vice versa. From a scholarly point of view, the study is also important because it critically reviews the term 'Europe' and what it represents", Kristín explains at the end of the interview.