Looking for a cure to cancer within the body

Around two hundred women are diagnosed with breast cancer each year in Iceland. Breast cancer is thus one of the most prevalent cancers in women in Iceland. It is consequently important to discover what causes this disease, and to search for cures for the women affected. Breast cancer is not one disease, it is a term used for a number of cancers that are different in nature, and vary in how difficult they are to treat. One of the most challenging types is triple negative breast cancer (TNBC); survival rates for women who are affected by this type of cancer are significantly lower than for other types.

Berglind Eva Benediktsdóttir, associate professor of Pharmaceutical Science at the University of Iceland, is a young and prolific scientist. She has conducted research on this type of cancer for a while, with an eye to developing nano drug delivery systems that can be of use to cure patients suffering from this difficult disease. Such a drug delivery system transports pharmaceuticals into the body and reaches the areas where they are most needed; the so-called “drug ferries” are often nanoscopic and made of a variety of complex chemical compounds.

Startling how many women are diagnosed with breast cancer

“I find it tragic how many women are diagnosed with breast cancer, and I personally know many women who have to struggle with this disease. We are lucky to live in a time when science has enabled us to treat most of these women effectively. Survival rates for women who are diagnosed have improved dramatically, but they remain lowest for those diagnosed with TNBC. This is the reason I chose this sub-group of breast cancers for my research,” says Berglind Eva.

“The drug therapy for TNBC is generally not specialised, and can cause drug immunity and extensive side effects. It is thus vital to find drugs or methods to treat this sub-group of breast cancer in an effective way.”

“Effective isolation methods are the key to the right interpretation of results concerning the interaction of exosomes and certain diseases,” says Berglind Eva and adds that effective production of pharmaceutically active exosomes not only opens the door to new treatments of TNBC, but can also be used in fighting other cancers. 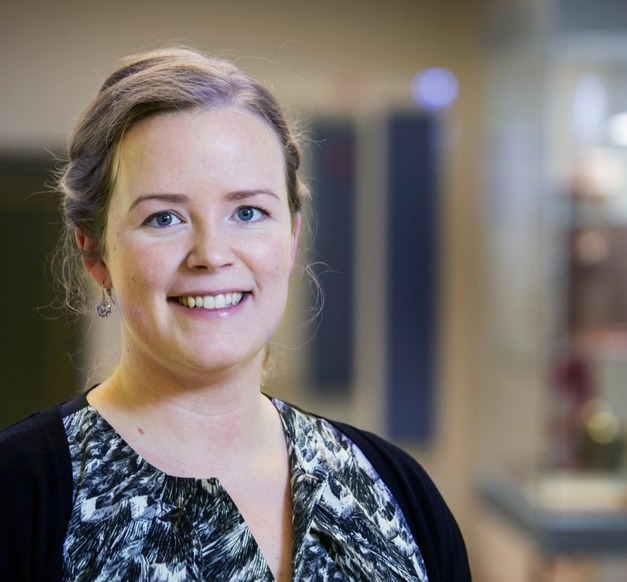 Looking for a new secret weapon

Berglind Eva has focussed on chemicals known as exosomes in her study. These are like miniscule cysts that the body has developed. Human cells use exosomes as a type of transport system to deliver proteins and sensitive large molecules like DNA from one cell to another. In this way the cells can convey information, for example concerning the formation of new veins, cell death, and occurrences within the immune system.

An important benefit of exosomes is that they seek out the tissue where they originate, plus having a relatively long life-time in blood. Therefore, exosomes could prove to be ideal drug ferries, both due to their size and nature.

“Exosomes have not been used as drug ferries against TNBC, but the idea is that they will be used with a stronger effect on the cancer cells directly – causing fewer side effects than traditional cancer drugs,” says Berglind Eva. She is now working on converting breast tissue to release exosomes from there, containing a certain protein that should counteract TNBC. The first steps are being taken to develop methods to isolate exosomes in sufficient amounts to facilitate further testing.

Most methods used to isolate exosomes today are very non-specialised. This leads to wrong interpretation of studies on them. Therefore I felt it was paramount to develop a method to isolate pure and biologically active exosomes,” says Berglind Eva.

“Effective isolation methods are the key to the right interpretation of results concerning the interaction of exosomes and certain diseases,” says Berglind Eva and adds that effective production of pharmaceutically active exosomes not only opens the door to new treatments of TNBC, but can also be used in fighting other cancers.