Looking at past climates to see how humans affect the environment

Hey, how was spring in Tröllaskagi in 6321 BC, again?
Is there an answer to this peculiar question?
Yes... or close enough.

We can get a fair idea thanks to current research conducted here in Iceland through a collaboration between scientists at the University of Iceland and the University of Colorado Boulder in the USA. The project focuses on isolating biomolecules preserved in lake sediment. Scientists are drilling down into the lake bed and extracting sediment cores. These are then examined from a geochemical and biochemical perspective, looking thousands of years back in time with the ability to differentiate between individual years. It is best to drill in the winter when the lakes are frozen, but climate change could make this work more difficult in the near future, due to more extreme variations in the weather.

How can we deal with the consequences of climate change?

The Earth has been warming since the beginning of the Industrial Revolution in the mid-eighteenth century. In the past century, the average temperate on the surface of the Earth has risen by around 0.7°C. Snow cover has reduced in northern regions, especially during the spring.  A report from the World Meteorological Organization shows that the decade from 2010–2019 was the hottest on record.  This is a sign of the severe climate changes that now threaten the Earth's biosphere. In northern regions, more precipitation now falls as rain and less as snow. Glaciers are fast retreating and the melt now reaches mountain glaciers and ice caps in both hemispheres, including glaciers in the tropics.

"One of the most urgent environmental issues facing our society is how to handle the consequences of such climate change and tackle future changes. Working towards a better understanding of the natural climate of the past is key to making reliable predictions for the future."

So says Áslaug Geirsdóttir, professor of earth sciences at the University of Iceland, who has been researching lake sediment for over two decades. The aim of her research is to investigate how the climate, environment and ecosystems in Iceland have changed in the past 12 thousand years, since the end of the last Ice Age.

"Thinking about a warming climate," she says, "we are looking to warmer periods in the past, for example such as the global period around 8 thousand years ago, in order to evaluate and prepare for the effects of further warming in the future.  It could be vital for policy making in each region to have information which provides clues as to the speed of changes or how ecosystems respond to climate change."

How did the vegetation of Iceland develop after the settlement?

It is believed that the first Norse settlers arrived in Iceland around 870 AD. Ari Þorgilsson's Book of Icelanders from around 1122-1133 claims that at the time of the settlement, Iceland was forested "from the mountains to the shore". Icelandic vegetation has changed a lot since the settlement and from the time of Ari Þorgilsson.

"It is important to distinguish the significance of natural climate change and the impact the settlers had on soil erosion and the environment in Iceland," explains Áslaug, with lake sediment providing important clues both about the climate and the vegetation in different periods.

She adds that the research team are extremely interested in the origins and causes of the major soil erosion that took place in Iceland. "Although it is generally believed that the Norse settlement of Iceland led to soil erosion, we have uncovered clues suggesting that regional cooling, which began around 5 thousand years ago, may have initially triggered soil erosion and environmental instability in the first millennium AD, which was then exacerbated after the settlement."

She says that the findings of earlier research suggest that temperature sensitive trees, such as birch, covered a large proportion of Iceland 8 thousand years ago, when the summers were warmer than they are now.

"By gathering new data from the lake sediment, and with the analytical techniques we now use, we can find out how quickly the birch forests became widespread after the Ice Age and how quickly and far they spread. This information could provide clues on how quickly ecosystems will change in the future," says Áslaug.

This year, Áslaug and her colleagues have drilled for new sediment cores from the bottom of Torfdalsvatn in Skagi, Stóra and Litla Viðarvatn in Melrakkaslétta and Heiðarvatn in Breiðdalsheiði. "Thinking about a warming climate," she says, "we are looking to warmer periods in the past, for example such as the global period around 8 thousand years ago, in order to evaluate and prepare for the effects of further warming in the future." 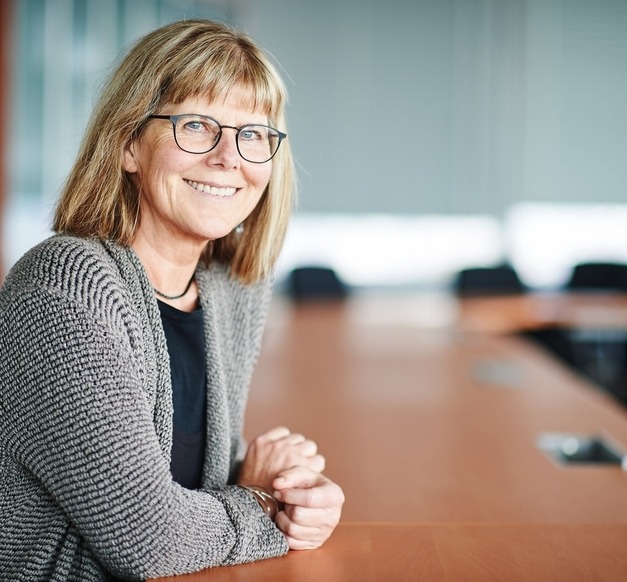 Sediment tells a remarkable story about glaciers, climate and vegetation

Áslaug explains that the research team draw on expertise from the earth sciences, life sciences, biological geochemistry, genetics and climate models in order to reconstruct past climates and environments in vulnerable northern regions. The aim is to uncover information that could help prepare us for life on a changing, warmer planet.

Áslaug says that many lessons have been learned from examining Icelandic lake sediment in the past two decades, not least regarding changes to the glacial history of Iceland and the temperature and stability of the landscape over the last 12 thousand years.

"By taking this a step further with new analytical techniques, which could help to quantify these changes, we can better understand the causes of the environmental changes that have taken place. It also gives us more insight into potential future changes as temperatures continue to rise."

Soil erosion began in Iceland long before the settlement

For those who want to know more about the technical side of data processing in this research, lipids and ancient DNA are isolated in particular, having been preserved in the lake sediment.

"In our research, we combine two fairly new analytical techniques, looking at lipids and ancient DNA, which provide more information on, for example, temperature changes, precipitation and vegetation. It is not only helpful for creating climate prediction models and predicting future environmental changes, but also gives us information on when humans and domesticated animals started to have an impact on their immediate environment after the settlement."

Áslaug says that the findings of this latest research are expected to show that ecosystems started declining around 5 thousand years ago in response to cooler summers, which came about due to lower insolation as well as the impact of volcanic activity. It appears that a certain threshold was then reached about 1,500 years ago (around 500 AD) when the ongoing soil erosion began in Iceland, which was later exacerbated by human influences but also the colder climate during the Little Ice Age between 1300 and 1900.

The research has received funding of ISK 130 million from the National Science Foundation in the USA. The research team comprises glaciologists, paleoclimatologists, geochemists, biochemists, volcanologists, two postdoctoral researchers and two PhD students. Sveinbjörn Steinþórsson and Þorsteinn Jónsson, technicians at the Institute of Earth Sciences, are also essential members of the team.