The natives in Central and South America are the subject of a novel research project Hólmfríður Garðarsdóttir, Professor in Spanish, is working on. Her focus is on the images projected of Indians and their descendants through movies from the area.

“I am working with Milton Fernando Gonzalez-Rodriguez, a doctoral student and the spark for the study was a provoking lecture given by the Guatemalan writer Dante Liano a few years back. Liano told the audience about several indications as to why the 21st century will become the age of natives in Latin America. This is because the Indigenous in Latin America will succeed in correcting misinterpretations of their culture and cultural heritage after 500 years of humiliation and oppression. Liano also believes that their language will be acknowledged as the official language in their countries of origin and that young people will have the opportunity to learn them in a formal manner,” says Garðarsdóttir.

Garðarsdóttir has worked for years as a lecturer and specialist on literature, films and culture in Latin America and says that she constantly encounters new and intriguing subjects connected to this cultural area. “One of the subjects yet to be studied, analysed and better explained is how the natives have been portrayed in films during the continent’s 100 years of movie history. Why not tackle this challenge at the University of Iceland? Films travel easily and the long winter months are ideal for watching films and pondering,” says Garðardóttir.

The results show, according to Garðarsdóttir, that the manifestations of the indigenous in Latin America in films have been extremely stereotypical until recently. “They are poor, suffering, ignorant or sneaky and are portrayed as beyond civilization. The men are not to be trusted, whereas the women are the image of magic and mystical connections to nature. They rarely speak, except perhaps in documentaries but many such films were made in the sixties and the seventies. Since then the stereotypes have disintegrated little by little and the portrayal of natives in Central and South America has been very diverse and intriguing in recent years,” says Garðarsdóttir. 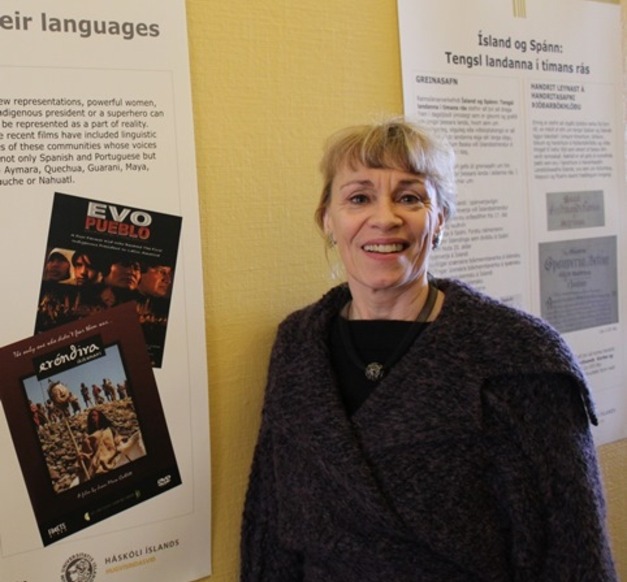