Improving the safety of seafarers by mapping the movements of icebergs

This is just the tip of the iceberg!

Almost everyone is familiar with this phrase, applied to anything that can only be partly seen. It comes from the fact that the appearance of a floating iceberg is deceptive – the majority of it is underwater so it is mostly invisible. This makes icebergs particularly dangerous for seafarers, because they are so hard to see. Probably the best known and deadliest accident at sea happened on 15 April 1912, when the enormous ship Titanic crashed into an iceberg south of Newfoundland on her virgin voyage. The ship sank along with 1500 people.

But what is the best way to track the movements of icebergs, which can prove so deadly to seafarers? The answer is simple, but the execution is rather complicated. People largely rely on remote sensing images taken by planes and satellites at a great height. The focus on remote sensing research has grown enormously in recent years and the University of Iceland has been one of the global leaders in the field.  ShanghaiRanking Consultancy recently published a list of the best universities in the world in just over 50 subjects; the University of Iceland was ranked 6th for remote sensing.

Remote sensing images are used not only to research the movements of icebergs in Icelandic waters, but also to monitor changes in temperature and elevation in geothermal areas, movements of the Earth's crust following volcanic eruptions, the progress of active eruptions, sea ice and sea temperature.

Images can be analysed despite cloud cover

Ingibjörg Jónsdóttir, associate professor in geography at the University of Iceland Faculty of Earth Sciences, has been a pioneer of remote sensing research here in Iceland. She attracted a lot of attention for her team's research into the Holuhraun eruption in 2014 and 2015, where it was possible to monitor lava flow in real time, the release of dangerous gases from the vent, and various other aspects of the eruption using satellite images. Thanks to technology for taking and processing images in many bandwidths, it was possible to use images of the eruption site despite cloud cover.

Ingibjörg also monitors icebergs along the Icelandic coast, which mostly originate from outlet glaciers in East Greenland that calve into the sea.  The icebergs are then carried south with the ocean currents, sometimes into Icelandic waters. They gradually break up but can nevertheless be extremely dangerous to seafarers. In the end, though, they melt into the ocean.

"Our research is based on analysing the frequency and distribution of icebergs in Icelandic waters," says Ingibjörg. "This is also connected to general sea ice research, but sea ice is formed in different circumstances, i.e. when the top layer of the sea freezes in certain conditions. Sea ice and icebergs often move about together, though icebergs are most prevalent in late summer and autumn, while sea ice reaches its maximum extent in the spring."

"This research will enable us to more closely monitor the drifting of icebergs, since precise satellite images are now sent much more frequently. It will also be possible to see if there's a significant increase in the number of icebergs or other changes to the range or frequency of arriving icebergs, which would indicate further environmental changes," says Ingibjörg Jónsdóttir, a pioneer of remote sensing research here in Iceland. image/kristinn ingvarsson 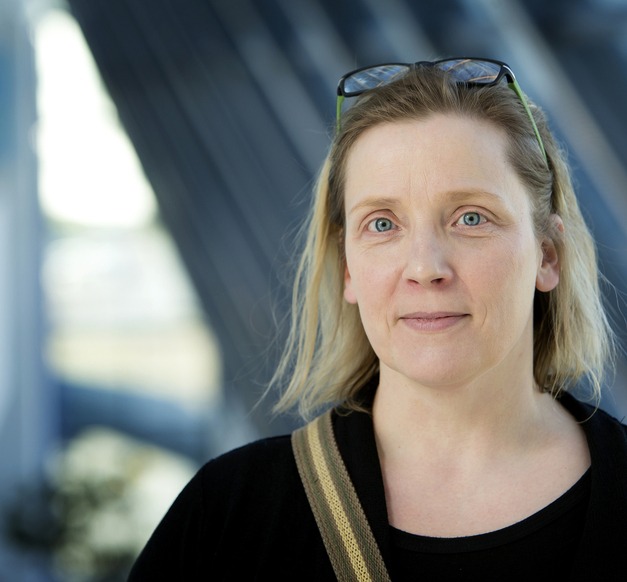 Data from planes and satellites used

Ingibjörg says that data from satellites, ice reconnaissance flights by the Icelandic Coast Guard, and reports from seafarers and the Icelandic Meteorological Office forms the basis of the project.

"We need to carefully review this data and analyse it in various ways. If we think long term, there is also various historical data in Iceland on icebergs and sea ice," she says, adding that the project relates to both meteorological research and safety at sea.

"The project has considerable value, as well as providing the interesting challenge of analysing icebergs in real time using remote sensing data."

The project is generating a database on icebergs in Icelandic waters, as well as adding to knowledge of the reasons for variation in the arrival of icebergs. Findings have already been published in peer-reviewed journal articles, but more articles are being produced.

"This research will enable us to more closely monitor the drifting of icebergs, since precise satellite images are now sent much more frequently. It will also be possible to see if there's a significant increase in the number of icebergs or other changes to the range or frequency of arriving icebergs, which would indicate further environmental changes," says Ingibjörg.

"This research, and research in general, is intended to deepen our understanding of the situation and causation. It can have both scholarly and practical value. My particular interest is in researching environmental changes and natural hazards, using a combination of historical data, environmental clues and diverse remote sensing data."