How did we get here? | University of Iceland Skip to main content

How did we get here?

Some say that the success of scientists is based on their eagerness to reveal that which no one has ever seen before. This eagerness has proven fruitful as science has had an enormous effect on our reality.   It suffices to look at the mobile phone and computer to appreciate what science can achieve, but also simply the toaster and the washing machine. However, none of this sparks anything in Gavin Lucas' search of what he wants to show us, his contemporaries - for he is an archaeologist.

Nonetheless, Gavin works every day in satisfying his curiosity as he wants to open a window into the past and show us what is there. "Research is just education by another name," says Gavin and smiles as he stands in the middle of a heap of dirt in the city. In an archaeological excavation in Seltjarnarnes to be exact; where once stood simple cottages by the sea. "Without science we would be lost."

Gavin continues to peck with his trowel for a little while but then he looks up: "In general, archaeology offers us a glimpse into the lives of people in the past, especially those who are invisible in the written sources," says Gavin on his research.

"But in particular, this research adds to a growing body of studies on the archaeology of the 17th and 18th centuries in Iceland.  It helps us understand former living conditions and the extent, for example, to which households of different status and wealth, had access to, or were dependent upon, the rise of imported commodities and consumer goods that was transforming European society at this time," says Gavin.

At a time when we are acutely aware of the precarious condition of global connectivity, understanding how such connectivity in the past was organized   becomes a critical resource that we should not under-estimate in contemporary society."

Studies and research at Cambridge

Gavin grew up in England and became interested in archaeology at a young age. He holds a doctoral degree from the distinguished University of Cambridge, which is considered the sixth best university in the world, and where he conducted his research until he moved to Iceland in 2002.  He became a research scientist at the University of Iceland four years later and currently holds a post as professor in archaeology at the Faculty of History and Philosophy.

Gavin has worked on excavations all over the world and hardly notices the dirt under his fingernails. As he is usually covered in mud during all of the warmest months of the year. He tells us that the goal of this project was to explore the material living conditions of a poor household living in the 17th and 18th centuries through an archaeological excavation of their home called Móakot, which stood practically where now is the edge of a new terrace house.

"The project began initially as a training excavation for undergraduate students in archaeology," he says. "Our fieldcourse had been investigating other sites in Seltjarnarness including remains of earlier buildings around Nesstofa and a fisherman‘s cottage from the early 20th century.  We moved our fieldschool to Árbær in 2018 but I continued working at Móakot with a small team between 2018 and 2020.

Gavin Lucas, professor of archaeology, here to the right, has worked with a small team on an archaeological excavation of Móakot in Seltjarnarnes. "It is has often been pointed out that for this period, we have far more excavations of sites from the upper stratum of society and much less from lower down the scale.  So in general, we need more research on the material conditions of the majority of the population." IMAGE/Kristinn Ingvarsson. 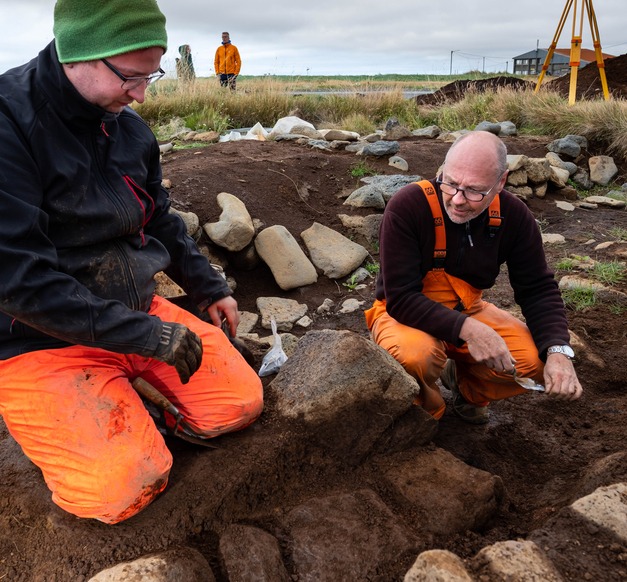 The rich and the poor

After having worked on one of the richest sites in the country, Skálholt, Gavin was curious to see how the other half lived.  "It is has often been pointed out that for this period, we have far more excavations of sites from the upper stratum of society and much less from lower down the scale.  So in general, we need more research on the material conditions of the majority of the population."

Gavin says that his team completed its last field season this summer and analysis of all the material collected over the past years is not finished.  "It is clear though that although the household was poor, it appears better off that other households of a similar nature that have been excavated. In part this may be due to its proximity to a wealthy landowner at Nes. In examining issues such as status and poverty, we have to take into account local variations."

How did we get here?

Gavin also views the world with the eyes of a philosopher when asked about what drives him.  "My main interest lies in understanding the roots of our contemporary society.  How did we get here? Why is the world like this?  For me, answering such questions requires a deep historical perspective and more than that, realizing that society is inextricably bundled with the things we make, use, throw away.  We didn‘t get to this point alone; things have been our constant companion for the past two hundred and fifty thousand years, shaping us and shaping our societies. 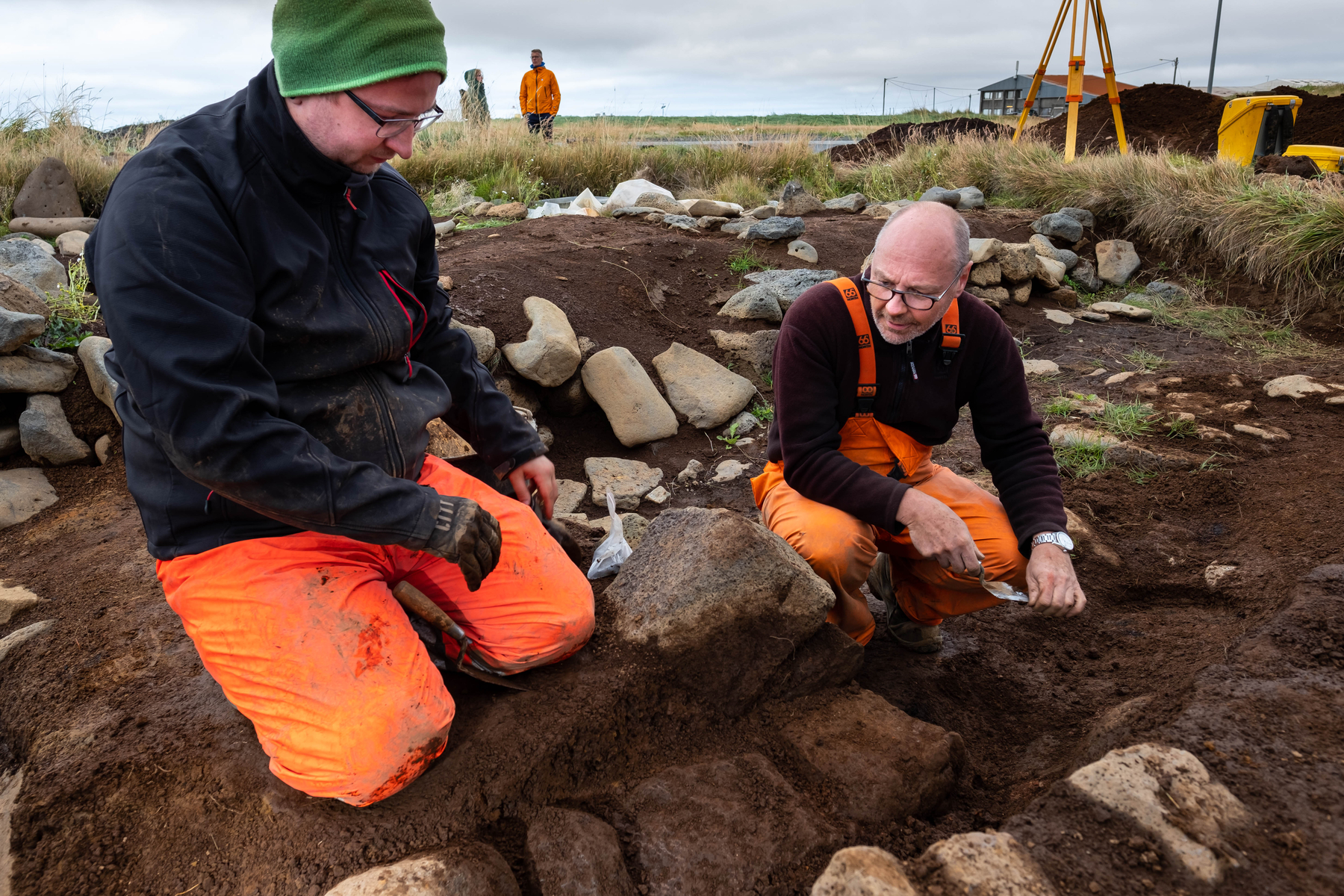 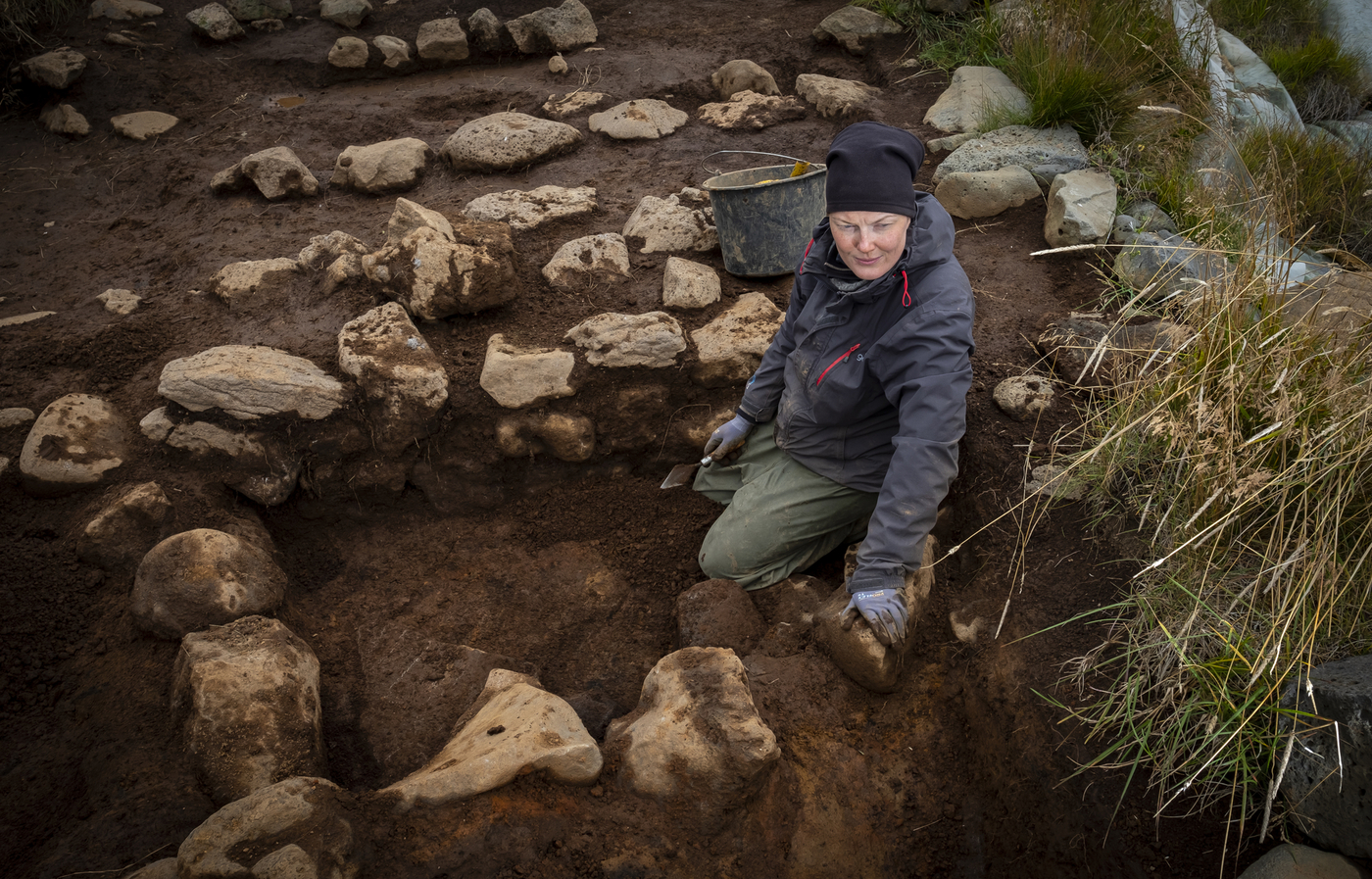 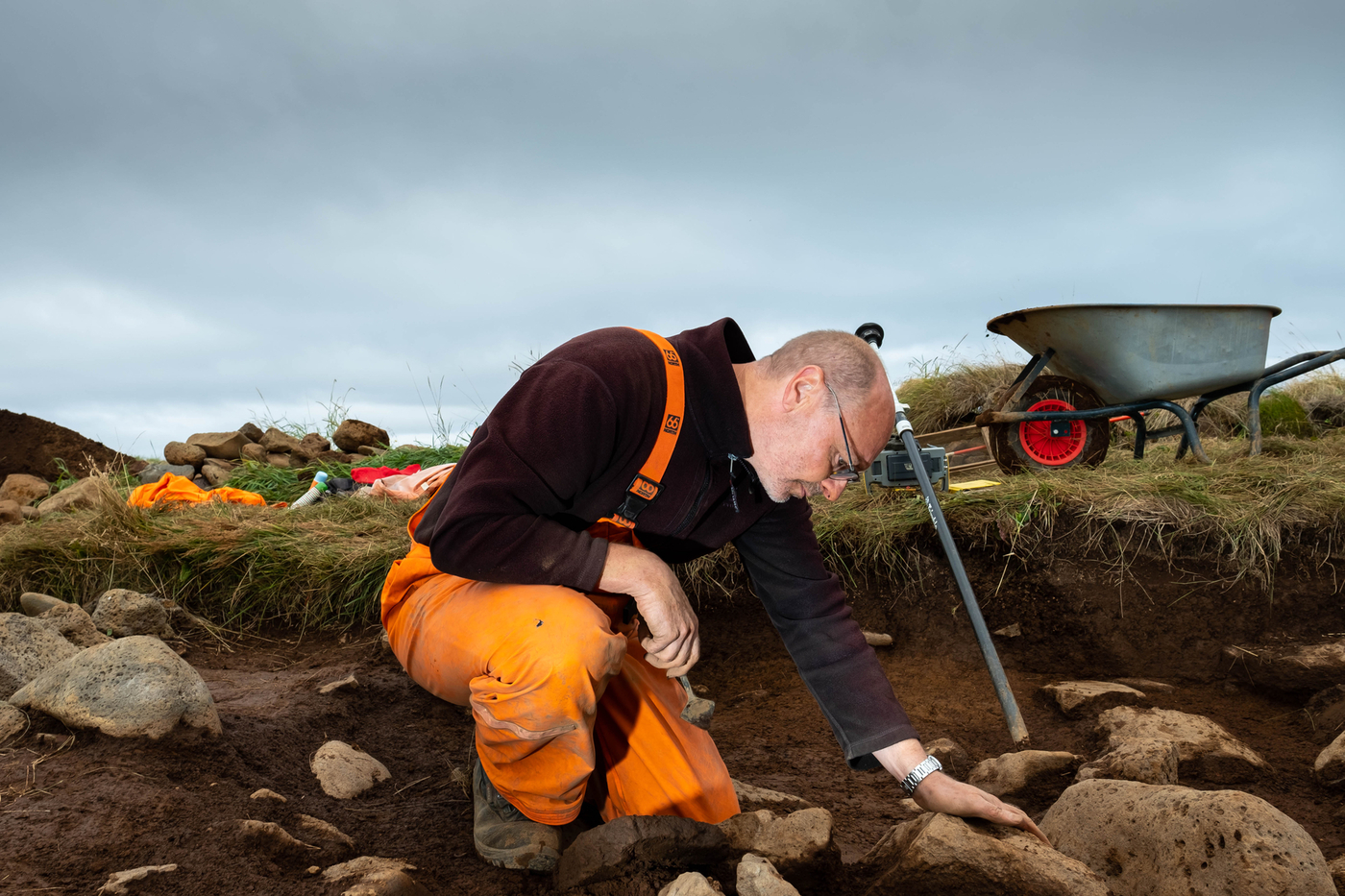 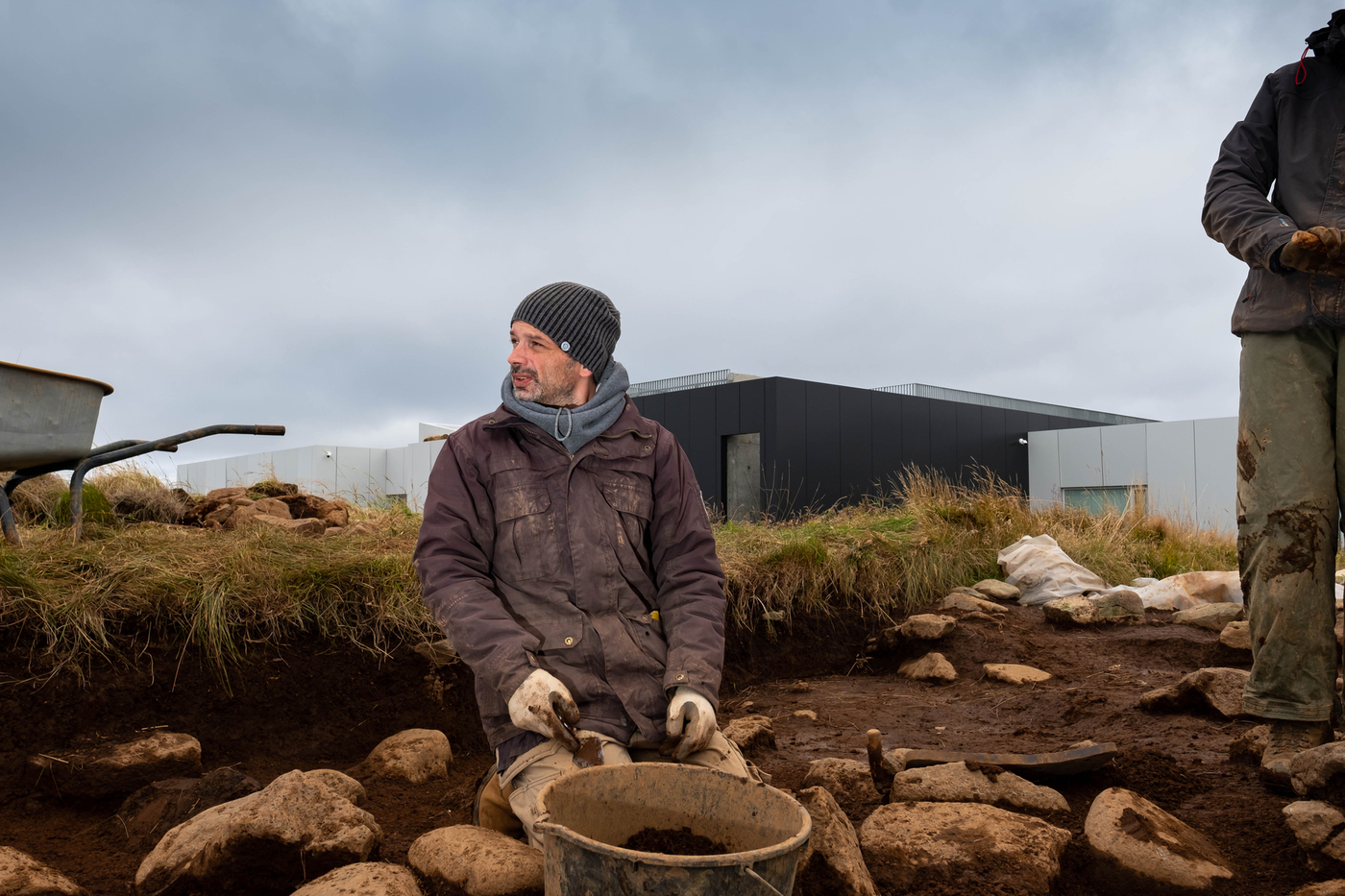 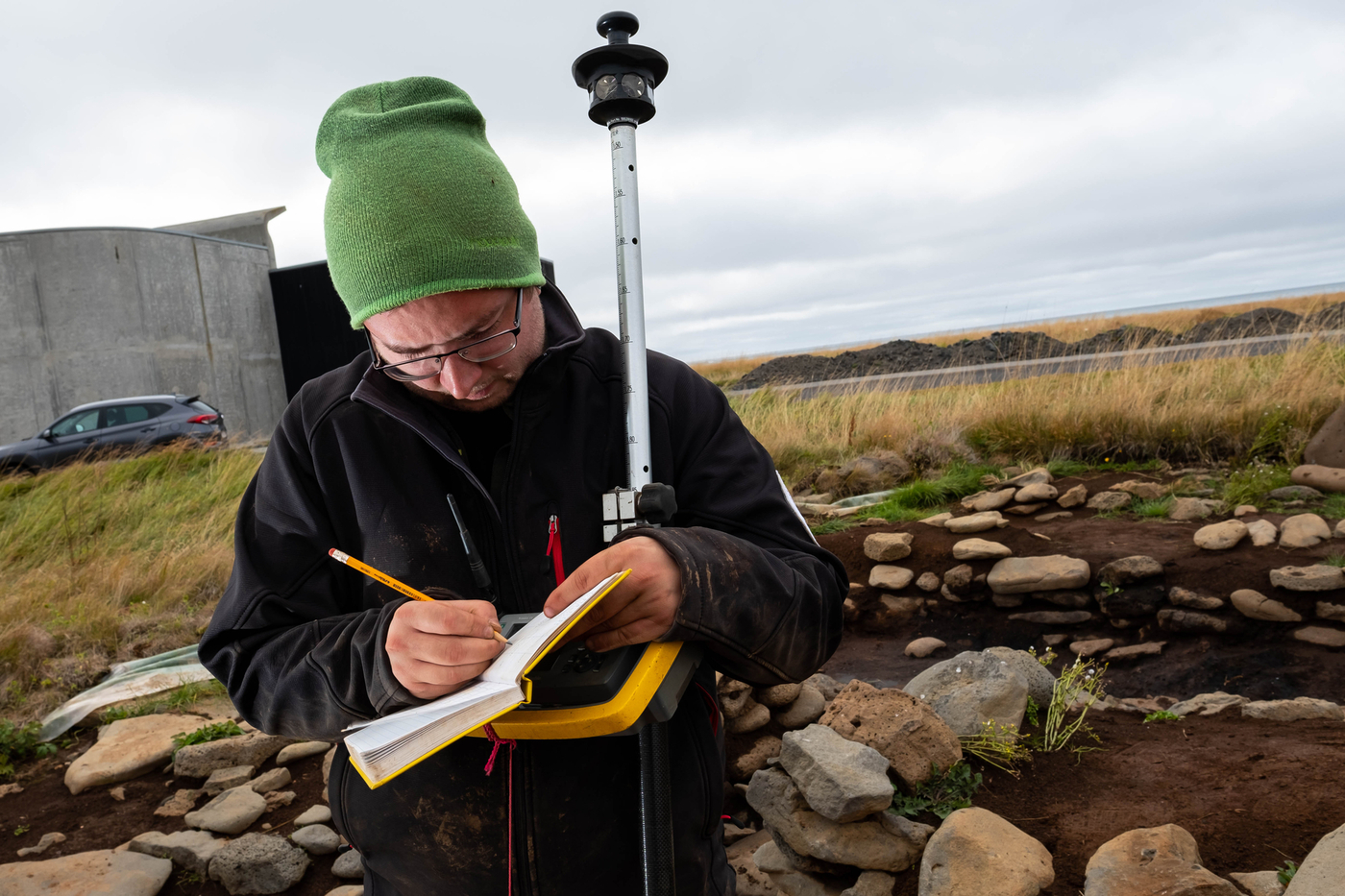 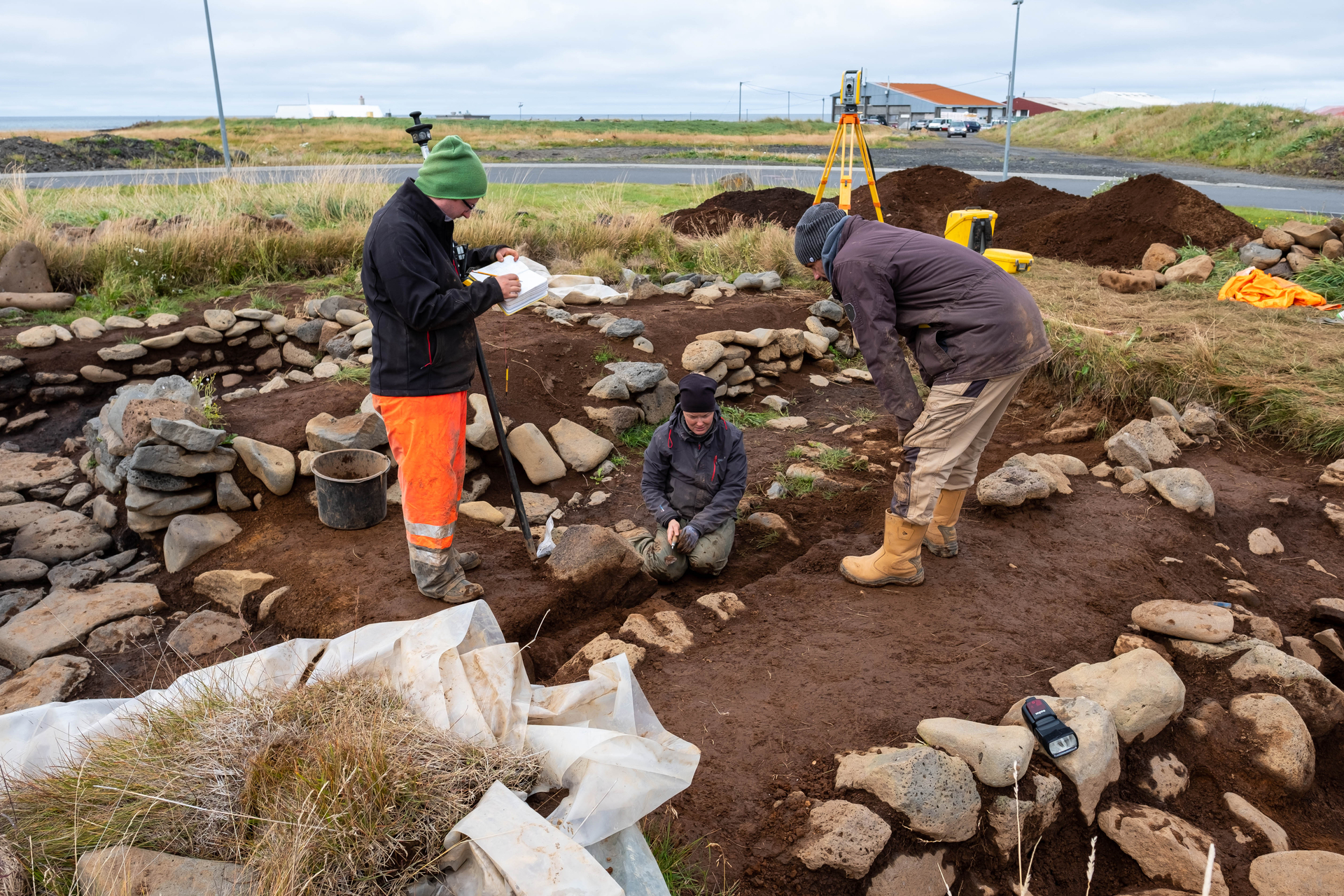 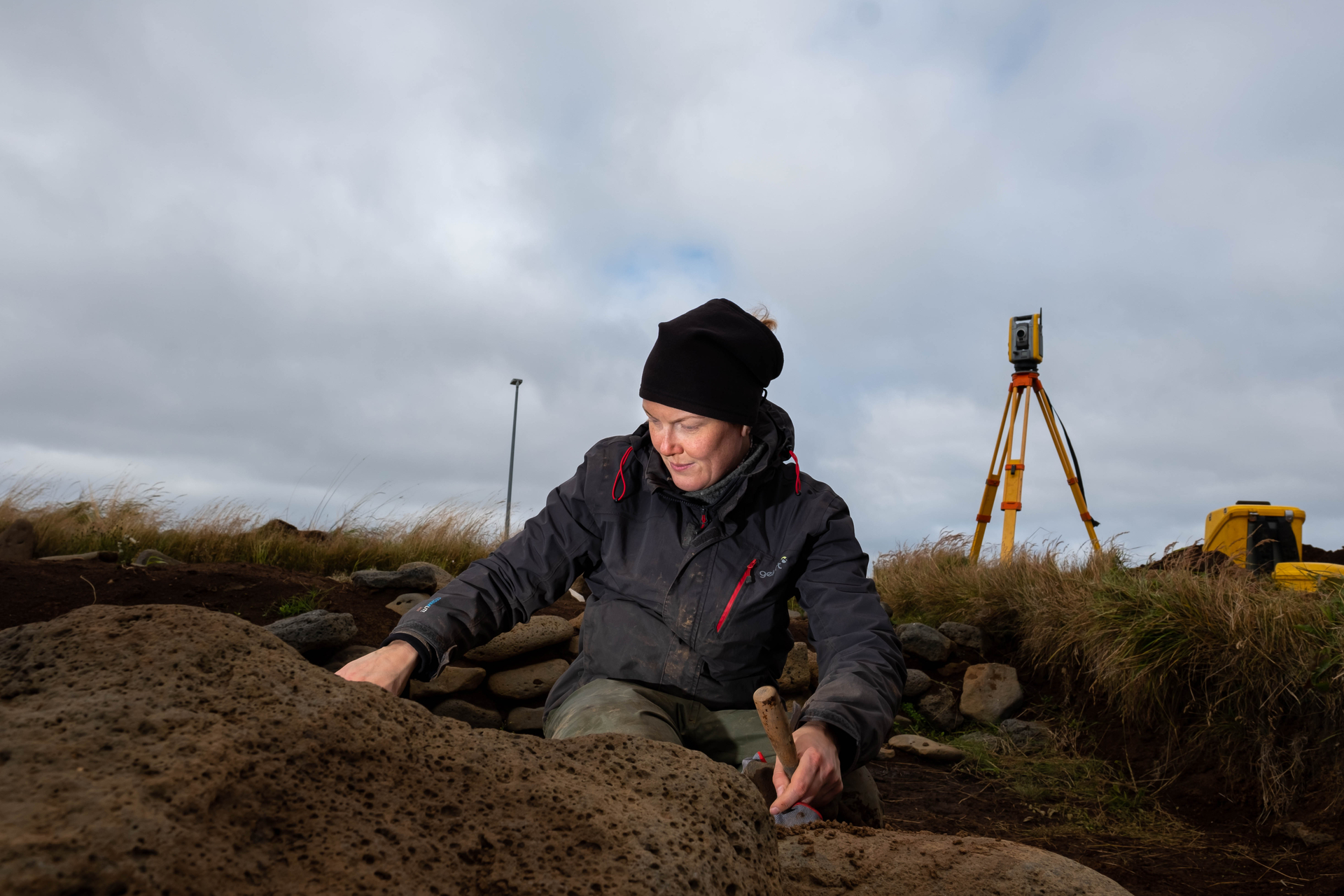