Killer whales that feed on marine mammals tend to accumulate more harmful chemicals than those that feed exclusively on fish.  The quantities are so high that they could be a threat to the animals' health. This is the result of a new international study including research scientists from the University of Iceland that was just published in the science journal Environmental Science and Technology.

The aim of the study was to investigates the levels of environmental contaminants POPspersistent organic pollutants) and, in particular, PCBs (polychlorinated biphenyl), in Icelandic killer whales.  These are pollutants resulting from human activities released into the environment.  From there they enter animal tissue via food. Because POPs biomagnify within food webs, that is, they amplify as you go up the food chain, top predators like killer whales can accumulate particularly high levels of these contaminants. These contaminants can affect the immune and reproductive systems in marine mammals, thus affecting killer whale population growth.

The study was led by research scientists at McGill University (Canada) who analysed the samples to quantify the pollutants, and includes collaborators at Carleton University (Canada), Aarhus University (Denmark), the Marine Research Institute in Iceland and the University of Iceland's Research Centres in the Westman Islands directed by Filipa Samarra. 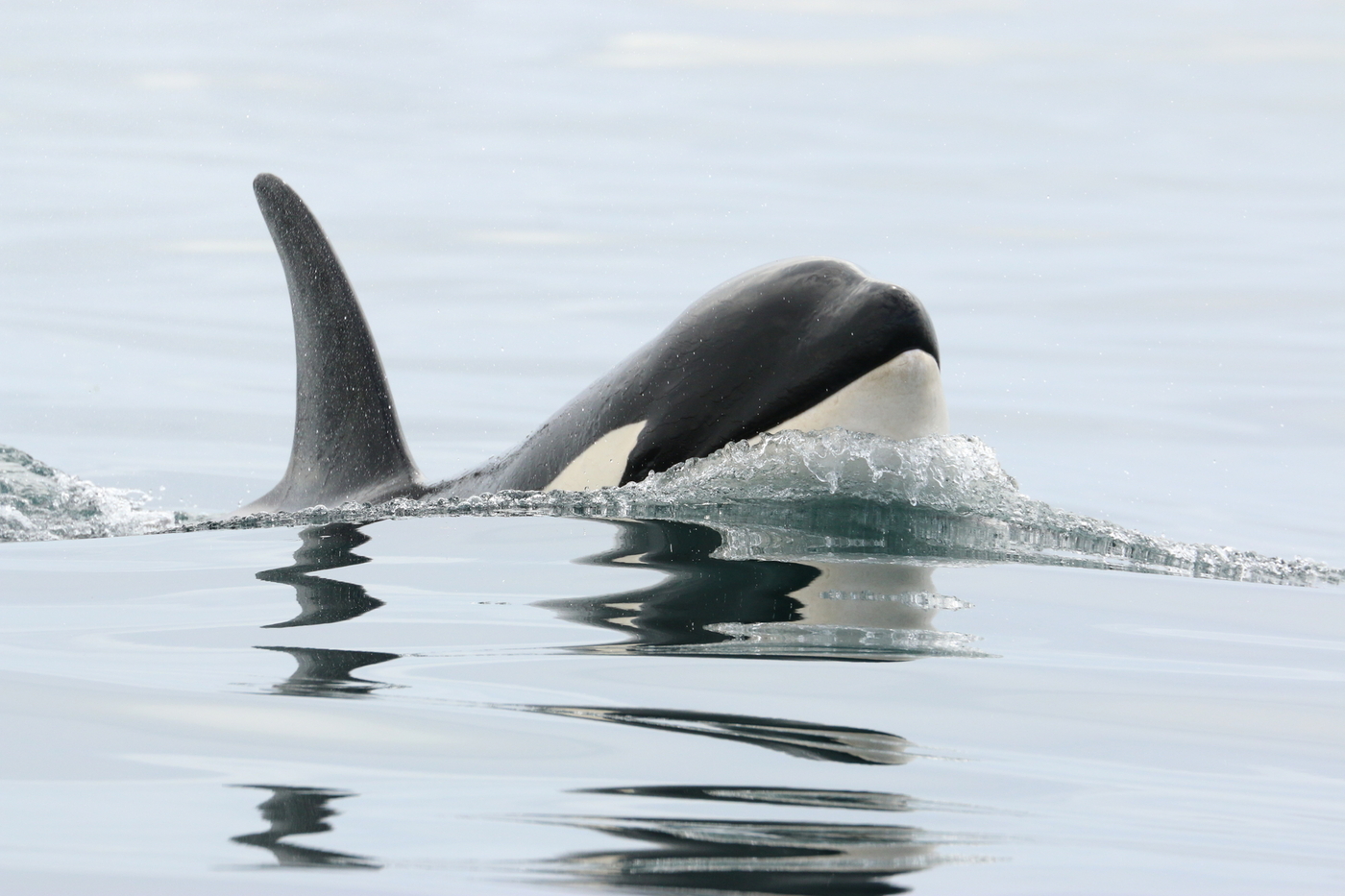 A killer whale by the Westman Islands. image/Sara Tavares

Filipa and her colleagues have studied killer whales in a project called the Icelandic Orca Project, and results have shown that dietary choices and behaviour of killer whales around Iceland varies.  Some whales apparently follow the herring stock year-round and specialise in eating herring, while other whales feed on both fish and higher trophic level prey including seals and travel to Scotland.

Nevertheless, it is not known to what extent these dietary differences persist over time or even what proportion of their diet is made up of different prey.  This is because the research team's observations of feeding behaviour are only snapshots in time and lack the long-term data that allows the team to follow an individual’s food choices throughout its life. Because contaminants accumulate throughout the life of an individual, the team wanted to investigate if killer whales with different diets also showed different levels of accumulated contaminants.

Filipa Samarra, one of the authors of the article and research specialist at the University of Iceland Research Centre in the Westman Islands, and her colleagues have studied killer whales in a project called the Icelandic Orca Project, and results have shown that dietary choices and behaviour of killer whales around Iceland varies. 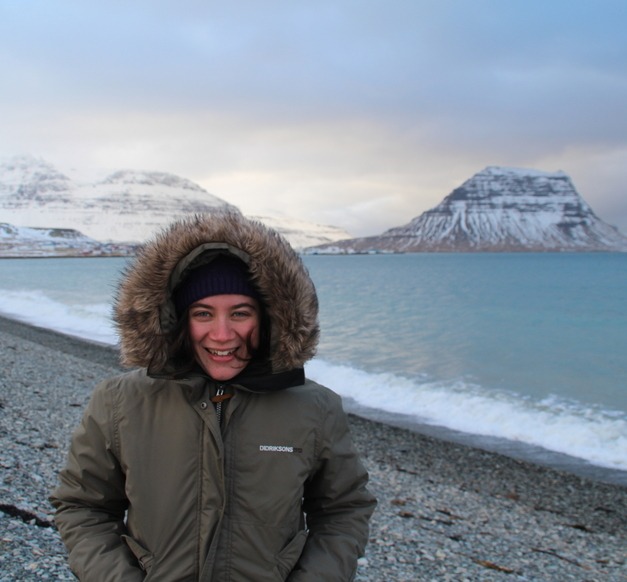 By taking samples from the skin of killer whales, obtained with small darts shot at the animals, the group examined the top layer of the thick blubber the whales have under their skin where the contaminants accumulate. These samples allow the researchers to study the whale’s genetics, diet and health, giving us a lot of information about each individual whale. Using a database containing pictures of killer whales spotted around Iceland between 2006-2015, and information on their feeding and travelling habits, the scientists could connect samples to individuals.  Combining all this information they divided whales into two categories: “mixed diet”, those that feed on both fish and marine mammals, and “fish-eating”, those that appear to feed exclusively on fish. 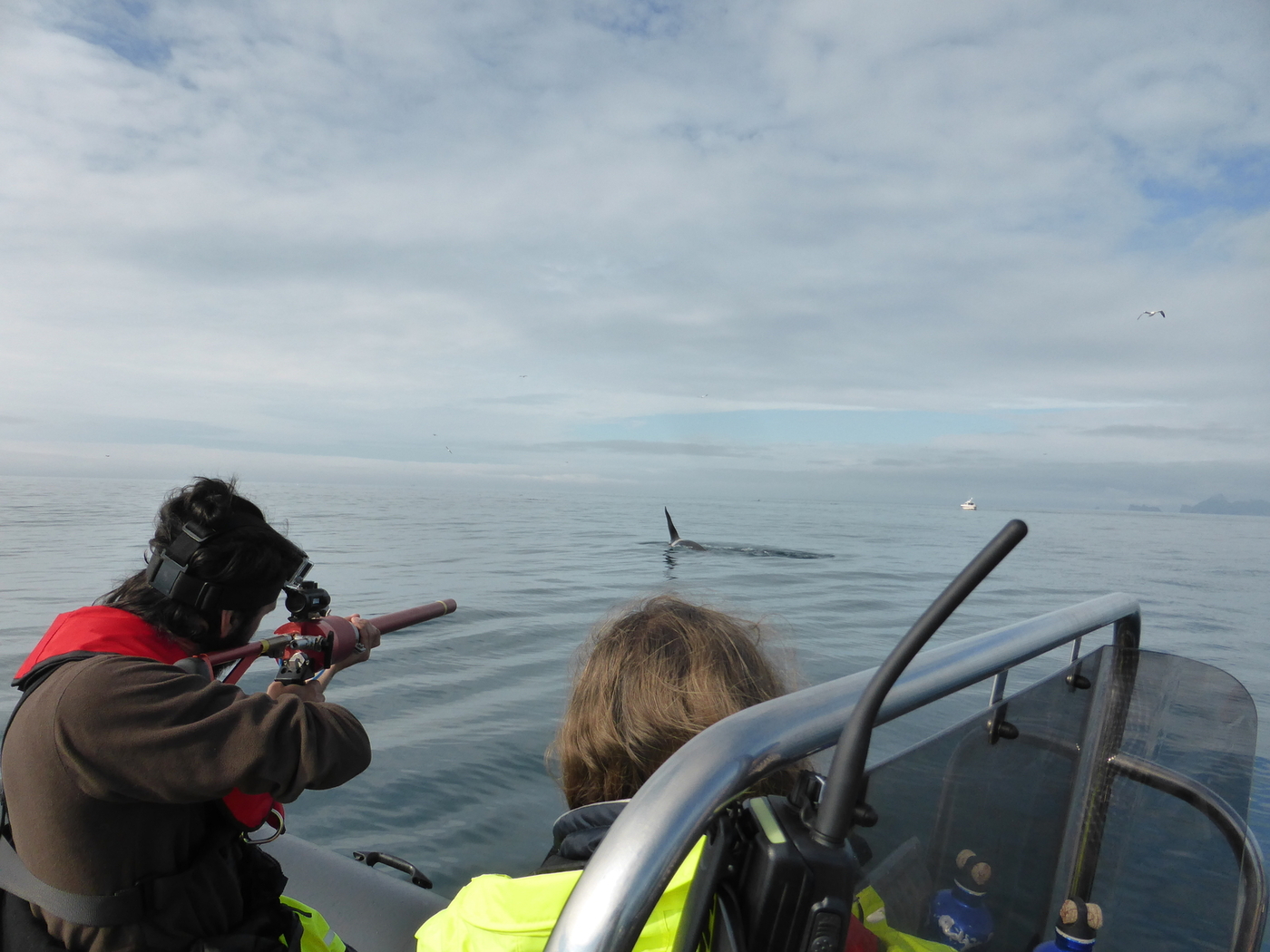 By taking samples from the skin of killer whales, obtained with small darts shot at the animals, the group examined the top layer of the thick blubber the whales have under their skin where the contaminants accumulate. image/Julie Besseau

"This is an important finding because it shows us that the ecology of this population is very complex, and that sections of the population may face different threats.  A recent modelling study found that the Icelandic population on average did not face health risks. It did not, however, account for these observed variations within the population that show animals can vary a lot in their exposure to risk.  Our study highlights that it is not right to only look at the average values across the whole population; variations within the population must be taken into account to better understand how different groups or individuals are faring.  And, ultimately, these within-population variations should feature in future conservation and management decisions," says Filipa Samarra, research specialist at the University of Iceland Research Centre in the Westman Islands, about the importance of the result findings.

The article in Environmental Science and Technology can be found here.