Hannes Petersen, professor at the Faculty of Medicine

"My interest in the inner ear of whales began during my research on sea sickness, but it is a known fact that those who swim in the sea, especially long distance swimming in the sea, often experience motion sickness. This sparked my interest in studying how the whale has managed to adapt in the ocean, especially to motion sickness, something they probably have had to deal with, when they began their evolutionary move from land to sea," says Hannes Petersen.

"Research on whales plays a considerable part in understanding seasickness, and with knowledge of the problem it becomes easier to develop ways to improve the situation; possibly by medication, but especially using training beneficial to fishermen." 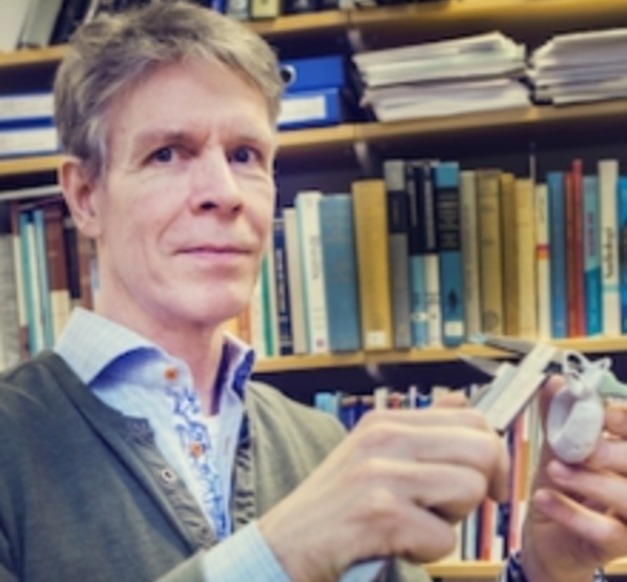 "When we become seasoned seafarers the brain reduces the importance of the inner ear's information. It is thus interesting to examine whether long term denial of the whales’ imbalance has led to changes in their inner ear's structure, especially the balance part; e.g. the vestibulum and the ampulla.

Hannes says that research on whales plays a considerable part in understanding seasickness, and with knowledge of the problem it becomes easier to develop ways to improve the situation; possibly by medication, but especially using training beneficial to fishermen. "It is probable that fishermen's accidents, both on sea and land, can to a large extent be traced back to motion sickness."

Hannes and collaborators have collected inner ears from around 130 fin whales. "We have taken CAT scans of the ears and printed out 3D models of them. The first findings show that there the inner ears differ considerably in individuals within the same species. The size of the cochlea varies however not as much as the size of the ear's equilibrium; that is the vestibulum and the ampulla.

Hannes' research is not limited to the study of motion sickness has he also conducts research on natural medicine that could possibly replace traditional antibiotics in treating bacteria in the middle ear. He has also been a medical doctor on the Coast Guard's helicopter for quite some time where he first encountered accidents on fishermen that he believed to be the linked to seasickness.