The return of materialism(s)? Matter between science, theory and art | University of Iceland Skip to main content

The return of materialism(s)? Matter between science, theory and art

In recent years scholars, artists and scientists have been exploring "how matter comes to matter" through what is called new materialism. The material, objective world is not a mute or a passive canvas for human life to act upon but full of diverse kinds of active meaning-making to be found within and between e.g. ecosystems, neurotransmissions, plants or animals. Objecting to the human-centric approach which limits agency and relationality to the social lives of humans, new materialist scholars do radically interdisciplinary research in order to respond to the current economic, ecological and political crises. Stock market crashes, earthquakes and the increasing complexification of political and social systems (and their breakdowns) demonstrate not only that a new epistemic perspective is needed but that we need to collaborate in affirmative ways over traditional disciplinary lines.

The symposium The return of materialism(s)? which the centre of philosophy holds in relation to the COST-funded network project New Materialism – ‘How matter comes to matter’. Iris van der Tuin and Felicity Colman will begin by introducing new materialism and the COST-project followed by the Icelandic artist Bryndís Snæbjörnsdóttir, who will give a paper about the Snæbjörnsdóttir/Wilson art project You must carry me now, which explores the interconnections between eco-systems and social systems around the Grand Canyon in USA. The philosopher Jan Overwijk will give a paper on how Niklas Luhmann conceptualises social systems and how his thought can interact with new materialism. Subsequently the Icelandic research-project Embodied Critical Thinking will be introduced by Sigríður Þorgeirsdóttir and Björn Þorsteinsson. The symposium will finish with a panel discussion on the value of new materialism for academic research and social issues today.

13.15: You must carry me now – Bryndís Snæbjörnsdóttir

You Must Carry Me Now: Bryndís Snæbjörnsdóttir/Mark Wilson

The photographic work You Must Carry Me Now is a component of the project by Snæbjörnsdóttir/Wilson Trout Fishing in America and Other stories (2015). The project was funded and hosted by the Global Institute for Sustainability, based at Arizona State University.

In the project, the artists focused on endangered species still inhabiting the Grand Canyon. Because of a multitude of environmentally compromising human activities, the California Condor is now highly ‘managed’ by humans and for it conservation efforts constitute critical ‘life support’ systems.

The artists worked alongside biologists in the field there at Vermilion Cliffs and in the biological collection at University of Arizona, Tucson they made a series of 14 photographs from frozen condor cadavers. The photographs were then each presented together with a text revealing the individual life and behaviours of each bird as explained by the biologists – information that would otherwise have been deemed as having no purpose and would, in all probability, been lost.

By far the greatest number of these protected birds dies very young through lead poisoning as a result of feeding from contaminated gut piles discarded by hunters. The frozen bodies of these animals are thus political, kept in this suspended condition in part, as evidence of the causes of their demise. Through this work, the artists bring insight into the complex and often awkward nature of our relationship to endangered species, to conservation and to the environment more widely.

In the light of a perceived gulf between science and its public, they consider what is lost when scientists, as close observers of ontological others, are required by their discipline (and funders) to focus narrowly on data collection to the exclusion of material with the power to slow, to affect and prompt human behavioural change.

Niklas Luhmann’s second-order social cybernetics presents us with what might be regarded as a post-structuralist theory of society. Luhmann conceptualises society as a complex autopoietic system. The term ‘autopoiesis' is borrowed from the biologists Maturana and Varela to denote the self-producing and self-reproducing nature of this system. In the case of society, the system consists of distinctions, of which the distinction between system and environment is the first and most important one. As the system draws this distinction, this boundary between inside and outside, it produces itself as one pole of the system/environment distinction. All further distinctions are inscribed on the system side of this distinction, leading to a conception of society as a self-referential loop of communications. As a result of this self-referentiality, the logic of the social system is differential, contingent and immanent.

In this paper, I will highlight those elements in Luhmann’s systems theory which render his concept of the system a useful tool for scholars of new materialism, like its emphasis on difference, immanence and contingency but also its post-dualism and posthumanism. I will also specifically discuss the themes of materialism and realism, since these may prove difficult for Luhmann’s theoretical framework. As we saw, society consists of a self-referential loop of distinctions (or: meaningful communications). Where can we find matter in this picture? How can these distinctions reach out of their self-referential loop in order to escape a fateful solipsism? I will argue that Luhmann does not deny the existence or causal effectivity of the material world, but places it in the environment of the social system precisely in order to be able to respect it as an autonomous force irreducible to society.

“Embodied Critical Thinking” (ECT) is the name given to a research project that received funding from the Icelandic Research Fund earlier this year and sets out to undertake a systematic, thoroughgoing and practical reconsideration of the concept and practice of critical thinking, drawing on recent theories and research concerning embodiment and experiential thinking. The project starts from the premise that the notion of embodiment is the missing link in prevalent conceptions of critical thinking; or, in other words, embodiment is the basic reality out of which we need to reconsider critical thinking in theory and in its practical training. This requires acknowledging forms of body-environment interactions as the basis of thinking, as well as intricate situational backgrounds functioning in cognitive acts. The ECT project includes researchers that are doing cutting-edge theoretical work on embodied thinking and its practical applicability for the teaching of critical thinking. ECT researchers will lay theoretical and methodological foundations for teaching ECT, and leading international research centers on experiential thinking will assess the pilot teaching projects where the methodology of ECT will be tested. The project promises to offer a novel contribution to the field of critical thinking that has mainly been restricted to reasoning or social criticism, not taking the experiential background adequately into account. This form of teaching also promises to strengthen students in all subjects where critical thinking is required to better think for themselves. 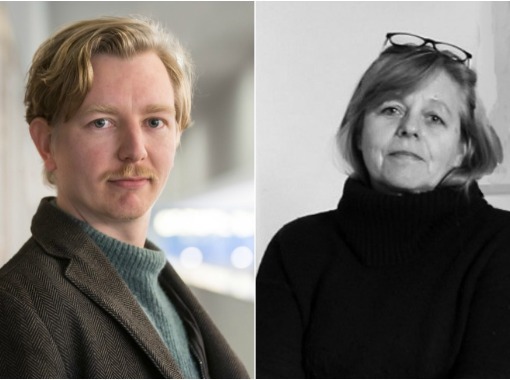