Opponents:
Dr. Mark Daly, Director of the Institute of Molecular Medicine Finland (FIMM), University of Helsinki, and an Institute Member at the Broad Institute of MIT and Harvard.
Dr. Thor Aspelund, Professor of Biostatistics at the School of Health Sciences, University of Iceland, and a statistician at the Icelandic Heart Association.

Also in the doctoral committee: Dr. Bjarni V. Halldorsson, Head of Sequence Analysis at deCODE genetics and Associate Professor at the department of Biomedical Engineering at Reykjavik University

Chair of Ceremony:  Dr. Einar Örn Sveinbjörnsson, Professor and the Head of the Faculty of Physical Sciences, University of Iceland

Abstract:
The aim of genome-wide association studies (GWAS) is to identify sequence variants that influence human traits or diseases. Previous GWAS have mostly focused on finding variants that affect the mean of a trait or disease risk under an additive model. However, variants can contribute to traits in different ways, such as under a recessive mode of inheritance and by affecting the variance of quantitative traits. In this thesis we use different statistical models to detect variants associating with sensory traits and explore relationships between correlated phenotypes. Furthermore, we implement a variance model to detect sequence variants that affect the variance of quantitative traits and we explore the effect of variants on the variance of glucose levels.

In Paper II we conduct a GWAS on structural measures of the corneal endothelium that are used in clinic to evaluate the health of the cornea. We detected associations at 7 novel loci, one of which is an intergenic variant near ANAPC1 that strongly associates with decreased endothelial cell density and accounts for a quarter of the population variance of cell density. The variant near ANAPC1 does not affect risk of corneal diseases or glaucoma in our data, which shows that even though low endothelial cell density is associated with ocular diseases, low cell density does not in and of itself lead to the development of disease.

In Paper III we conduct GWAS meta-analysis of age-related hearing impairment (ARHI) using both the additive and recessive models. Previous GWAS on ARHI have reported common variants with small to moderate effects, while in this study, 14 of the 22 novel variants have rare genotypes with large effects. Six of the novel variants associate with ARHI under the recessive model, some of which would not have been detected under the additive model. We constructed an ARHI genetic risk score (GRS) using common variants and show that individuals in the top GRS decile develop ARHI 10 years earlier than those in the bottom decile, and their risk of ARHI is comparable to carriers of rare highly penetrant ARHI variants while the rare ARHI variants predispose to more severe ARHI than the common variants.

Our findings shed a new light on the genetics of glycemic traits, the corneal endothelium and ARHI and highlight the importance of applying different statistical models when analyzing the effects of variants on phenotypes.

Erna was born in Reykjavik in 1990. She received a bachelor’s degree in mathematics from the University of Iceland in 2013 and a master’s degree in statistics from Imperial College London in 2014. Erna conducted her doctoral study at deCODE genetics where she has been a Research Associate since 2014. 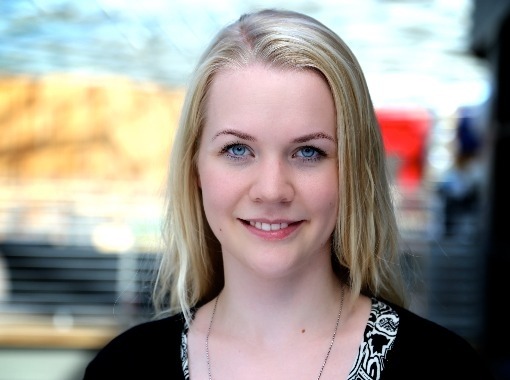