Several waste incinerators in Iceland were closed down in 2011/2012 due to environmental problems and health concerns. To date no cost effective and environmentally acceptable replacement has been found for disposing of the waste that was combusted at these facilities up to 2012. As a result, large amounts of waste have been transported by ferry and road to be landfilled or incinerated hundreds of kilometers away (for example routes include from Vestmannaeyjar to Reykjavik or even in some cases Blönduós, with similar long journeys in other remote locations, for example Vestfirðir). The aim of this PhD project was to take steps towards adapting a greener solution developed elsewhere for waste disposal to Iceland. The process is called gasification which is a waste-to-energy technology. The challenges for waste gasification are its adaption to the Icelandic scale, using waste as feedstock and determining operational parameters. Downscaling must be done while still eliminating the pollution problems of incinerators and the cost constraints of small-scale plants.
To overcome these challenges, the experimental and pilot work at the University in Iceland was conducted by modeling and simulation. Described in this thesis is the following modelling and simulation work: An integrated small-scale gasification system with power production unit was simulated by using ASPEN Plus. This model helps to understand under what conditions and in which ways the system can operate. The system’s model was used to analyze and assess the potential of adapting gasification-based waste to power systems for conditions in Iceland. The analysis and assessment includes techno-economic and environmental perspectives.
The project’s contribution to the field of gasification is the knowledge regarding simulation of small-scale gasifiers as well as the assessment of their performance and various operating parameters. This knowledge is valuable for developing gasification solutions for smaller communities that have similar waste streams and waste disposal challenges.
The results indicate that electricity production from waste gasiﬁcation could be technically feasible, environmentally, and economic acceptable option replacing incinerators and landfilling sites for waste disposal in Iceland. Among all the studied feedstock alternatives, timber and wood waste are the most beneficial when certain factors are considered. The production of 1 kWh electricity from timber gasification comes with the relatively low global warming potential of 0.07 kgCO2eq, acidification potential of 0.09 kgSO2eq, and eutrophication potential of 0.36 kgNO3eq. The results of techno-economic assessment show that the net present value is positive for a gasification system with the capability to generate greater than 45 kW. Discounted payback period (DPP) will be also lower than 2 years for a gasification with capacity higher than 75 kW. However, it could be lower than 6 months if gasification is applied in capacity greater than 200 kW.
It is also worth to mention that, if cogeneration of heat and power (CHP) is used – instead of only power production – the DPP can be shortened even further (i.e., in cold locations where cheap geothermal hot water is not available) and that will make gasification even more feasible than shown in this thesis.

Sahar began her doctoral studies at the University of Iceland in December 2017. Her dissertation deals with modeling the gasification of organic waste for energy production and the use of models to perform a comparative analysis of performance, technical-economic analysis, and environmental impact assessment.
Simultaneously to her doctoral work, Sahar worked on developing models for sustainable supply chains of various biofuels, the development of simulation models for energy production (power, heat, and bioethanol) with organic waste, and on the sustainability assessment of the use of bio-waste for energy production for remote areas. Sahar has also worked on numerous other energy-related projects, including gas transmission, solar energy, hydrogen production, energy conversion technologies, energy in buildings, and more. 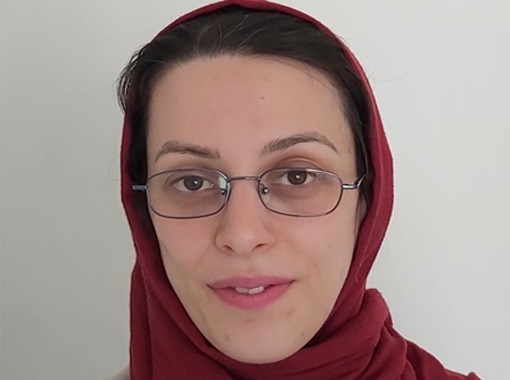