Chair of Ceremony: Dr. Anna Dóra Sæþórsdóttir, Professor and the Head of the Faculty of Life and Environmental Sciences, University of Iceland

Abstract:
The theory of divergence by trophic polymorphism, an important part of diversification in vertebrates, has recently been extended to encompass the interplay of developmental, ecological and evolutionary processes (Eco-Evo-Devo dynamics). However, this extended theory doesn’t thoroughly explain the evolution of reproductive isolation, which is unfortunate considering the recent advances from the field of speciation. In this thesis, I argue that the Arctic charr morphs of Thingvallavatn are an ideal system to study how reproductive isolation is embedded within the theory of divergence by resource polymorphism, which I present through five papers. First, I focused on two sympatric morphs, the small-benthic (SB) and the planktivorous (PL) charr. Common-garden experiments showed limited evidence for hybridization to affect the structure of trait covariance in both morphs, regarding morphology, developmental timing and feeding behaviour (Paper I), and personality traits (Paper II). However, information on gene expression variability in embryos indicated that hybridization might influence evolvability (Paper III). Multiple reproductive barriers between the two morphs, involving habitat use, assortative mating and hybrid development were also assessed (Paper IV). Finally, Paper V combines field studies and rearing experiments to explore the interplay between habitat choice and offspring development in the large-benthic (LB) charr, which spawns earlier in the season than the other morphs. The results suggested that LB-charr favour temperature conditions that may delay offspring development. Altogether, these findings provide an overview on reproductive isolation among the Arctic charr morphs of Thingvallavatn and constitute a primer to study speciation in an Eco-Evo-Devo context.

About the doctoral candidate:
Quentin Horta-Lacueva was born in 1993 in Haute-Marne, in North-eastern France, where he learned about nature by going fishing, hiking and doing forestry work with his familly. He obtained his A Level in an agricultural school. Quentin completed his Bachelor´s studies in Biology and Environmental Sciences at the University of Lorraine in 2014. He pursued with Masters´ studies in Organismal and Population biology at the University of Burgundy, in Dijon, which he completed in 2016. Quentin conducted his Master projects at Lajuma Research Centre in South Africa, where he worked on the behavioural ecology and the conservation of endangered primates. Quentin has also volunteered for several Naturalist student organisations, and notably organised surveys of eagle-owl nesting sites in Dijon. After his Masters, Quentin did a civic service at LPO (Birdlife France) on convervation issues in swans. He then worked in the same agency as a research assistant for various conservation projects on birds, amphibians and butterflies, and is still and active member of this organisation. Quentin started his PhD in 2017, during which he became a certified Master of SLiM. 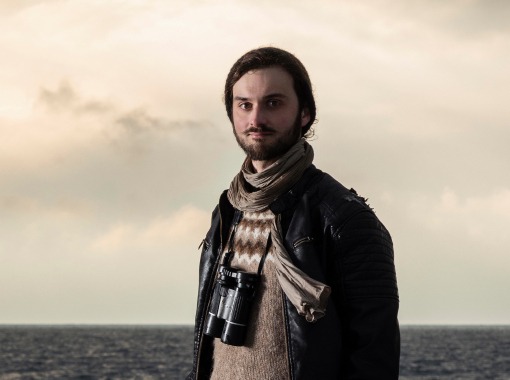