Advisor: Dr. Snæbjörn Pálsson, Professor at the Faculty of Life and Environmental Sciences, University in Iceland

Chair of Ceremony:  Dr. Anna Dóra Sæþórsdóttir, Professor and the Head of the Faculty of Life and Environmental Sciences, University of Iceland

Variation in morphology of shelled marine gastropods across small spatial scales may reflect restricted population connectivity, resulting in evolutionary or plastic responses to environmental heterogeneity. Species delimitation of shelled gastropods is often based solely on shell characteristics, therefore, morphological variation can lead to taxonomic confusion and inaccurate estimates of species diversity. A comprehensive delimitation approach based on both phenotypic and genotypic information is needed in the face of such taxonomic uncertainty.

The common whelk Buccinum undatum, a subtidal gastropod ubiquitous in the North Atlantic, exhibits considerable spatial variation in shell morphology and color. The purpose of the current project was to perform a comprehensive analysis of phenotypic differentiation across the whelk’s distribution and compare with a revised analysis of molecular genetic differentiation among the populations.

Hildur was born in Reykjavík in 1981. She graduated with a Bachelor degree in Biology from Faculty of Life and Environmental Sciences at the University of Iceland in 2007. In the same year she started her Master‘s degree at the same institute in collaboration with Vör – Marine Research Center in Breiðafjörður where she focused on the life history traits and population genetics of the common whelk in Breiðafjörður. After graduating with a MSc in 2010 she continued her research at Vör and also worked as a kindergarten teacher in Dalskóli, Reykjavík from 2011 – 2014. Hildur started her PhD studies at the Faculty of Life and Environmental Science at UI in 2014, in collaboration with Hólar University. During her doctoral studies she has assisted with teaching at UI, been a guide in nature hikes for the public, participated in the training of high school students for the Biology Olympiad, organised the Friday Lunch Seminar for the Biology Department and been a board member in Arkímedes, the student union for PhDs and post docs at UI. Hildur is already continuing her research at UI on the phenotypic and genotypic variation of the common whelk in the North Atlantic.

Hildur‘s parents are Magnús Marísson and Sigríður Sigurðardóttir. Hildur is married to Fannar Ríkarðsson and they have three children: Snædís (b. 2005), Viljar (b. 2010) and Sóldís María (b. 2019). They live in Reykjavík. 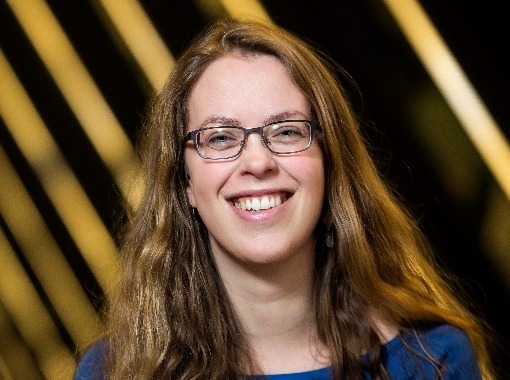