Þorsteinn Sæmundsson, adjunct lecturer at the Faculty of Civil and Environmental Engineering

Drones are unmanned flying machines that have countless potential uses. One of the most common ways in which they are used is for photography, not least in locations which are difficult to access. There has been a dramatic increase in the use of drones for various kinds of remote sensing, e.g. to monitor the spread of vegetation or soil erosion in Iceland or the flow of new lava fields. At the same time as regulations have been tightened regarding the use of drones here in Iceland, they are becoming ever more important, not least as basic research equipment. Drones have, for example, been used to research changes to glaciers and the formation of lakes in front of glacial termini. Þorsteinn Sæmundsson, adjunct lecturer and geologist, is now working on mapping the mountainsides in the vicinity of such glaciers using drones manufactured by the company Svarma. Amongst others, Svarma employs entrepreneurs studying at or recently graduated from the University of Iceland. The start-up company specialises in developing drones and various related remote sensing equipment.

"This research was inspired by the enormous environmental changes occurring around Icelandic glaciers," Þorsteinn says of the origins of the project.

"This research was inspired by the enormous environmental changes occurring around Icelandic glaciers." 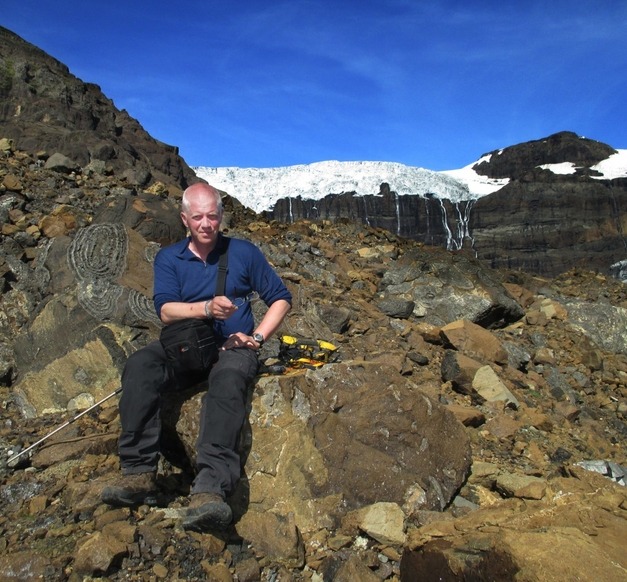 "The glaciers are now retreating fast and thinning, leaving steep and often unstable slopes that could prove treacherous to people and livestock. Large glacial lakes are forming in front of many glacial termini, which further increases the risk of major landslides. By developing mapping techniques using drones, the mapping itself is simplified as well as monitoring of the landscape in the future. It is also possible to research in much greater detail areas which are generally inaccessible."

Þorsteinn says that alongside the significant climate changes that people are now recognising, there have also been major changes to Iceland's mountainous regions. "We must research these changes and I believe that the University has a key role to play. The methodology we are using in this project could also be used for this kind of research."

Þorsteinn has conducted this research in collaboration with Daniel Ben-Yehoshua, Master's student in geology at the University of Iceland, and Victor Pajuelo Madrigal from Svarma. Victor was a student on the University of Iceland Master's programme in environment and natural resources and indeed his thesis focused on how geographical information and aerial photographs taken by drones might be used to reclaim wetlands.

"It is indeed extremely important to link research in this area to industry and not least start-up companies specialising in mapping by drones," says Þorsteinn, who believes the research is highly valuable. "We are introducing new mapping techniques and simultaneously improving our monitoring of treacherous mountainsides. These techniques could provide us with extensive information on the status of and changes to slopes we wish to monitor closely, thereby improving safety for everyone."