David Harning, Doctoral Student at the Faculty of Earth Sciences

Drangajökull is the only glacier on the Vestfirðir Peninsula, situated furthest north of all the Icelandic glaciers. It is named for Drangaskörð; seven magnificent strata on the coast at the opening of Drangavík Bay. Drangajökull has long been considered less formidable than other glaciers in Iceland; when the area was inhabited the glacier was frequently crossed on foot or horseback. Driftwood was for example frequently transported over the glacier.

Drangajökull lies at a relatively low altitude; the whole glacier is under 1000 m above sea level; yet it refuses to retreat according to research conducted at the University of Iceland.

“In the latter half of the twentieth century Drangajökull has gone through a growth period, and a period of relative stability, while other glaciers in Iceland have retreated in accordance with global warming,” says David Harning, doctoral student at the University of Iceland who has spent a number of summers studying the glacier.

"Glaciers are great to understand the variability of climate through time, because the way they grow and diminish is primarily decided by summer temperatures, and to a lesser degree by precipitation in winter." 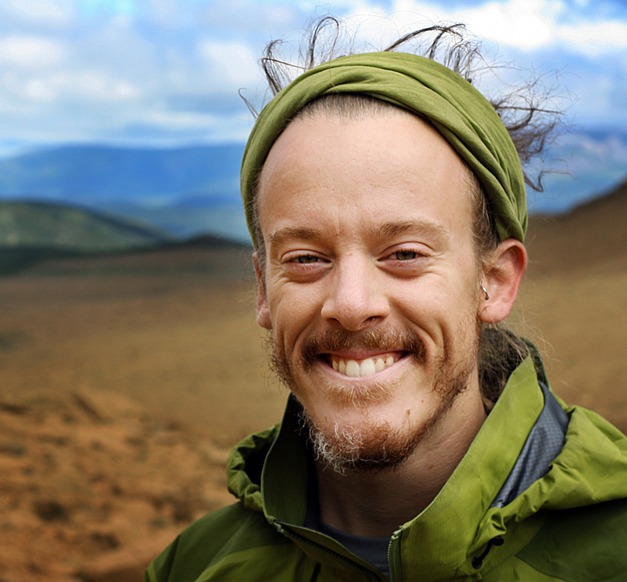 “This is probably due to the location of the glacier on the Vestfirðir Peninsula where it is influenced by the lower sea temperatures compared to the glaciers in the south of Iceland. This unique development has spawned theories that Drangajökull has developed differently from other glaciers in Iceland in the past. Our research, however, shows that Drangajökull has had a similar history to other glaciers during the last 10,000 years. It retreated when other large glaciers retreated, and grew when they grew. Thus in the long term, Icelandic glaciers behave in a similar manner.”

Harning has researched the glacier and lakes in its surroundings in recent years in collaboration with his supervisor, Áslaug Geirsdóttir, Professor of Earth Sciences. Áslaug has studied core samples from the sediments of lakes in Iceland and demonstrated the development of climate over millennia by analysing the layers of sediment.

Harning says that glaciers are great to understand the variability of climate through time, because the way they grow and diminish is primarily decided by summer temperatures, and to a lesser degree by precipitation in winter.

“When summers are cool and the snowfall in winter is heavy the glacier grows, and vice versa. The temperature and precipitation are of course in turn influenced by conditions in the ocean around the glacier. By simulating the current behaviour of Drangajökulll we can estimate the degree to which the North-Atlantic influences Icelandic climate.”

Drangajökull has been studied intensely in recent years, and scientific articles on the results of those studies have appeared regularly. Different groups study glaciers for different reasons, says Harning. “Our team is interested in the long term development of climate, rather than for example the dynamics and movement of glaciers over shorter periods. By understanding the variability of climate in the past as a reaction to changes in climate we can be better prepared for changes in the future. Glaciers are one of the best ways to understand the climate of the past since they are linked to two key factors in climate; temperature and precipitation.”

Harning’s Doctoral studies and the studies of his team are funded through grants from the Icelandic Centre for Research (Rannís).