Six post-doctoral researchers have been hired at HM Queen Margrethe II's and former President Vigdís Finnbogadóttir's interdisciplinary Research Centre on Ocean, Climate and Society (ROCS).  ROCS operates under the auspices of both the University of Iceland and the University of Copenhagen with a base in Veröld - House of Vigdís.

The post-docs will play a crucial role in strengthening the collaboration between the Danish and Icelandic researchers affiliated with the research centre. The centre is interdisciplinary and aims at focusing on the interaction between climate change and the ocean's ecosystems, and their importance to Icelandic society and culture.

The six postdoctoral fellows are in in the humanities and social sciences on the one hand, and in the natural sciences on the other. The former will investigate the impact of the ocean and climate change on Icelandic society and culture, and the latter the relationship between climate and ecosystems over time, in the ocean and on land. This will be done by mapping the links between climate and the marine biosphere during the Anthropocene, and researching climate-related changes on land and at sea.

"ROCS research focuses on the ocean surrounding Iceland, Icelandic communities and nature. The main goal is to study how ecosystems and climate change impact Icelandic environment, both on sea and land, but Iceland is considered an ideal platform to study the complex interplay between climate, biosphere and humans," says the project manager, Arndís Bergsdóttir. image/Kristinn Ingvarsson 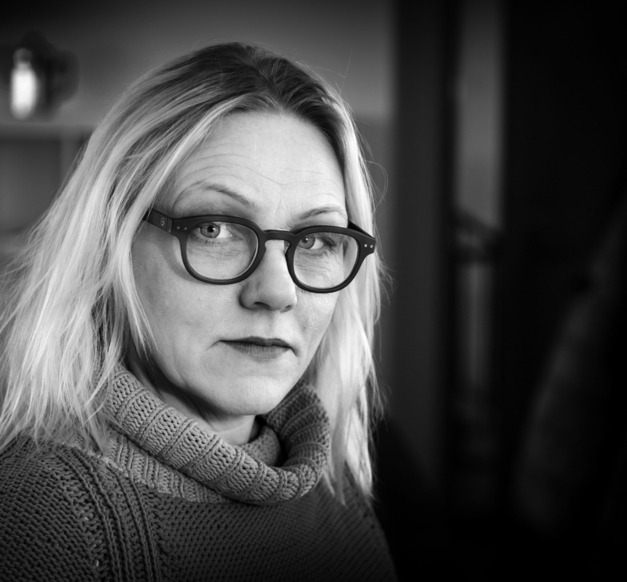 Emphasis on climate, society and the ocean around Iceland

The Research Centre on Ocean, Climate and Society was established by the Carlsberg Foundation in collaboration with the Icelandic Government and The Icelandic Centre for Research in the spring of 2020 on the occasion of the 80th birthday of Queen Margrethe  and the 90th birthday of former Icelandic President Vigdís Finnbogadóttir. The Icelandic authorities wanted to honor and strengthen the long-term and positive scientific collaboration between the two countries with their contribution to celebrate the 75th anniversary of the establishment of the Republic of Iceland 2019.

"ROCS research focuses on the ocean surrounding Iceland, Icelandic communities and nature. The main goal is to study how ecosystems and climate change impact Icelandic environment, both on sea and land, but Iceland is considered an ideal platform to study the complex interplay between climate, biosphere and humans," says the project manager, Arndís Bergsdóttir.
"This is mainly due to the isolation in the North Atlantic, the close proximity of people and nature but also access to sources on way of life and culture."

Even though the focal point of the ROCS research is the ocean around Iceland, it is assumed that part of the research results will be useful to understand the development in all of the North Atlantic.

The research conducted by ROCS is based on close collaboration between everyone involved interweaving the traditional fields of natural sciences, humanities and social science as stated above. The studies aim at creating new knowledge based on different approaches on similar subjects. In addition to research and the creation of knowledge ROCS aims at building on decades of collaboration between Iceland and Denmark in the field of science, and lay the foundations of a dynamic network of research scientists and future collaboration.

"ROCS research will look especially towards novel approaches where eDNA is identified from ocean and lake cores drilled for in both sea and lakes. This method will for the first time prove an insight into the correlation between ecosystems with the development of climate and create new knowledge on the complex interplay between ecosystems, climate, humans and other organisms in Iceland," says Arndís.