New measurement sheds light on the mystery of the expansion of the universe | University of Iceland Skip to main content
18/11/2019 - 14:33

An international group of astrophysicists has applied a new method to measure one of the basic metrics of the expansion of the universe, the so-called Hubble Constant. Among the scientists involved was Kári Helgason, who has worked at the University of Iceland.

The constant in question, like the famous Hubble Telescope, is named after one of the most famous astronomers of the 20th century, Edwin Hubble. He was among the first astronomers to discover that there were many more galaxies besides our own, vast distances away, meaning that the universe was much larger than previously believed. He also demonstrated that the galaxies were getting further away from each other at a speed proportionate to the distance between them, i.e. as the distance between the galaxies grew, the faster they moved away from each other.

According to Hubble's original measurements in 1929, the speed of the expansion of the universe was about 500 km per second per megaparsec, a megaparsec being a unit of distance equivalent to about 3.26 million light-years. Hubble concluded that a galaxy that was two megaparsecs away from the Milky Way would be moving away from us at twice the speed of a galaxy that was one megaparsec away. This proportionality constant has been named the Hubble Constant and confirmed for the first time that the universe was expanding. It was also the first clue that the universe had a starting point. If the galaxies are moving away from each other, this means that they used to be closer together. If we simply rewind far enough back in time, then at one point they must have been all at a single point. The Hubble Constant is therefore a key metric of both the age of the universe and its fate. Will it continue to expand for eternity, or will it slow down and finally collapse in on itself?

Ever since the Hubble Constant was first revealed, scientists have attempted to quantify it more precisely. One of the key projects for the Hubble Space Telescope (which began operating in 1993) was to resolve the conflict between two factions of astronomers who argued about the value of the Hubble Constant, whether it was 50 or 90. In fact, neither side won that argument as the answer turned out to be somewhere in the middle, around 70.

Edwin Hubble is with Albert Einstein on this photo. According to Hubble's original measurements in 1929, the speed of the expansion of the universe was about 500 km per second per megaparsec, a megaparsec being a unit of distance equivalent to about 3.26 million light-years. Hubble concluded that a galaxy that was two megaparsecs away from the Milky Way would be moving away from us at twice the speed of a galaxy that was one megaparsec away.  The photo is from the California Institute of Technology. 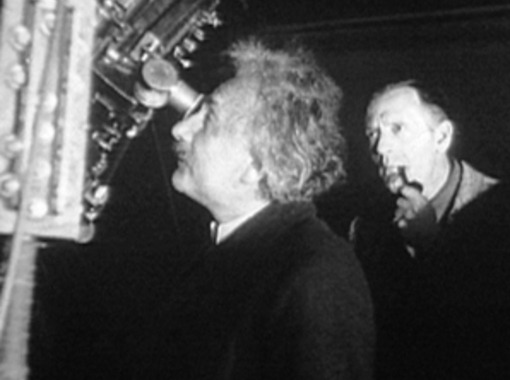 More than one measurement of the constant correct?

In recent years, the Hubble Constant has generated a new puzzle. Different measurements appear to cluster around two values: 68 or 73. But only one of these values can be correct. Or can it? There is the exciting possibility that methods based on measurements of the state of the universe when it was very young correctly differ from measurements based on our part of the universe today. This could be caused by new, undiscovered laws of physics or the mysterious dark energy, either of which could mean that the Hubble Constant is not constant, but changing throughout the history of the universe.

To get to the bottom of these issues, scientists require not only more precise measurements but also diverse measuring techniques capable of observing the universe at different stages of its history. Now an international group of scientists from both sides of the Atlantic, led by Alberto Domínguez at the University of Madrid, have published a measurement of the speed of expansion obtained using a new method. The article, entitled "A New Measurement of the Hubble Constant and Matter Content of the Universe using Extragalactic Background Light-Gamma Ray Attenuation", was published in the latest issue of Astrophysical Journal.

The scientists' measurements are based on data from astrological telescopes, both on Earth and in space, including the NASA Fermi Gamma-ray Space Telescope, which was launched around ten years ago. Based on measurements of the interaction of gamma rays, which are the most energetic form of light, and so-called extragalactic background light, or cosmic fog, which is composed of all the ultra-violet, infra-red and visible light emitted by stars since the beginning of the universe, the research team concluded that the Hubble Constant was 68 km/s per megaparsec. "As the universe expands, the cosmic fog thins. By measuring the density of the fog across the history of the universe, we were able to determine the expansion and thereby the Hubble Constant," says astrophysicist Kári Helgason, one of the researchers involved with the project. Kári contributed to the research in his position at the University of Iceland Science Institute, but has now moved to work on the CarbFix project, a collaboration between Reykjavík Energy and the University of Iceland.

Continuing to tackle the mystery of the Hubble Constant

But what does it mean to have more accurately estimated the expansion of the universe? "According to this, the age of the universe is 13.9 billion years, but that is perhaps not the main point. Our methods determine the rate of expansion in the middle of the universe's lifespan. This means that the variability between different measurements is potentially caused by imperfect methods and measuring errors rather than the effect of dark energy or a new law of physics," says Kári. He admits that the possibility of a new law of physics would certainly be more exciting, but he doubts that the findings of the research will put the mystery of the Hubble Constant to bed. "We need both more precise measurements and diverse measuring techniques. Our method is a new tool in the toolbox," he explains.
It is worth mentioning that the same team of scientists last year published a fascinating article in the respected journal Science, describing how they had measured the total starlight emitted in the history universe and reproduced the creation of stars over a period covering 90% of the history of the universe.

The article in Astrophysical Journal. 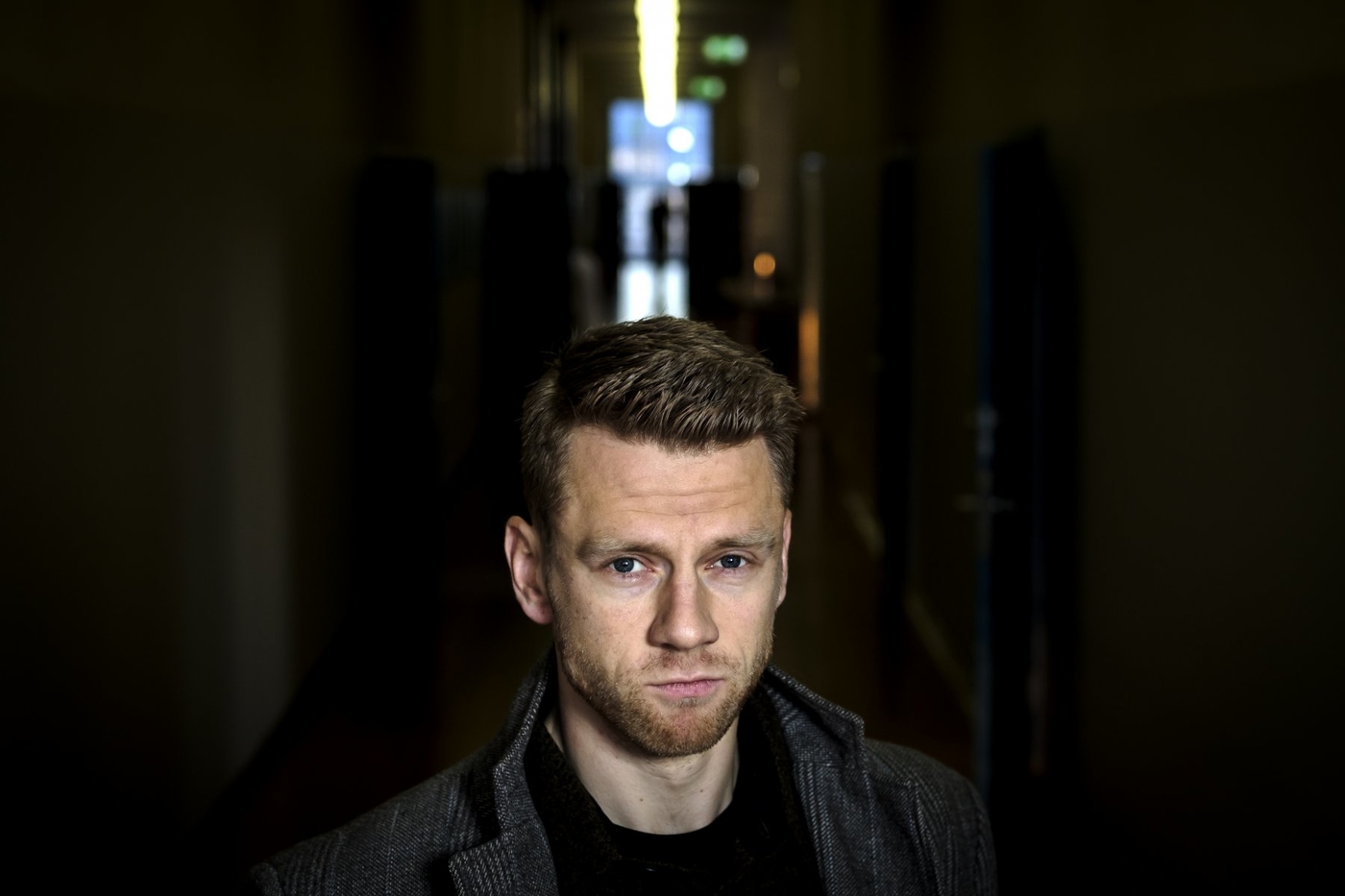 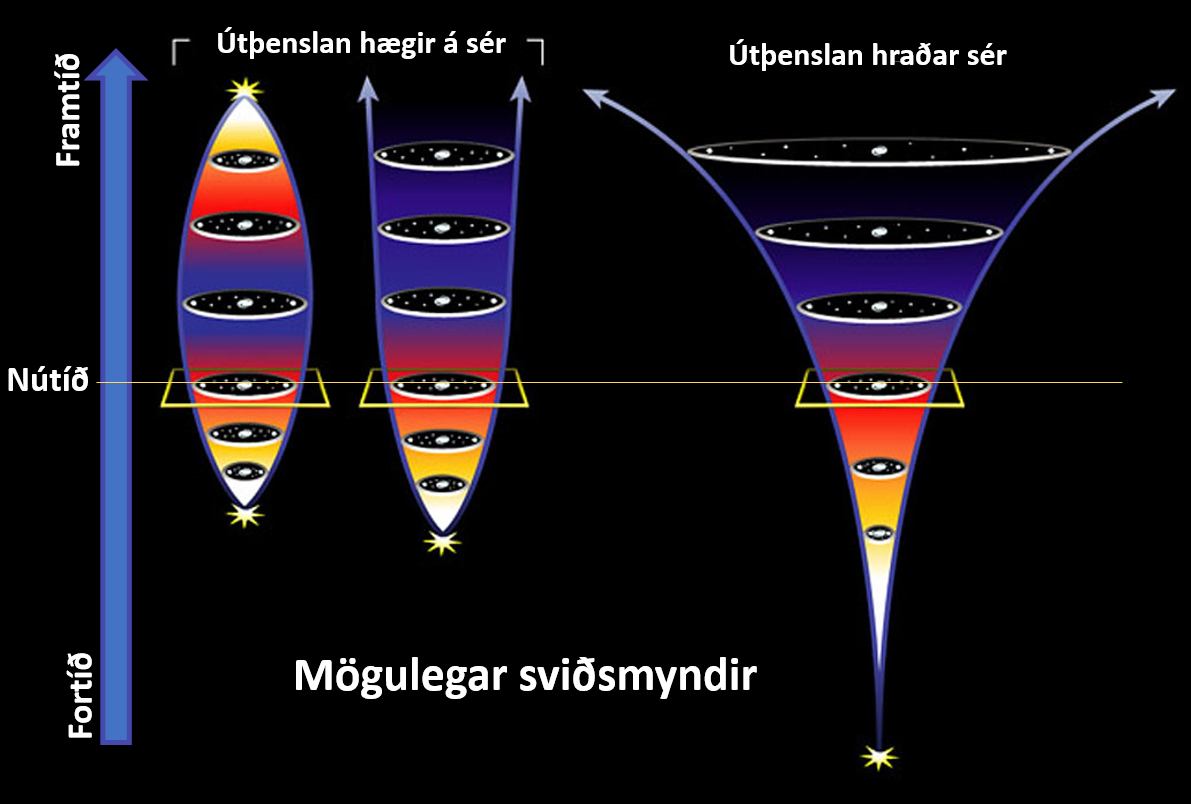