Research scientists at the University of Iceland and Flinders University in Australia have developed a virtual realty so that anyone can "dive" around the shipwreck of the Dutch merchant vessel Melckmeyt, that sank by the island Flatey in Breiðarfjörð in October 360 years ago.

Research scientists have thus succeeded in combining information technology, virtual reality, archaeology, and history, in line with the University of Iceland's special emphasis on enhancing the use of IT. It is safe to say that the research approach is completely novel. The research scientists have also published an article in IEEE Proceedings  on their study and the innovative way to present the results. (https://ieeexplore.ieee.org/document/8812007)

"The main product of the research, my doctoral thesis, will probably be read by no more than a hundred people or so, but this approach enables thousands - potentially millions - to access the results in an interesting way," says Kevin Martin, doctoral student at the University Iceland who led the research on the wreck.  The study forms part of his doctoral project on the Danish retail monopoly in Iceland from 1602 to 1787.

"Using virtual reality you can dive down to the wreck without dipping your toe in water," Kevin says with a laugh.  "We have been able to reproduce the bottom of the sea in high definition, so technically speaking the public viewing the scene may spot something on the wreck that we missed on our diving expeditions!"

The wreck of the Melckmeyt (the Milk maiden) was found in 1992 and has been preserved exceptionally well. Kevin Martin has studied the wreck in recent years alongside scientists from the Netherlands and Australia. His supervisor is Gavin Lucas, Professor of archaeology at the University of Iceland.

According to Kevin specialists in digital archaeology at Flinders University have been instrumental in developing solutions that make exploring the wreck possible for the public.   The experience is in 3D and with a 360° radius. This solution shows the wreck itself as it was in the moments after it sank," says Kevin.

The virtual dive, originally designed for an exhibition at Reykjavík Maritime Museum, takes three minutes, and by using certain equipment, VR glasses and headphones, the environment can be experienced by turning your head this way and that, you can sense changes in your surroundings and hear the sounds of the deep.  It is also possible to dive using smart devices, phones or tablets.

The research team  John McCarthy (Flinders University), Kevin Martin (University of Iceland), Fraser Cameron (Iceland Dive Expeditions) and Héðinn Þorkelsson (Diving Island). "Studying this wreck is very important to the history of Icelanders and their interactions with the Danish and the Dutch. This is one of the oldest wrecks discovered in this part of the world, providing insight into this period of Icelandic history when the Danes were very dominant, holding a monopoly on Icelandic commerce for 200 years," says Kevin. PHOTO/Héðinn Þorkelsson. 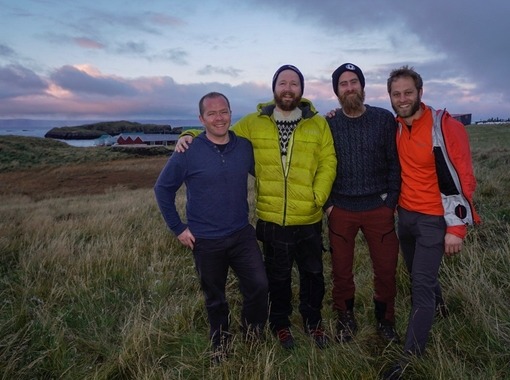 The wreck of Melckmeyt is 33 metres long and is considers to be a type of Ductch vessel known as a flute that was very common in the Seventeenth Century. The arrival of such vessels in Iceland was a great boon to the Icelanders, since the sailors brought various goods that were not available in Iceland. In the Seventeenth Century Icelandic commerce was controlled by a strict Danish monopoly, however, in 1659 a surprise attack by Sweden on Copenhagen barred Danish ships from sailing to Iceland. "The Dutch seized this opportunity and sailed to Iceland on these ships; armed to the teeth under a false Danish flag to engage in much desired trade with the Icelanders. In exchange for fish, wool, and cod liver oil the Icelanders obtained grain, wood and ceramics," says Kevin.

"The Melckmeyt was caught in a terrible storm on Breiðafjörður on 16 October 1659, and the ship sank in the harbour of Flatey, one of the crew died, the whole cargo was lost and the survivours stayed in Hafnarey until the storm subsided.”

Even though this event was recorded in Icelandic annals it was mostly forgotten until the divers Erlendur Guðmundsson and Sævar Árnason found the wreck in 1992.  Bjarni F.     Einarsson archeologist then undertook important research of the wreck after the discovery.  In 2016 and 2018 Kevin Martin studied the wreck with partners from the Cultural Heritage Agency of the Netherlands and archeologists form Flinders university in Australia, but part of the project involved creating a 3D model of the ship to use in VR.

A video from the archaological study

"Studying this wreck is very important to the history of Icelanders and their interactions with the Danish and the Dutch. This is one of the oldest wrecks discovered in this part of the world, providing insight into this period of Icelandic history when the Danes were very dominant, holding a monopoly on Icelandic commerce for 200 years," says Kevin, who is Irish but has lived in Iceland for almost twenty years.

He says that the existence of the ship shows how Icelanders and Dutchmen eluded the monopoly, even though in this case the business venture failed; the ship was fully loaded when it sank.

Those in Iceland interested in knowing more about the research and the Dutch ship can visit the exhibition devoted to the Melckmeyt at the Reykjavík Maritime Museum, curated by Kevin Martin.

"One of the goals of the exhibition is to show the importance of archaeological finds at the bottom of the sea for Icelanders and their history, and I believe we have achieved that. The exhibition and the VR have been received very positively by the public and from parties engaged in cultural communication in Iceland and elsewhere."

Media coverage of the research and the virtual reality in the last few days:

The article in IEEE Proceedings 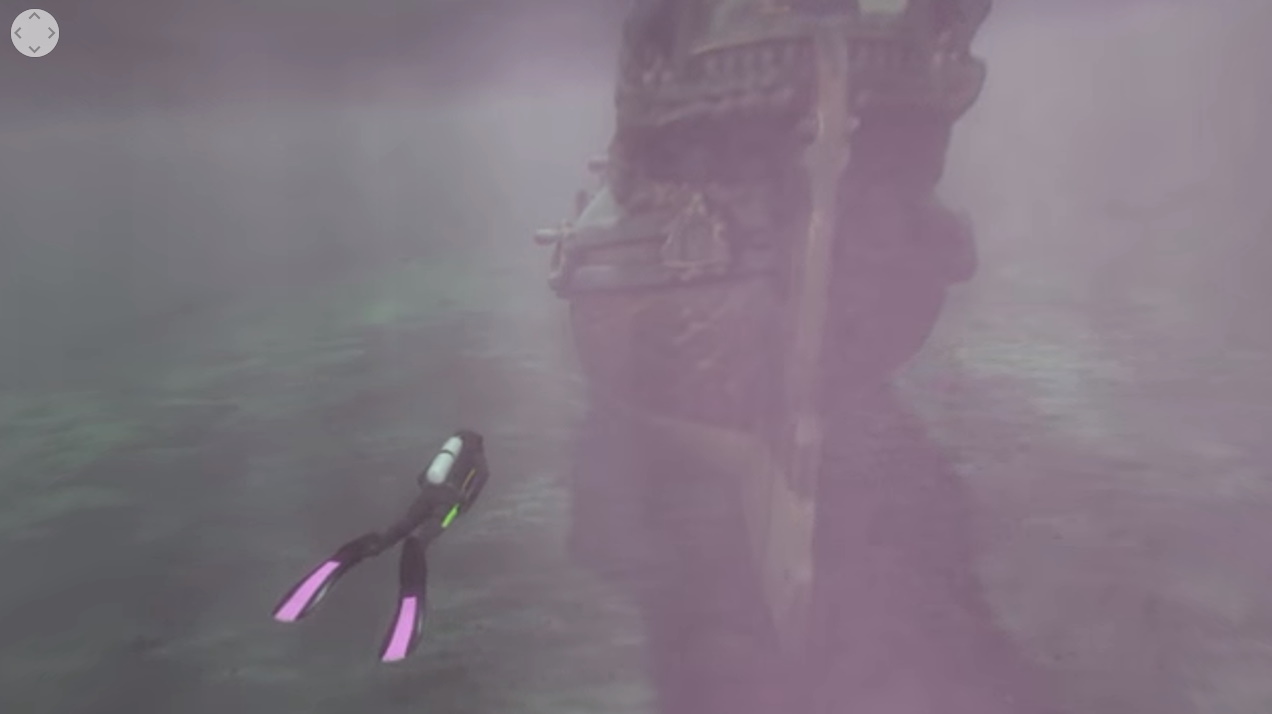