The idea of green farmwalls, based on hydroponics landed in first place in the Arctic Innovation Lab, a competition in sustainable solutions among graduate students at the Arctic Circle Assembly held in Reykjavík recently. The innovator, Kevin Dillman, completed his master's in environment and natural resources last year, but this is the second time that a student from the University of Iceland wins the competition.

The Arctic Innovation Lab is organised within Arctic Circle by Harvard Kennedy School of Government in the United States, the University of Iceland, the Icelandic School of Energy at Reykjavík University, Greenland University, and Fletcher School at Tuft universities in the United States, and has been held annually since 2014. The aim of the competition is to encourage young scientists to discuss the rapid changes that are happening in the Arctic and their effects on the earth, and come up with sustainable solutions to the challenges in the area. A total of 15 students all over the world took part in the Arctic Innovation Lab this year and each participant had two and a half minutes to present their idea. After the presentation the audience and two judges chose the best idea.

Kevin used his time to present the idea of “Win-win Decentralised Urban Farming”, closely connected to the start-up company Geogardens he founded with his colleagues. "The idea is to use a hydroponics method where plants are grown without soil to install farmwalls in offices, grocery stores and public buildings of all kinds. The hot water that is already being used to heat houses in the Arctic area could be utilised to grow lettuce, spinach and various herbs, with the added bonus of increasing air quality in the buildings. This would be a source of food for arctic communities and provide jobs and income,” says Kevin.

Kevin got the idea while he was researching the possibilities of opening a greenhouse in Iceland and realised that some of the highest costs are the structural costs. "The thought occurred to me whether it was possible to grow plants in basements and warehouses or even indoors in ordinary buildings. And if possible, whether it was possible to meet the demand for local food," explains Kevin.

Kevin points out that this can support sustainability in food production. "Hydroponic growing is estimated to decrease water use in agriculture by 70-90% and vertical farming can lead to land footprint reductions as it reduces the need for land use in agriculture, and thus deforestation, which only serves to accelerate climate changes. Our idea will furthermore reduce the carbon footprint associated with import of food to Iceland," Kevin adds.

The proximity from harvest to consumption greatly decreases the shelf time. So, by growing the herbs and greens in Iceland it would lead to better health and well-being. "It is estimated that by the time most food gets to the final consumer it has lost up to 15-55% of its nutritional value; Geogardens is aiming to help put back those nutrients by decreasing shelf time. By installing farm walls in work places, institutions and in various places we can improve the quality of life for people – it has been proven that green areas make people more active, reduce the number of sick days and increase general happiness,” says Kevin and refers to recent research from Harvard.

He furthermore points out that the idea behind Geogardens also promotes some of the UN’s sustainable development goals, including those relating to reducing the use of water in producing food, responsible consumption and production, preservation of life on land, the eradication of hunger, and improved health and wellness. 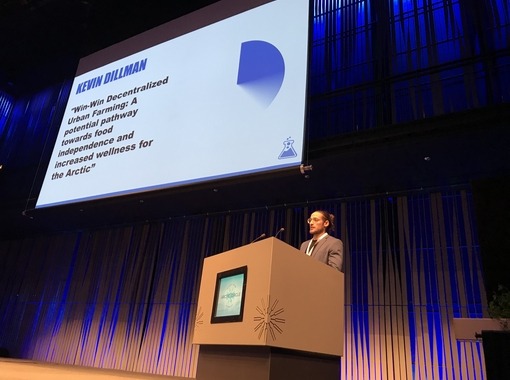 Kevin decided to take part in the Arctic Innovation Lab after his teachers in environment and natural resources told him about it. He decided that the competition would be an excellent forum to present the project. "I currently have two pilot projects ongoing in the Grandi Mathöll as well as in the Icelandic Tourism Cluster, and we are currently in the process of raising funds to develop further," says Kevin when asked about the next steps in the project.

As stated above, Kevin completed his Master's degree in Environment and Natural Resources at the University of Iceland and asked how his studies helped him in the project he said it had given him a better understanding of the challenges in the Arctic. "My studies allowed me to gain a much deeper understanding of the problems facing the Arctic, and the ability to see the underlying issues in sustainability with the Arctic's food supply chain and to see potential solutions rather than remaining a passive observer of climate change. My education has, furthermore, helped me understand how my project affects sustainability and has enabled me to present it in a manner understandable to the public," he concludes.

Another University of Iceland student, Guðbjörg Ríkey Thoroddsen Hauksdóttir, doctoral candidate in political science, also participated in the Arctic Innovation Lab. Guðbjörg emphasized the need to dig deep in Arctic research. She discussed the importance of connecting young researchers in the region, and realised this ideal by founding an informal network for young arctic academics at the end of the lab. 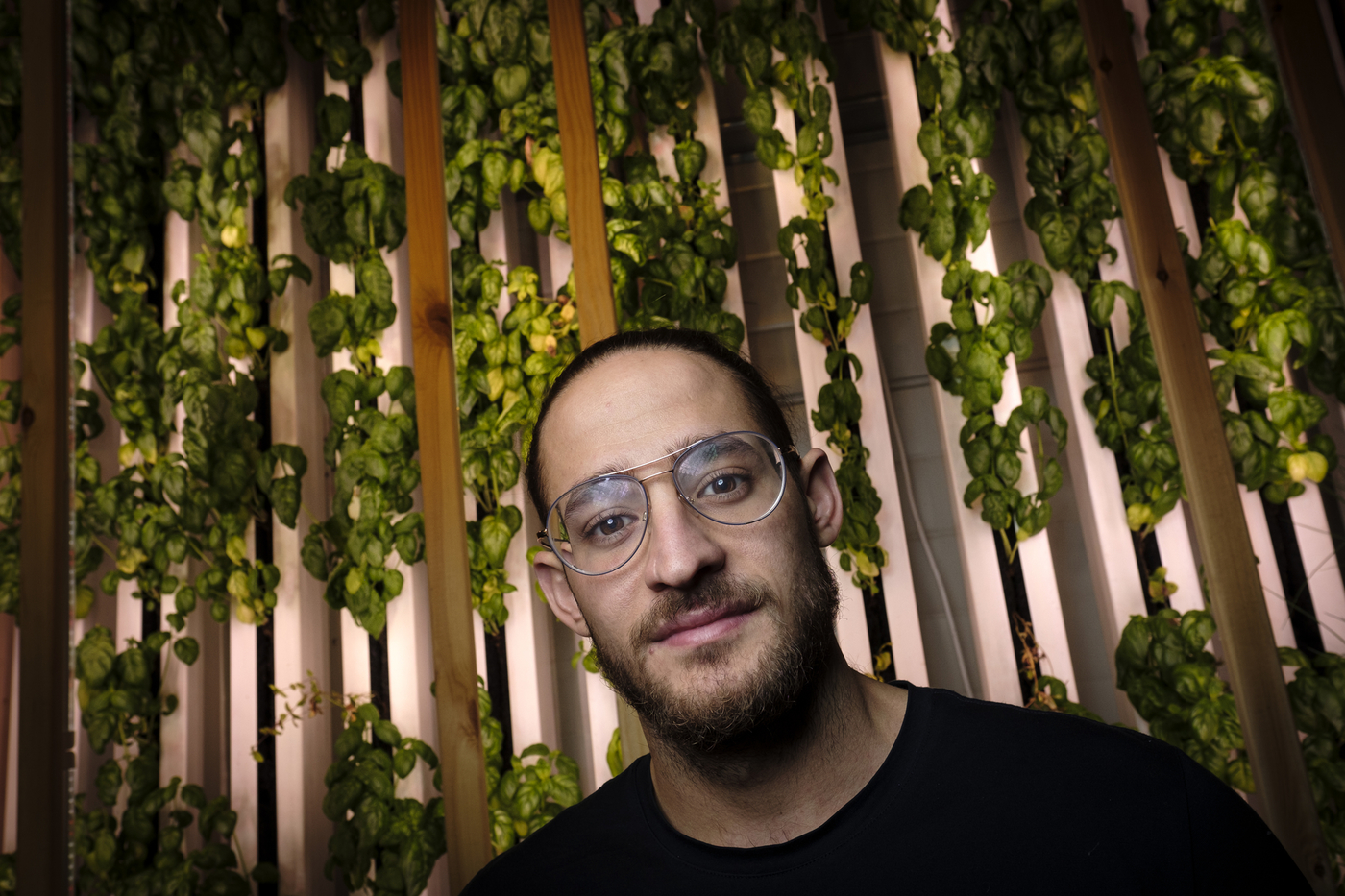