- Honoured for invaluable contributions to the field of geophysics

Freysteinn Sigmundsson, research scientist at the Institute of Earth Sciences (part of the Science Institute, University of Iceland), has been elected as an American Geophysical Union’s (AGU) Fellow, for his research and contribution to the field of geophysics worldwide. This was announced today.

Freysteinn thus joins 53 other individuals in the 2022 Class of Fellows of AGU, a non-profit organization that supports 130,000 enthusiasts to experts worldwide in Earth and space sciences, and annually recognizes a select number of individuals as part of its Honors and Recognition programme. AGU advances discovery and solution science that accelerate knowledge in Earth and space sciences by serving as a scholarly publisher, convening virtual and in-person events, and providing career support.

Since 1962, the AGU Union Fellows Committee has selected less than 0.1% of members as new Fellows.  Freysteinn is the second scientist in Iceland to be accepted into a class of AGU Fellows. Leó Kristjánsson, former research scientist at the Science Institute, was awarded the same honour twenty years ago.

Freysteinn was selected because of his outstanding achievements and contributions by pushing forward the frontiers of earth sciences.  "He also embodies AGU’s vision of a thriving, sustainable, and equitable future powered by discovery, innovation, and action.  Equally important is that Freysteinn has conducted himself with integrity, respect, and collaboration while creating deep engagement in education, diversity, and outreach," says in the announcement from AGU.

Freysteinn Sigmundsson completed an M.Sc. degree in geophysics in 1990 and a Ph.D. from the University of Colorado in the United States in 1992. He began his career at the Nordic Volcanological Centre, where he later became director, until it merged with the University of Iceland as the University's Institute of Earth Sciences in 2004.

Freysteinn has focused on crustal deformation in his research; both using the application of GPS geodesy and interferometric analysis of synthetic aperture radar images (InSAR) to map deformation and study geological processes. Freysteinn has been one of the leading Icelandic earth scientists for years and supervised large international research projects on volcanic activity in Iceland. He is a prolific research scientist and has published over 150 scientific articles in the field of earth sciences, together with a large group of collaborators. The most recent article was published in the latest issue of Nature at the end of last week on the deformation and seismicity decline before the 2021 Fagradalsfjall eruption. Furthermore, Freysteinn has supervised numerous master- and doctoral students, and has been prominent in Icelandic media in matters of seismic activity.

Freysteinn will be formally recognized as this year's recipient during the #AGU22 Fall Meeting mid-December in Chicago, IL and online everywhere.

The University of Iceland congratulates Freysteinn on his recognition as an AGU Fellow. 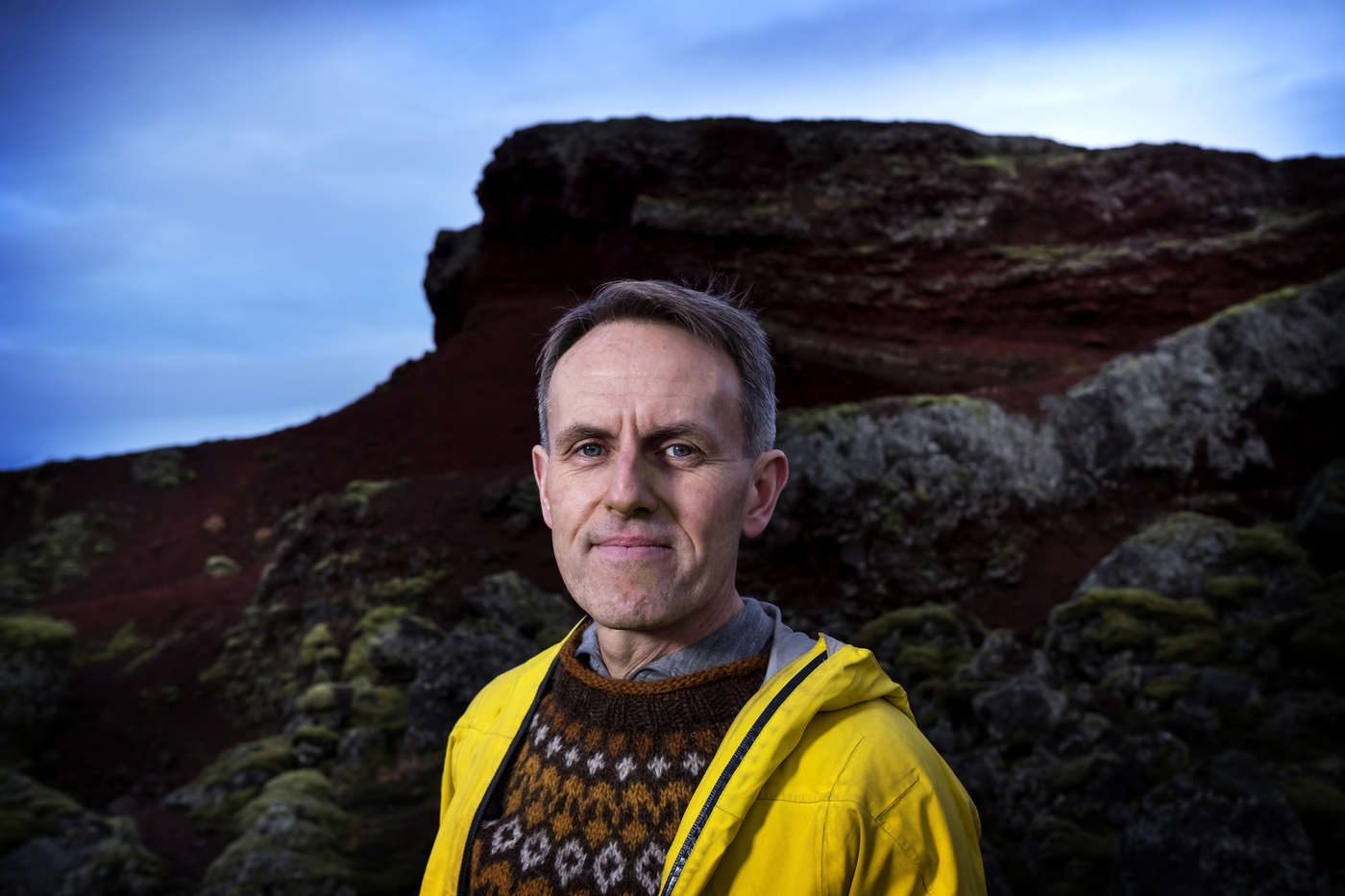