Pilot whales seem to have become more frequent guests to Iceland's coastal waters in recent years. Killer whales flee from interactions with pilot whales. These are the findings of a new study by researchers at the University of Iceland, completed in close collaboration with whale watching tour operators around the country. This is the first study of its kind describing the interactions between pilot whales and killer whales in Icelandic coastal waters.The research, which was published this week in the journal Acta Ethologica, is part of Anna Selbmann's PhD project. Anna Selbmann is a biology student at the University of Iceland. She is completing the project under the supervision of Filipa Samarra, a research specialist at the UI Institute of Research Centres in the Westman Islands, Jörundur Svavarsson, professor at the University of Iceland, and Paul Wensveen, a postdoctoral researcher at the University.

Pilot whales are common in the offshore waters around Iceland but little is known about their occurrence in coastal waters. Killer whales, on the other hand, are known to consistently occur in coastal waters but most research has focused on herring grounds and little is known of their occurrence in other parts of Iceland. The aim of the study was to investigate the occurrence of pilot whales and killer whales in coastal waters around Iceland to identify areas where both species co-occurred and describe interactions between the two species.  Research in Spanish and Norwegian waters has shown that when these species meet, antagonistic interactions occur. These interactions are very intriguing as killer whales, a species that has no natural predators, consistently avoid pilot whales and sometimes flee at high speed.

Collaboration between a large group of contributors

For this study, scientists at the University of Iceland joined forces with whale watching tour operators from all around Iceland. Data were collected by recording sightings of the two species, from research vessels or whale watching boats but also from Stórhöfði in the Westman Islands, where pilot whales are commonly spotted. All observable interactions between the species were recorded. The data were collected between 2007 and 2020 in six locations around Iceland: the Westman Islands, Faxaflói, Breiðafjörður, Steingrímsfjörður, Eyjafjörður and Skjálfandi.

"The interactions between pilot and killer whales could affect the killer whales' energy gains and expenditure, for example if they need to avoid pilot whales at high speed or abandon feeding events. We need further research to better understand the implications," says Anna Selbmann, PhD student in biology and the first author of the study. 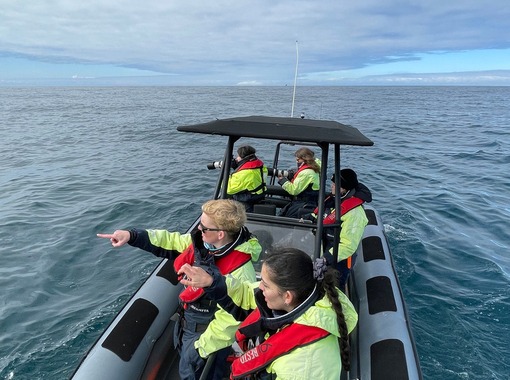 The research revealed that pilot whales were only encountered in summer and that they were becoming more common in Icelandic coastal waters, particularly in the south of the country. They were most commonly sighted in the Westman Islands, Breiðafjörður and Steingrímsfjörður. Killer whales, however, were encountered year-round. Occurrence varied between seasons and locations, but they were regularly spotted in the Westman Islands in the summer and Breiðafjörður during winter and spring.

Interactions between the species were most commonly observed in the Westman Islands and Breiðafjörður, on 70% of days when both species were seen simultaneously. In all interactions, pilot whales moved towards killer whales, who generally fled. Pilot whales typically approached killer whales at high speed and in about a third of the interactions high-speed chases ensued with both species porpoising, which is when the whale's head breaks the surface and the animal leaps forward at a high speed. 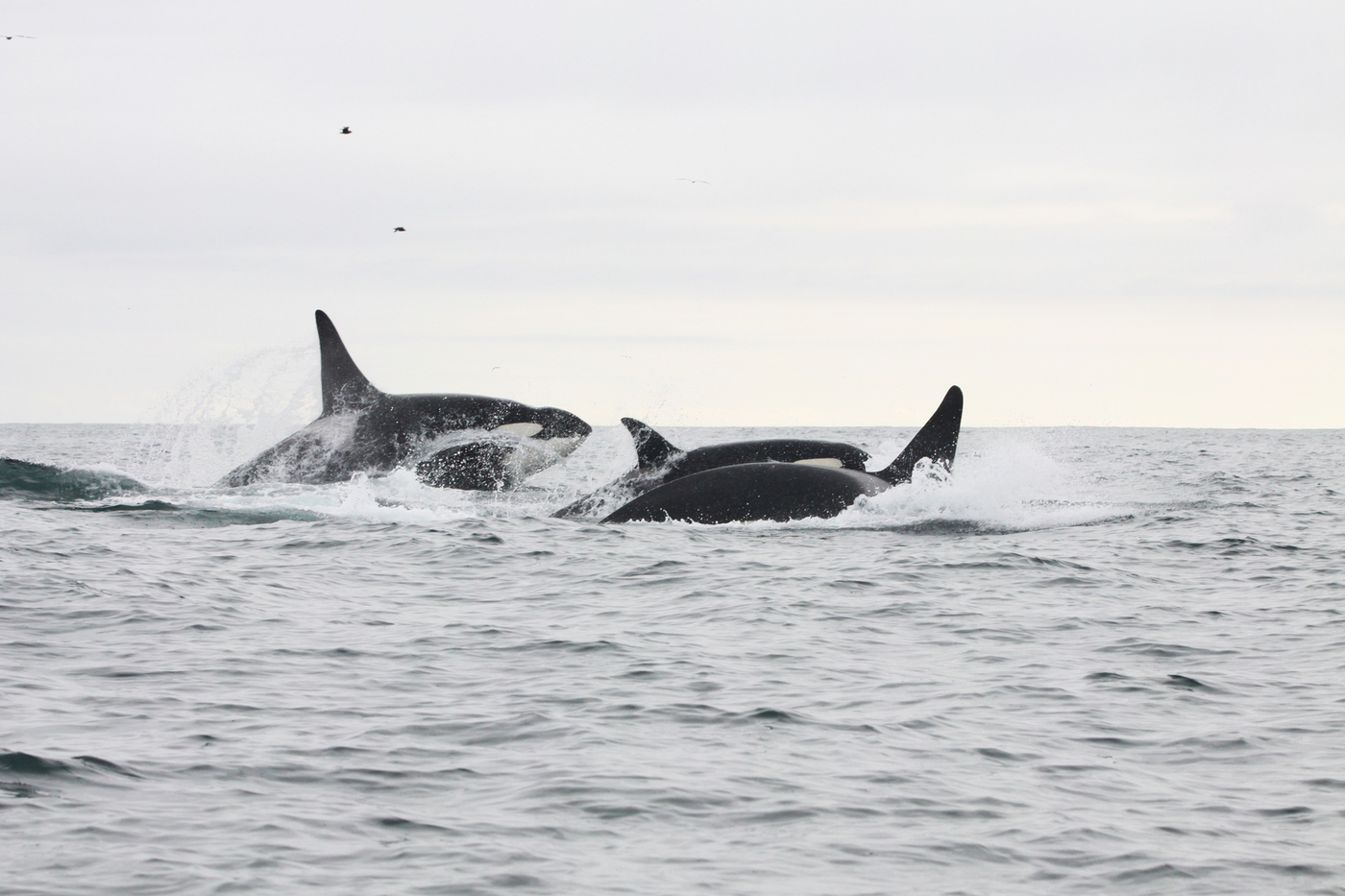 Research in Iceland and elswere show that killer whales, at the top of the food chain, avoid interactions with pilot whales and often flee from them at a high speed. IMAGE/Curt Hansson.

These are important findings because they show that the distribution of pilot whales may be changing. Increased interaction between pilot whales and other species could have significant impact on those species. "These interactions could affect the killer whales' energy gains and expenditure, for example if they need to avoid pilot whales at high speed or abandon feeding events. We need further research to better understand the implications," says Anna Selbmann, PhD student in biology and the first author of the study.

The reasons for potential changes in pilot whale occurrence in Icelandic coastal waters are unknown, but the scientists point out that their findings about interactions between the two species substantiate previous research in Norway and Spain. "However, our study shows that killer whale responses to pilot whale approaches can vary, indicating that these interactions are more complex than previously described. There is a need to better understand the ecology and biology of pilot whales occurring in Iceland to find out why these possible changes in distribution are occurring, as well as what impacts these changes will have in the Icelandic marine ecosystem," says Filipa Samarra, research specialist at the UI Institute of Research Centres in the Westman Islands and corresponding author of the study.

The paper in Acta Ethologica is available in open access. 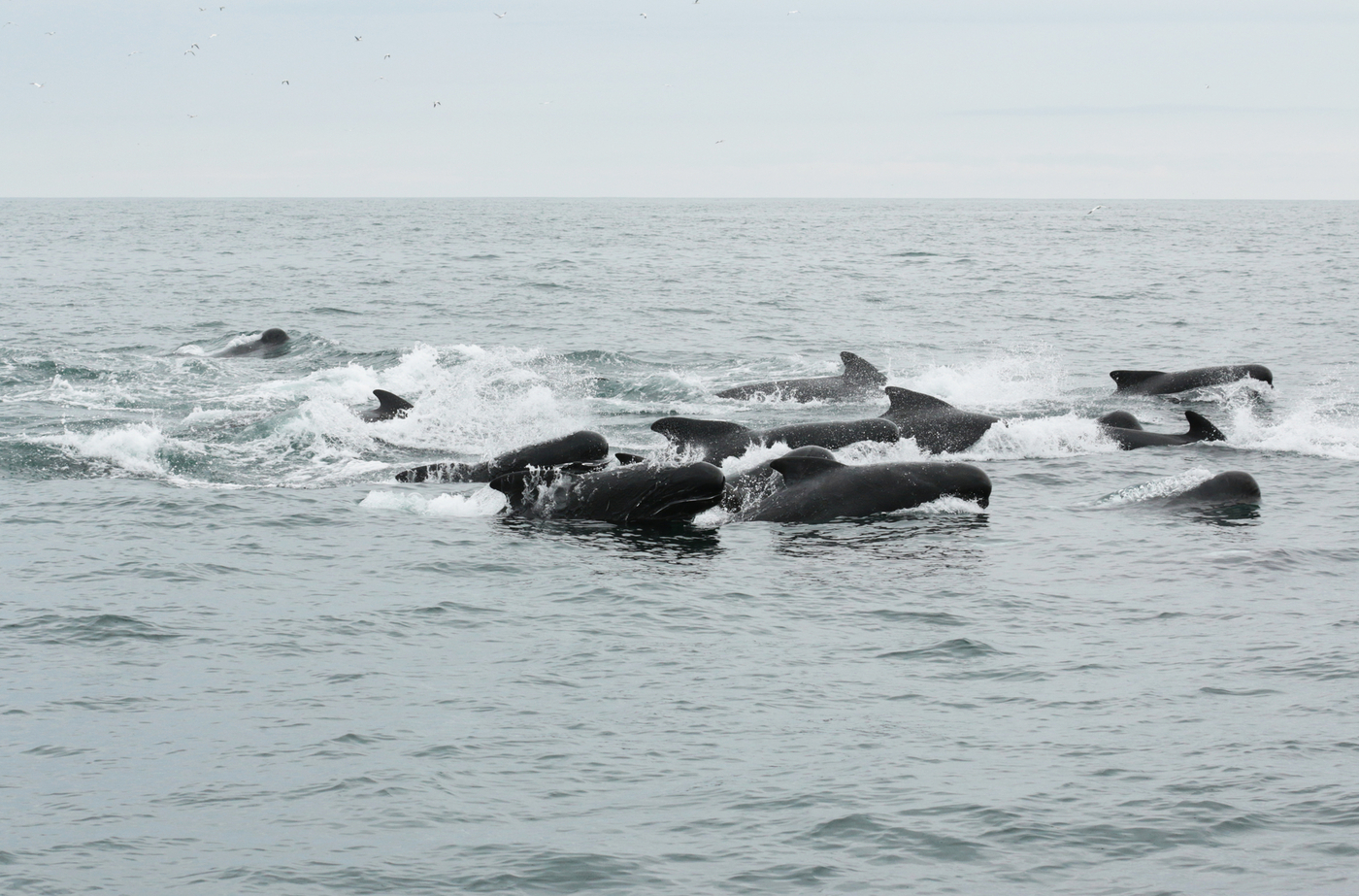