A project aimed at developing an automatic, 3D image analyser to facilitate and speed up diagnoses of dementia, received the University of Iceland’s Science and Innovation Award, presented in the University Aula yesterday. Three other projects were also awarded at the occasion.

Awards were presented for the best ideas in four categories: Health; Technology and Progress; Society; and Incentive Award.  The overall winner was selected from the winners of each category. Due to the large number of submissions the selection committee faced quite a challenge. The criteria used were originality, presentation, social impact (partly based on the UN sustainability goals), and to what extent the projects are in line with University policy and support its operations.

First prize in the category Technology and Progress, and the overall competition, went to the project “Automatic labelling of brain images to optimise clinical value of image analyses” („Sjálfvirk merking heilamynda til bestunar á klínísku notagildi myndgreiningar“). The team behind the project received a total of 3 million Ikr in prize money.

The project is aimed at developing an automatic, 3D image analyser based on AI. This tool will provide doctors with accurate real time data on various regions of the brain that are significant in the development of dementia. Dementia is a term used for a group of degenerative conditions in the brain; a growing problem in western countries as the numbers of the elderly have grown.

Magnetic Resonance Imaging (MRI) is the method most used to diagnose dementia. Automatic labelling techniques may improve diagnoses significantly. Such methods have hitherto not been part of clinical practice, but this project aims to change this. The hope is that this new method may lead to more accurate and quicker diagnoses of dementia, saving on work time for doctors and increasing the number of patients that receive accurate diagnosis and thus the best course of treatment. The selection committee said in its statement that “this project is an excellent example of how education and research within the University of Iceland can lead to great social benefits, outside the institution’s walls.”

The award in the Health category, a total of 1.5 million Ikr was presented to the project “Identification and isolation of active substances in blood” („Auðkenning og einangrun virkra efna úr blóði“). The project is a result of long standing collaboration between the University and the Icelandic Blood Bank. The concept of the project is to estimate the amount of bioactive lipids in blood waste in the country’s slaughterhouses. Lipids are molecules that are important to the formation of arteries and the healing of wounds, and could potentially be used for healing wounds. The selection committee observes that this project could have a very positive impact on people’s health and environment, and that is very imaginative, professional and an excellent example of cooperation between the University and outside institutions.

The team behind the project is Óttar Rolfsson, Professor at the Faculty of Medicine, Freyr Jóhannsson, biochemist, and Ólafur Eysteinn Sigurjónsson, Clinical Professor and biologist at Landsspítali, University Hospital.

In the category Society, the project “LANIS scanning tool. Evaluation of the language development of three year old children” („Skimunartækið LANIS. Mat á málþroska þriggja ára barna“) received an award of 1.5 million Ikr. The project aims to identify children who at the age of three have difficulties in learning language and expressing themselves. Currently there are no tools available for kindergarten teachers and parents to evaluate language skills at this age, but this tool fills that gap. Such a tool will enable earlier measures to stimulate language development at an age where this may significantly improve future language ability. The scanning tool is in Icelandic, but it has been translated into Polish and English and is being tested in these three languages, more translations are planned.

The evaluation committee estimates that this project could have a great and positive long-term social impact, and that is a good example of cooperation between University schools and institutions outside the university. It is based on research by staff and students at the University in collaboration with domestic and international specialists. A large team is behind the project: Jóhanna Thelma Einarsdóttir, Associate Professor of speech therapy at the Faculty of Medicine and the School of Education; Þóra Másdóttir, Assistant Professor and PostDoc Kathryn Crowe, both in the field of speech development at the Faculty of Medicine;  Þóra Sæunn Úlfsdóttir at the Centre for language and literacy in Reykjavík; Kriselle Lou Suson Jónsdóttir, consultant for the City of Reykjavík; Ewa Czaplewska, Professor in Gdansk in Poland, and Sigurgrímur Skúlason, expert on testing at the Directorate of Education and Adjunct at the University's School of Education.

A special Incentive award, 500,000 Ikr was awarded to the project “Small scale Bio-waste gasification in remote Icelandic areas – reducing emissions and producing heat and power”. The idea is to use gasification for waste disposal in rural areas. This is the most sound method ecologically to dispose of biological waste from municipalities, the fishing industry, and agriculture.

The gasses formed in gasification are called syngas. Such gasses can be utilised instead of fossil fuels for motors, for example electric generators. Thus both heat and electricity can be produced using power from waste. The project is based on expanding current technology in gasification, mostly used in large towns and cities, to be applicable in smaller places in rural Iceland and to implement gasification in the environment were the waste is produced. This could reduce the emission of greenhouse gasses, save money and reduce pollution in transporting waste on the country’s reads, while improving energy safety in rural areas. The judging committee sees a clear benefit for the whole country in the project and a clear connection to the UN’s sustainability goals.

A large group from industrial and mechanical engineering and the Faculty of Industrial Engineering, Mechanical Engineering and Computer Science is behind this project; the doctoral candidate Seyedeh Mosoumeh Safavi; professors Rúnar Unnþórsson and Christiaan Petrus Richter; Páll Jens Reynisson, postdoc, and Sahar Safarianbana, who is also a doctoral candidate. The project is a collaboration with SORPA and has received funding from the Northern Periphery Programme (NPP) and from the Technology Development Fund. 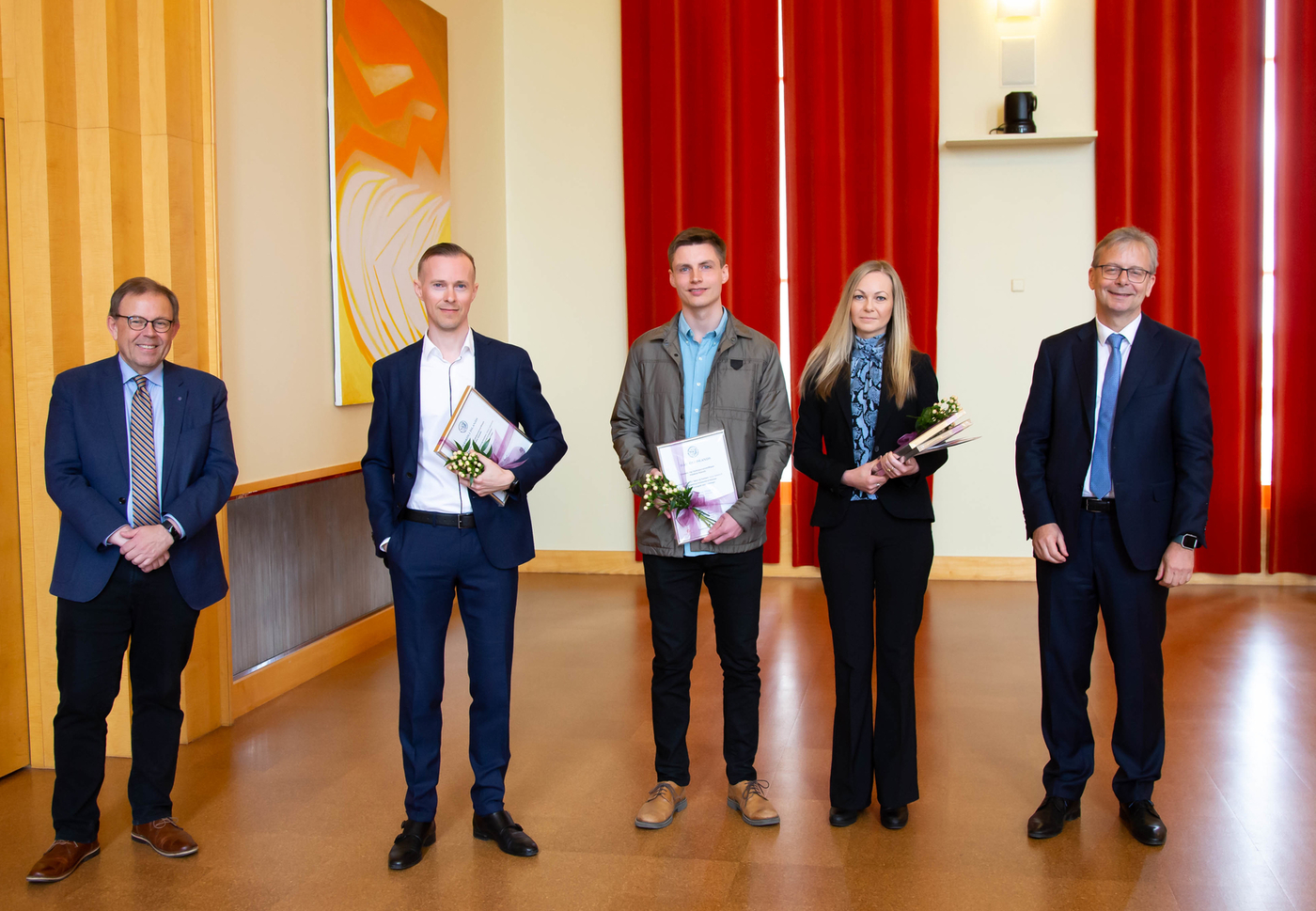 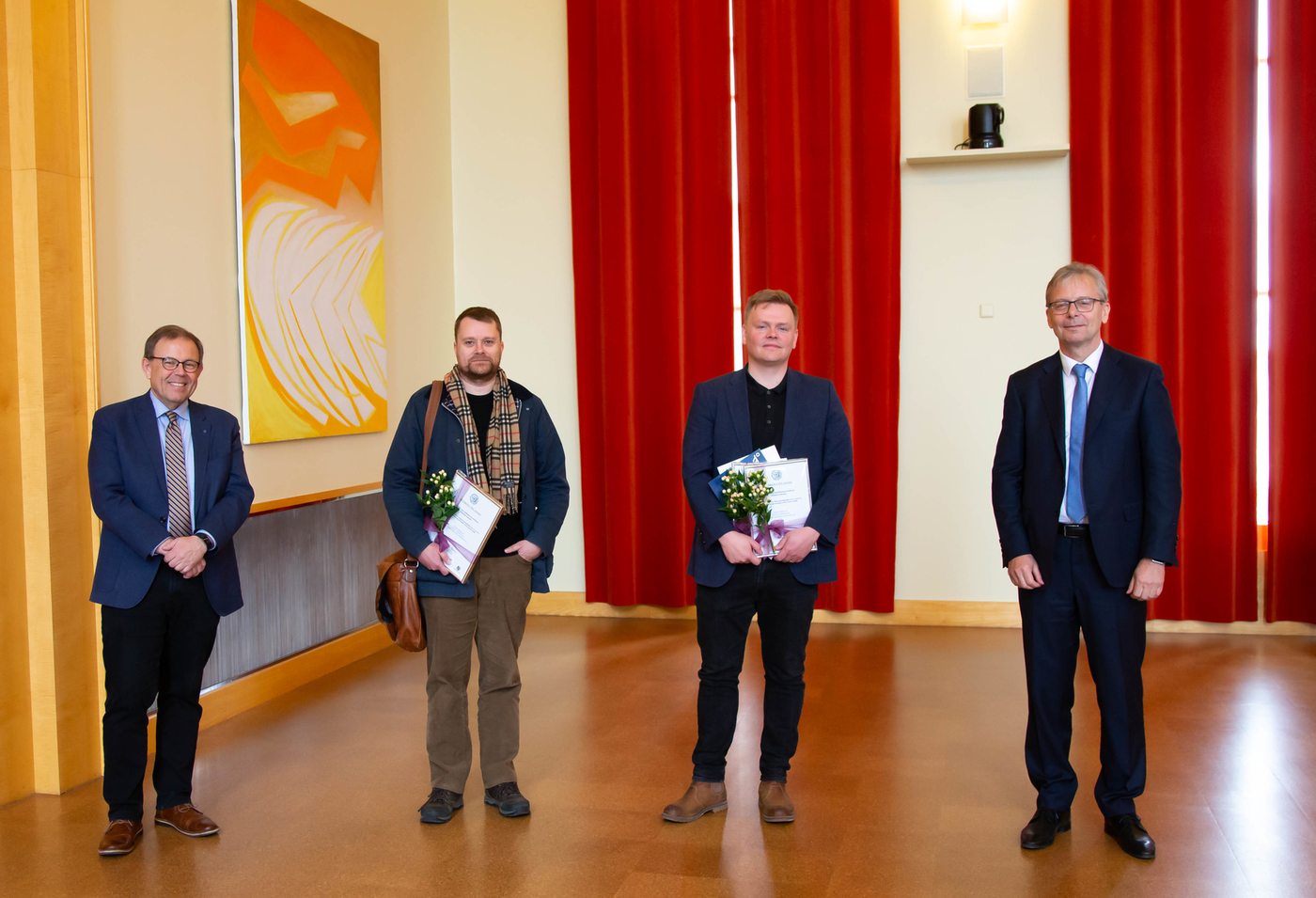 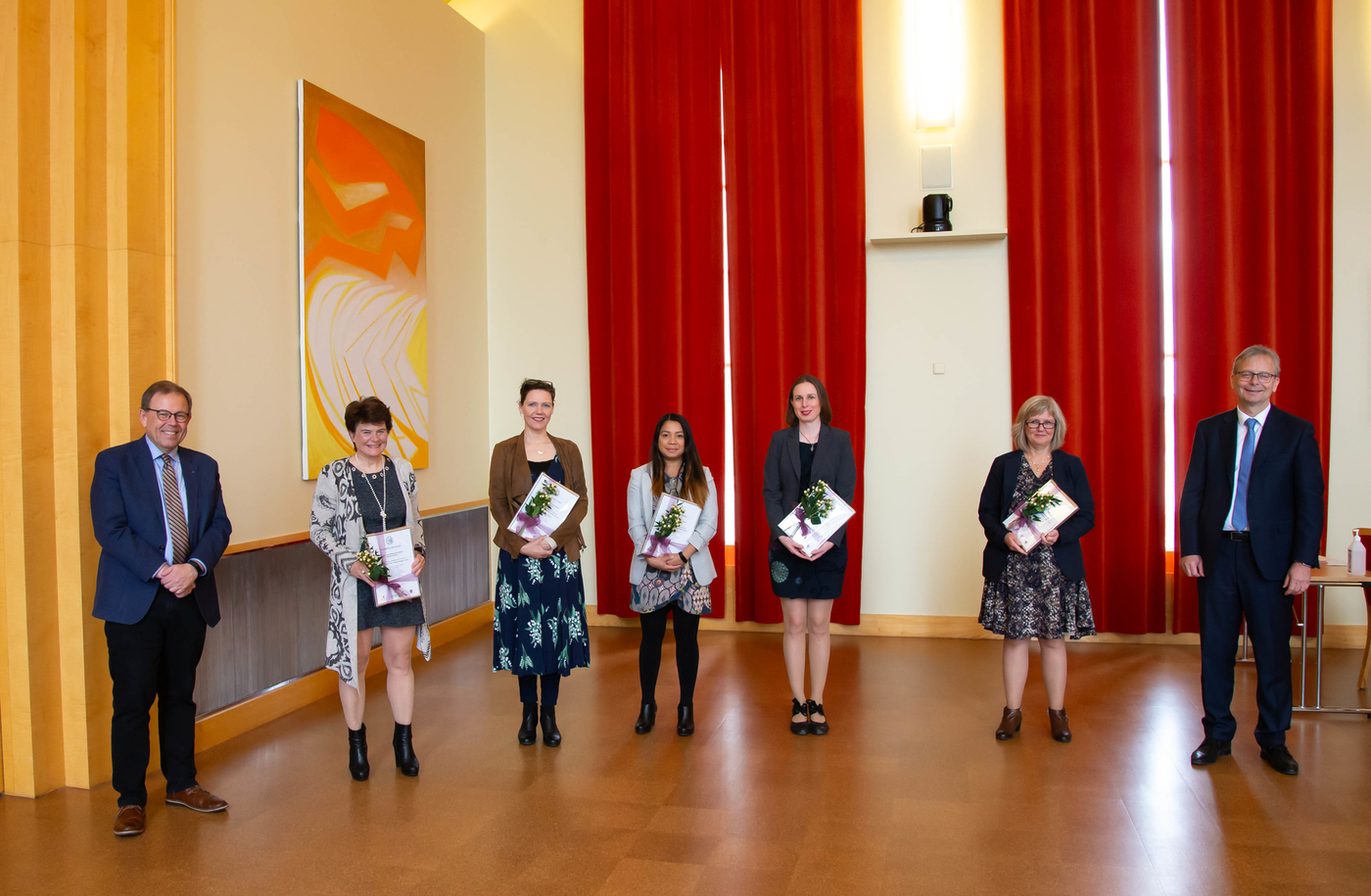 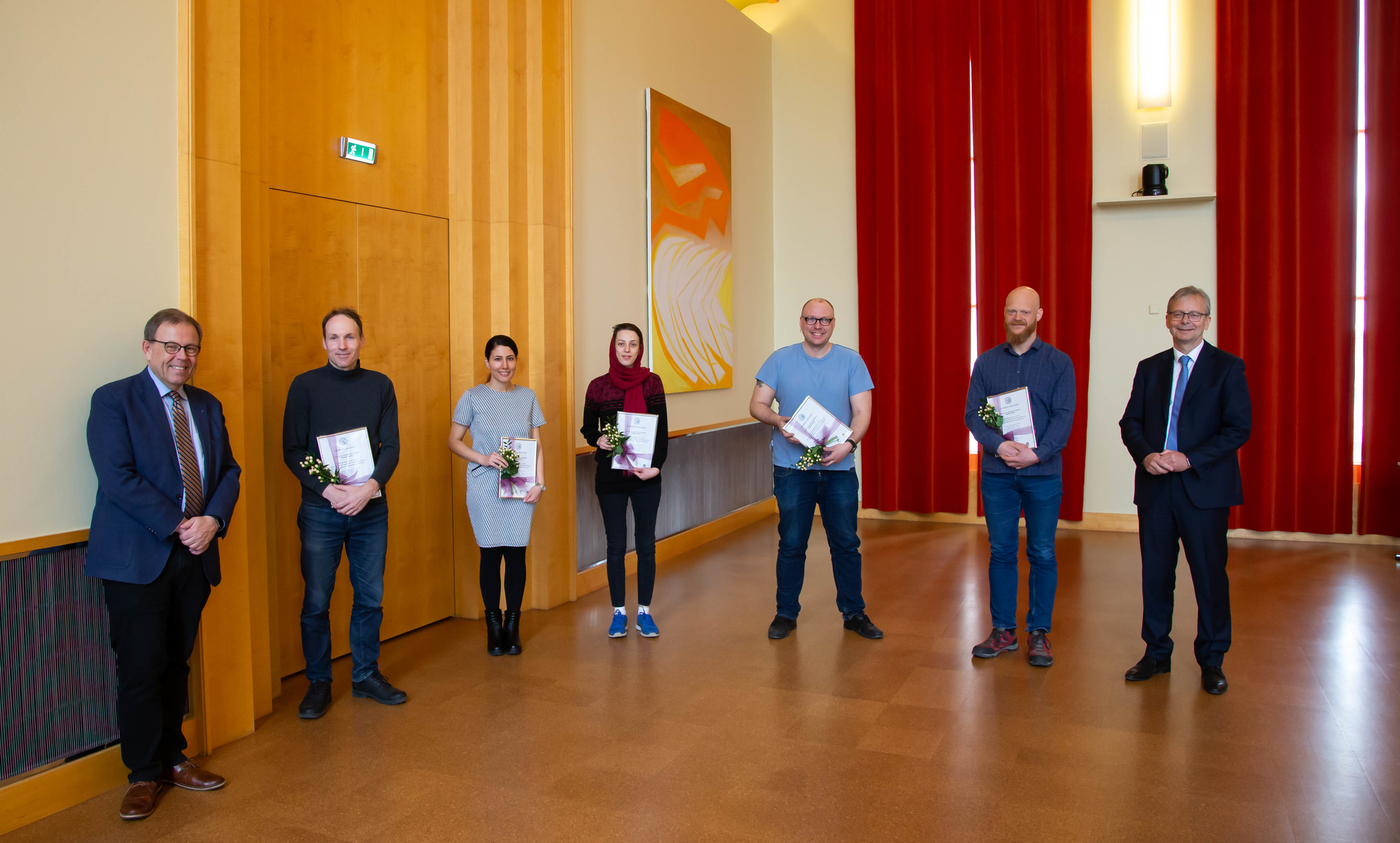