Awarded for his contribution to geochemistry

Simon William Matthews, a postdoctoral fellow at the Institute of Earth Sciences at the University of Iceland, is one of the recipients of The Geological Society of London´s awards for his contribution in the field of geochemistry.

The Geological Society of London is the oldest national geological society in the world, established 215 years ago, and the largest in Europe with more than 12,000 fellows. The Society issues awards, medals and funds annually to British geologist who have contributed significantly to the field through their research. These are both career achivement awards, service and outreach awards, mid-career awards, and early career awards.

Simon has been granted an award from the Murchison Fund given to early career geoscientists who have published excellent and noteworthy research in 'hard' rock studies, either in the UK or internationally.

Simon has in his research emphasized gaining better understanding on the evoloution of the Earth´s mantle and crust. „My research explores the deepest parts of planet Earth using the chemical fingerprints carried by lavas and their crystals. I measure the subtle differences in the elements and their isotopes that make up Iceland’s rocks and crystals to figure out how the interior of the planet is moving beneath our feet. These movements in Earth’s rocky interior a part of the world’s largest conveyor belt: circulating, storing, and emitting elements that are important to us, elements like hydrogen, carbon, and all those underpinning modern technology,“ says Simon, discussing how these elements travel from the Earth´s mantle to the surface through lava streams.

Simon has been working at the University of Iceland since.... and has in his work at the University been researching how volatile elements, e.g., hydrogen, carbon, sulfur, and chlorine are distributed within the mantle beneath Iceland, and the secrets they may hold about how Earth’s atmosphere formed. „Thanks to funding from the University, I have embarked on a project to track where and how magmas are generated beneath Iceland’s Western Rift Zone, using the isotopic signatures carried within its basalts,“ says Simon, referring to the area beneath Iceland on the plate boundaries.

Simon says the award from the GSL’s Murchison Fund is very exciting. „It is rewarding to know that my research is valued by the scientific community. I have been extremely lucky to work with so many inspiring scientists in Iceland and around the world, and I am very grateful to them for making science so much fun.“

The Society Awards will be formally presented in London in June 2022.

For further info on Simon´s research, check-out his website. 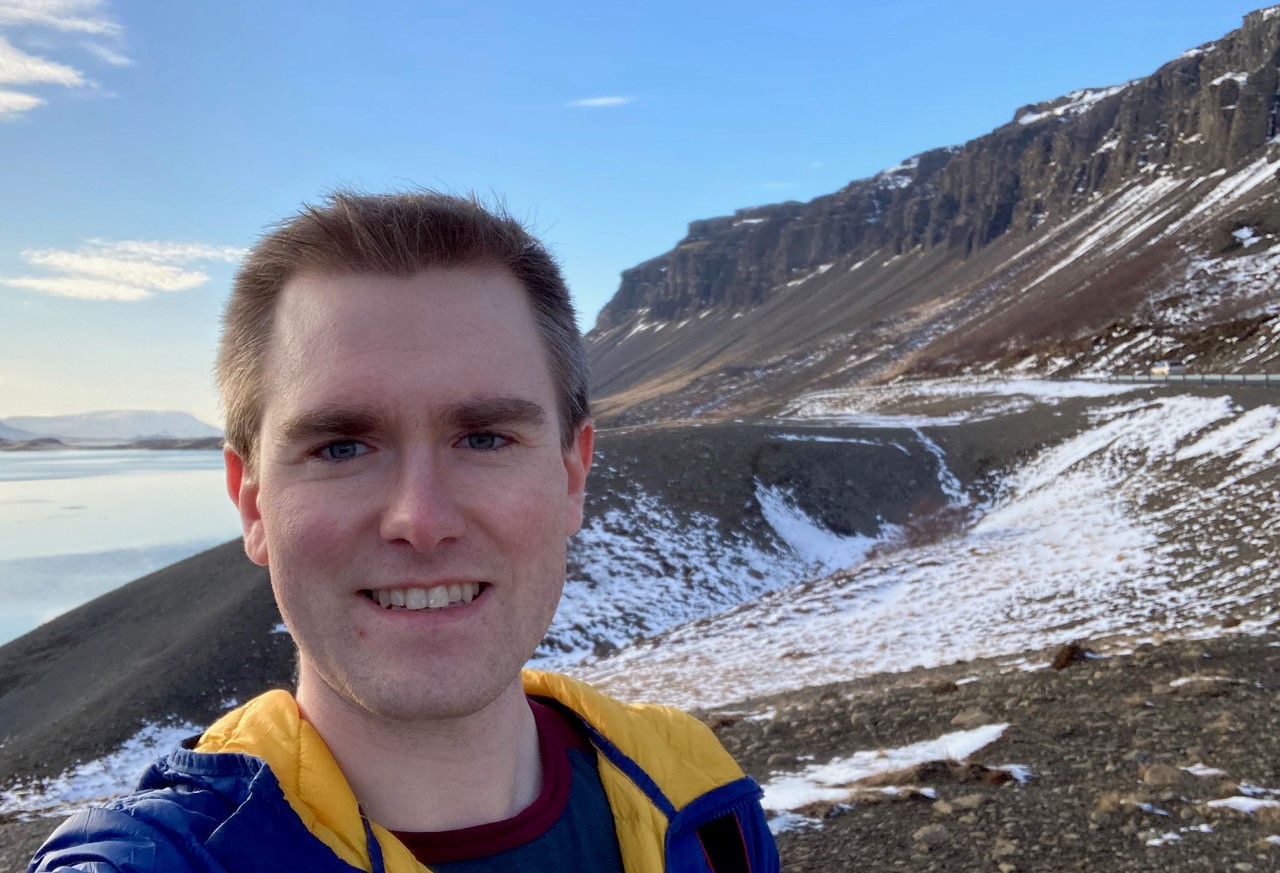