Why do we waste food?

"It is a dreadful thought that millions of people in the world are malnourished and starve when it is estimated that one-third of all the food in the world goes to waste annually," says Sólrún Sigurðardóttir who completed her Master's studies in environment and natural resources in February 2017. She wanted to do her part in reducing food waste and thus studied the psychological factors behind this phenomenon in the home in her Master's thesis.

"I basically compared two known theories within psychology and examined whether it is possible to understand what motivates our behaviour when it comes to food waste, i.e. whether certain factors work as incentives to reduce food waste or contribute to it," says Sólrún.

"Perceived control is if an individuals believes she/he has the control and ability to reduce food waste, he/she is more likely to try, creating a more positive view." 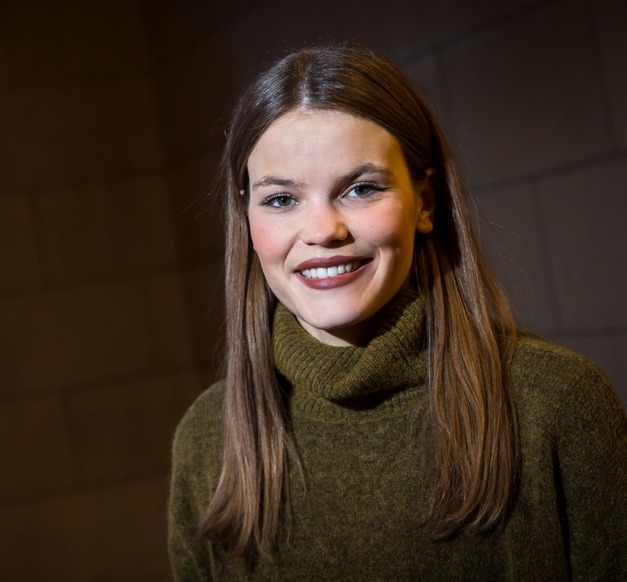 Sólrún's interest in food waste began when she worked as a trainee within the Icelandic Environment Association Landvernd on the first study on the scope of food waste in homes in Reykjavík. She points out that all activities concerning food are deep-rooted in our behaviour and thus interesting to study from a psychological point-of-view.  "Food waste is also an interesting subject as it affects all three factors of sustainability. The environmental impact of food waste and of the production process is enormous. The community and not least the consumer can also save a whole lot of money by not wasting food that has already been bought," she points out.

Sólrún worked on her research with Ragna Benedikta Garðarsdóttir, associate professor in psychology, and it included a survey of the University of Iceland's students. They were asked about subcategories of the two theories, including attitudes, values, beliefs, social pressure and food waste in their homes.

The results of the study indicate that the theory on cognitive behaviour, that has been widely used within psychology to explain various behaviour connected to environmentally friendly activity is better suited to explain an individual's will to reduce food waste than the other theory that was tested. This theory is connected to the moral obligation of an individual to their food waste from the point-of-view of its serious consequences, such as climate change. It was revealed that the so-called perceived control in an individual reduces food waste the most. "Perceived control is if an individual believes she/he has the control and ability to reduce food waste, he/she is more likely to try, creating a more positive view."

Assistant supervisor: Guðmundur B. Arnkelsson,  professor at the Faculty of Psychology.