What took Vikings with them to their graves? | University of Iceland Skip to main content

What took Vikings with them to their graves?

“I hope that the study will increase our perception of death and identity portrayed in death during the Viking Age in the North Atlantic Settlement regions and Scotland,” says Janis Mitchell PhD student in Archaeology. Her interest in objects, burial and the Viking age prompted her to apply for Doctoral studies in Archaeology at the University of Iceland. Her undergraduate degree is in Social Anthropology and she was also an archaeological conservator before returning to university.

Mitchell studies at the University of Iceland to spend as much time as possible where the archaeological material can be accessed, and where the ancient people she tries to understand were based. She spent one year in Scotland as an Erasmus exchange student for the same reasons. She had access to the collection of Viking antiquities in the National Museums in both places.

“I wanted to undertake research, which allowed me to use objects to answer questions about how people during the Viking Age might have understood death. I wanted a comparative look at the Viking material in North Atlantic settlement regions; Iceland as a ‘new’ land and Scotland as a land already occupied where the ‘Vikings’ settled.

Mitchell says the aim of this study is to examine why certain objects were selected for inclusion in the grave. “The results obtained in this manner will be studied closely in connection with social factors, identity in death and how this relates to the perception of death,” Mitchell adds on her project.

Supervisor: Steinunn Kristjánsdóttir, Professor at the Faculty of History and Philosophy 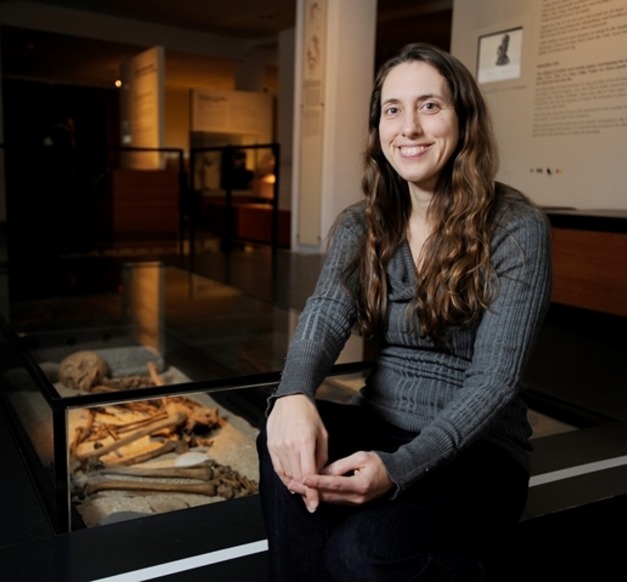