Waste into power | University of Iceland Skip to main content

Professor Rúnar Unnþórsson and Christiaan Richter, senior lecturer, both at the Faculty of Industrial Engineering, Mechanical Engineering and Computer Science

"We want to introduce and develop an engineering solution that minimises the amount of organic waste that goes to disposal or landfill here in Iceland. To start with, we are working with coloured or treated wood. The technique we are using is called gasification. All organic raw materials can be gasified, which is done by heating the material to over 700° C. The material is not burnt, merely heated. It is then mostly converted into gases. The gas mixture that is formed is called syngas and has various possible applications."

So says Rúnar Unnþórsson, researcher and professor of industrial engineering at the University of Iceland. He is now working on a new research project with Christiaan Petrus Richter, senior lecturer in chemical engineering, with the goal of producing energy from organic waste. Ever tighter regulations in Iceland and abroad regarding the burial of organic waste necessitate new solutions for making use of it. Rúnar says that all waste disposal companies in Iceland have, for example, pledged to stop all burial of organic waste by 2020.

"Today people have to drive long distances with refuse to landfill or incinerators. It is therefore vital to find a solution to this problem, both here in Iceland and also small communities abroad." 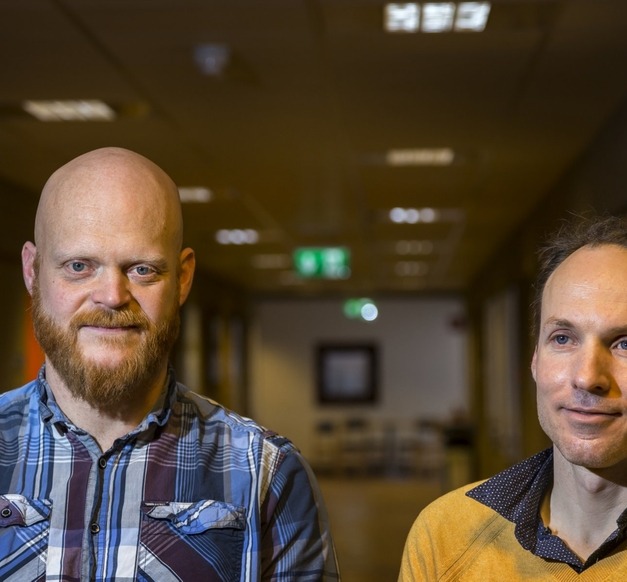 "One of the simplest ways to use syngas is to burn it," says Christiaan. "In this project we are burning it in a car engine which drives a power generator. We are also using the heat from the engine to heat water and so produce both electricity and hot water from the waste. The main goal of this research is to demonstrate and confirm that the solution we are developing produces only negligible emissions of the carcinogenic chemicals dioxin and furan."

Rúnar says that waste incinerators in Iceland have been closed for several years due to dioxin pollution. "These incinerators were located in so-called cold regions where there is little or no geothermal power to heat buildings. They are in places like the Westman Islands, Kirkjubæjarklaustur and Ísafjörður. The incinerators were used to heat water. Today people have to drive long distances with refuse to landfill or incinerators. It is therefore vital to find a solution to this problem, both here in Iceland and also small communities abroad. For example, in many places in Africa, refuse is burnt in the open air in inhabited areas."

Christiaan says that the results of the research are not yet available, "but we expect that our solution will produce negligible emissions of the carcinogenic chemicals dioxin and furan. This solution will make it possible to use organic waste where it is produced without releasing carcinogenic chemicals into the atmosphere. Gasification also causes less air pollution than landfill and does not pollute groundwater."

Rúnar agrees and says that engineering research projects such as theirs are enormously important for the future. "This is because engineering is about designing and developing important solutions for humankind."