“It is important to know where chemicals that are released into the atmosphere end up in order to evaluate whether they are seen as pollutants, and if so, how to counteract emissions,” says the doctoral student Snjólaug Ólafsdóttir.

Her project focuses on finding out where hydrogen sulphite from the geothermal power stations in Nesjavellir and Hellisheiði end up. Hydrogen sulphite is released into the atmosphere along with other geothermal gas and Ólafsdóttir wants to find out how it is distributed and erodes in nature.

Hydrogen sulphite is a gas with a pungent smell and can be poisonous in large quantities. The smell is familiar to many who have visited geothermal areas; the natural source of the gas. The results of Ólafsdóttir’s research are very intriguing. It has been revealed that weather forecasts could prove useful to predict whether the hydrogen sulphite’s strength exceeds the health limits in the greater metropolitan area. According to Ólafsdóttir, the strength is at its highest in the city when the weather conditions consist of easterly wind, steady atmosphere, light wind and temperatures below three degrees.

Ólafsdóttir has found and measured hydrogen sulphite in up to 30 kilometres from the plants in her study. “This revealed that plumes of hydrogen sulphite behaved repeatedly in the same manner in similar weather conditions. The plumes followed the landscape mountainous areas in neutral or steady air pressure. Furthermore, the plumes scattered more over land than over water.”

Ólafsdóttir has been interested in the chemistry of the atmosphere and air pollution for quite some time. “When I was working on Icelandic energy research I became interested in geothermal energy and its utilization. I then used measurements on hydrogen sulphite in my master thesis and I wanted to continue the work and examine the total effect of this material in my doctoral project.”

The studies have received widespread attention and she has been published in the prestigious scientific journal Atmospheric Environment. 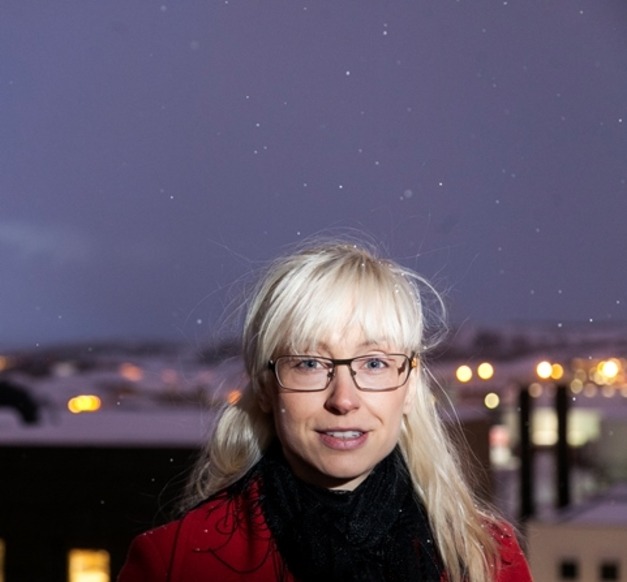