Changes in the arrival times of migratory birds in the spring are a very clear signal of the impact of climate change on nature. Many studies in Europe and America, including Iceland, have shown that migratory consistently arrive earlier to their nesting areas as the weather gets warmer.  This especially applies to short-distance migrants, whereas this effect is less observed in birds migrating over long distances. Explaining the mechanism behind the change has nevertheless proven elusive to scientists.

“It is important to understand what causes these changes, because the stock of species that have not responded to warmer temperatures by speeding up their arrivals, has dropped all over the world,” says Tómas Grétar Gunnnarsson, Head of the UI Research Centre in South Iceland.

“It is important to understand what causes these changes, because the stock of species that have not responded to warmer temperatures by speeding up their arrivals, has dropped all over the world,” 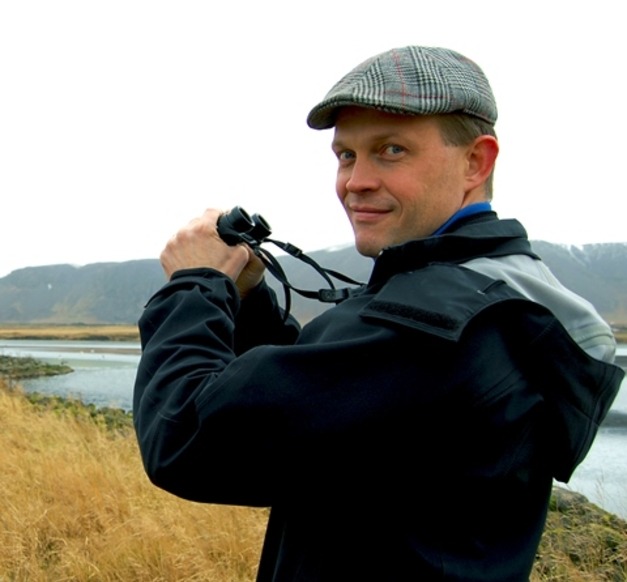 The traditional explanation for the changes has been that individuals tend to migrate earlier in the spring when the weather is warmer. Thus flexibility in individuals concerning climate could explain the changes in average arrival dates as weather gets warmer. This explanation has some weaknesses to it. Research wherein birds have been followed form one year to the next indicated that individual birds usually follow the same schedule between years and migrate at almost the exact same time each year. “Our research on the godwit has shown this; individuals are very conservative when it comes to timing of migratory flights. Despite this conservatism the average arrival time of the first birds has moved forward by two weeks since 1988. The fact that individual birds follow the same plan while the average arrival time of the godwit, and many other birds, has moved forward as the weather has grown warmer, needs to be explained.”

Gunnarsson says that the godwit have been individually labelled for around twenty years, and a large number of individuals have been observed on route in Europe through the help of more than 2,000 bird watchers. “During this period we have labelled a number of birds at known ages. By observing the arrival times of the birds in the first year we discovered that birds hatched in the 90s arrive in May, while birds born this century mostly arrive in April. The change in arrival dates can be explained by younger birds arriving earlier than the older ones, and then sticking to their schedule for the rest of their life.”

Gunnarsson and his colleagues believe the likeliest explanation for the earlier arrivals of the younger birds than the older is how the nesting period has moved forward. “The birds are hatched earlier, and this starts a chain of events causing them to migrate earlier to Iceland when they return for the first time than earlier generations. This can also explain why migrants travelling long distances have changed their habits less, because they arrive later in the spring. They have less time to react to warmer weather by moving their nesting period forward. This phenomenon can be observed in Icelandic waders. The ones who arrive later have a shorter time between arriving and nesting, and therefore have moved their nesting time less than others, or not at all in some cases.”

Gunnarsson says that it needs to be explained better what controls the birds’ annual schedule. The time from the hatching of a godwit until it flies for the first time for Iceland is two years. “This study is still an important step in the direction of understanding how changes in migration times for birds occur, and how they impact the ecology and protection of migratory bird stocks.”