Wants to make fuel out of nothing

“The energy that comes from the sun and lands on an area in the size of the Sahara Desert would suffice to replace all other energy sources in the world. The problem, however, is to find matter that can absorb enough of the sunlight and transform electrical power into chemical energy.” This claim is made by Egill Skúlason, Assistant Professor and inventor at the University of Iceland. This may sound extremely complicated but what Skúlason intends to do is in fact to transform the greenhouse gas carbon dioxide into fuel.

Skúlason has studied computer calculations that aim at changing carbon dioxide, sunlight and water into fuel, such as methanol or metane.

One could say that the subject is very hot. “Many groups all over the world are tackling similar ideas to meet the lack of oil before the oil runs out worldwide. The prospects are good, this is possible today, but much better material must be developed to capture solar energy and use it spark the chemical reaction needed to transform carbon dioxide into useable fuel,” says Skúlason.

“We have been trying to understand why copper is the only pure metal that can catalyse this chemical reaction. We have begun looking for chemicals with computer calculations that could potentially improve the current results from experiments. We are looking for more efficient ways to produce equipment that creates fuel out of sunlight. We are looking at chemicals that can both absorb the sunlight and catalyse the carbon dioxide chemical reaction needed to create fuel, but also matter that has very little metal or are even metal free; but those are often expensive and hard to come by. We are thus studying novel material such as grapheme and carbon nanotubes, used extensively in nanotechnology. This way we would serve the entire human race,” says Skúlason.

Carbon dioxide is released into the atmosphere today causing, according to scientists, climate change. “If we could capture the carbon dioxide released from e.g geothermal power plants or aluminium plants and transform it into fuel for cars and ships, the earth would gain one circle in the carbon dioxide cycle. Here we kill two birds with one stone: we reduce the greenhouse effect and produce fuel out of almost nothing.” 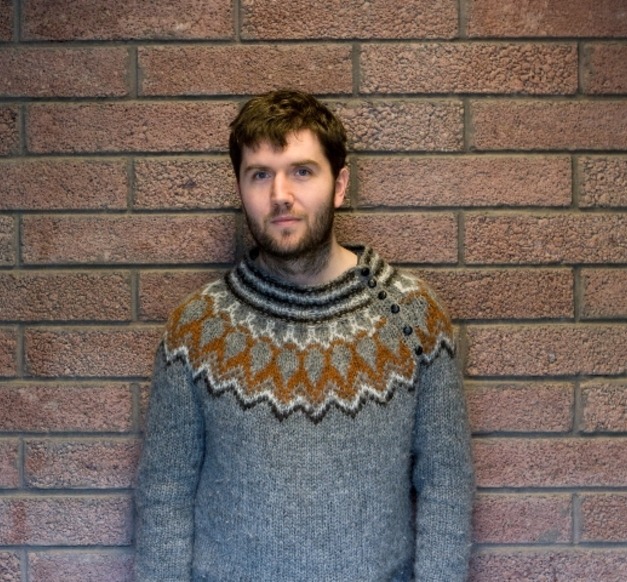