The Connection between Vitamin D and Cancer

Jóhanna Eyrún Torfadottir, post-doc at the Faculty of Food Science and Nutrition

"What motivates me is the possibility to contribute, even in a small way, to the knowledge of the causal factors of these diseases; in this instance the most common cancers in the Western world. As life expectancy has increased considerably in recent decades it is vital to examine lifestyle factors that support a healthy life," says Jóhanna Eyrún Torfadóttir, post-doc at the UI Unit for Nutrition Research. Jóhanna is currently studying whether the vitamin D metabolism of patients that have been diagnosed with prostate or breast cancer has an impact on their life expectancy.

"There are, furthermore, indications that sufficient vitamin D can influence the progress of these two types of cancer in that the death rate is lower among patients with higher levels of vitamin D in their blood prior to diagnosis." 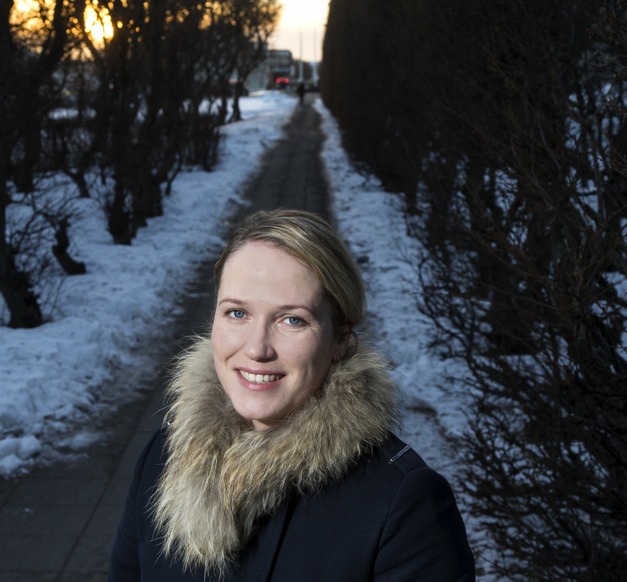 Jóhanna completed her doctorate in public health sciences from the University of Iceland in 2012 where she took advantage of the Icelandic Heart Association's database and studied the connection between nutrition at various stages in life and the risk of developing prostate cancer. "As the results in my doctoral thesis showed that older men who took cod liver oil were less likely to be diagnosed with advanced ailment in the prostate, I wanted to study further the correlation between vitamin D metabolism and cancer among participants in the Icelandic Heart Association AGES study," says Jóhanna. Her research has received a grant from the University of Iceland Centennial fund.

Jóhanna points out that research has in general shown that individuals that have enough vitamin D in their bloodstream are less at risk of being diagnosed with breast cancer. This correlation is not as strong for prostate cancer. "There are, furthermore, indications that sufficient vitamin D can influence the progress of these two types of cancer in that the death rate is lower among patients with higher levels of vitamin D in their blood prior to diagnosis," she adds.

The data Jóhanna is studying has more or less yielded the same result. "What is unusual, however, is the advanced age of the participants in the study and the fact that Icelanders are mostly dependent on nutrition for vitamin D intake as we can make little use of the sun for the most part of the year to produce vitamin D," says Jóhanna. She hopes that the project will contribute to happy ageing, and give further insight into possible preventive measure against cancer.