For just over half a century, seismic airguns have been the most commonly used equipment for locating oil and gas under the ocean floor. Seismic airguns release fast-moving and highly pressurised air bubbles under the sea. The air bubbles expand and contract in the ocean, forming sound waves that bounce off the seabed and provide data that can be used to create images of areas that would potentially be worth exploring. 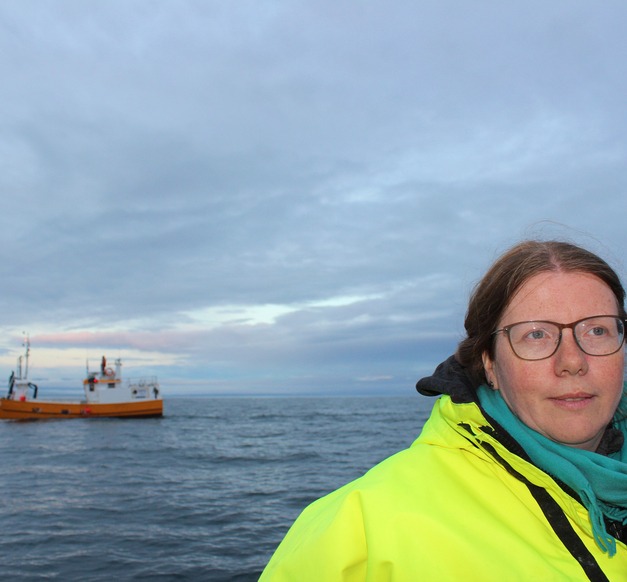 Tags attached to the whales using a boom and sucker

When the UI reporters went to observe the research team in Skjálfandi one fine summer night, the scientists pursued the whales in a small boat and attached tags to the animals using a long boom and sucker. If a whale was successfully tagged, the tag would automatically fall off after around 24 hours. While the tag was attached, it transmitted important data about the whale's behaviour and whether it was affected by the sounds.
"We have an array of hydrophones, one kilometre apart. Then we play a low frequency sound that the blue whales should be able to hear using a large underwater loudspeaker on a fishing vessel.  The data we gathered gives us an idea of the whale's behaviour before we played the sounds, while they were playing and after they stopped. It provides important information about the whales' diving and vocalisations," says Marianne.
"For example, we monitored one blue whale for 24 hours and it was constantly feeding. It didn't stop feeding even when we were putting the tag on."

The new equipment seems to have a minimal impact