Reaction and Prevention against Ebola

Geir Gunnlaugsson, Professor at the UI Faculty of Social and Human Sciences

"The study is in the field of global health and is a good reminder that the death of a two year old in a remote village in Guinea concerns us all." Says Geir Gunnlaugsson, former Director General of Public Health and current Professor in Global health at the University of Iceland. He is, of course, referring to the young boy who is considered to be patient zero in the Ebola outbreak in West-Africa.

Ebola is the name of a rare and deadly disease that has spread like wildfire in Guinea, Sierra Leone and Liberia. The virus that causes this disease is named after the Ebola river in Congo, but it was first observed in 1976. The virus causes severe bleeding and fever in humans and is deadly to a high percentage of those infected.

Geir is familiar with the dire consequences that an outbreak like this one can have on societies. He has both worked as a medical doctor and a research scientist in Guinea-Bissau from 1982, including projects connected to cholera epidemics. 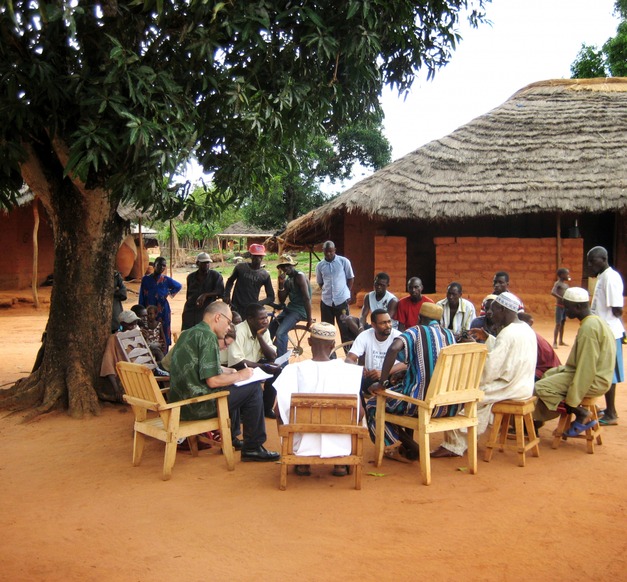 A recent study led by Geir focuses on the Ebola outbreak in West-Africa. The research examines reactions of health care professionals and general ideas among the public in Guinea, Guinea-Bissau and in Iceland on this disease. "Parallel to these elements we want to examine the factors leading to the rapid outbreak of this deadly disease and preventions," says Geir.

Geir is familiar with the dire consequences that an outbreak like this one can have on societies. He has both worked as a medical doctor and a research scientist in Guinea-Bissau from 1982, including projects connected to cholera epidemics. He says that the country has been on alert for over a year due to the ebola outbreak in the neighbouring country in the south, Guinea.

"The Ebola outbreak was also a part of my duties as Director General of Public Health in Iceland," he says, and adds that the idea for this three countries' study was sparked when working in Guinea-Bissau last summer. Geir says the study is an effort to increase understanding on the importance of building a intensive, accessible and general health care all over the world, strengthen the infrastructure in societies and reduce inequalty within and between countries.

Geir says that research activity has begun and that one Icelandic Master's student at the University of Copenhagen is currently gathering data on the response to Ebola in Iceland. "The first steps in data acquisition were taken last summer in Guinea-Bissau but the extension to Guinea will wait until funding has been secured."

Geir says that the research questions in this project, as any other that he has taken on, are inspired by his quotidian tasks as medical doctor in Guinea-Bissau, Malavi and Iceland. "I have been fortunate in my research to work with people with diverse academic backgrounds who have added valuable experience, knowledge and resourcefulness in everyday tasks.”