Icelandic in a digital world

Sigríður Sigurjónsdóttir and Eiríkur Rögnvaldsson, professors at the Faculty of Icelandic and Comparative Cultural Studies.

Discussion in the media and social media on English influence on the Icelandic language along with claims on the pending death of the language, combined with increased influence on communication from digital technology motivated this current, extensive study within the University of Iceland. Sigríður Sigurjónsdóttir and Eiríkur Rögnvaldsson, professors in Icelandic grammar lead a large research team, but the project received funding from the Icelandic Centre for Research (Rannís) in spring 2016.

"The project focuses on the current status and future of Icelandic in times of digital communication and smart devices. We will gather information on English language stimuli on the Icelandic language community, Icelanders' use of English and the impact of English on language skills, usage and Icelanders' attitudes towards Icelandic and English. New criteria will furthermore be developed on the viability of languages - taking digital death of languages into account," says Eiríkur.

"We are well on the way in preparations for an extensive internet survey that the University of Iceland's Social Science Research Institute will submit to 5,000 participants in the next few months." 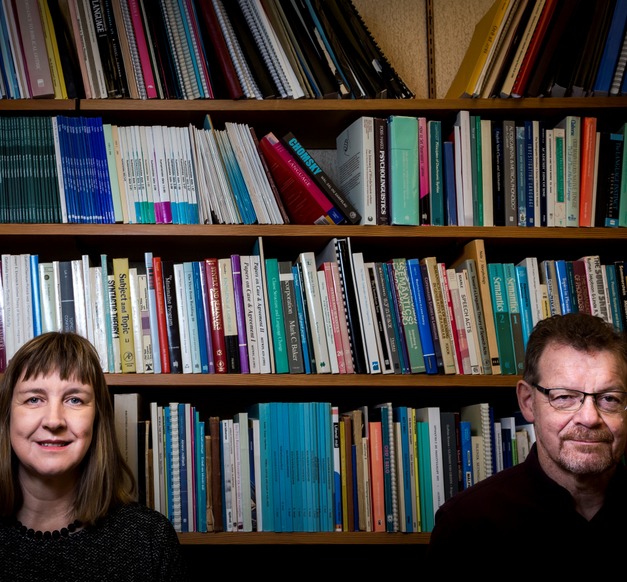 Scientists from universities in the United Kingdom, the United States, Canada and Ireland are involved in this extensive project, in addition to research scholars and doctoral students at the School of Humanities and School of Education at the University of Iceland and the Árni Magnússon Institute for Icelandic Studies. "We are well on the way in preparations for an extensive internet survey that the University of Iceland's Social Science Research Institute will submit to 5,000 participants in the next few months. The survey is the first step in our research and its purpose is the give an overview of the use of Icelandic and English in Icelandic language community, language skills in both Icelandic and English, attitude towards the two language as well as other aspects," says Eiríkur on the development of the study.

The results of this research project will, according to Sigríður, shed light on language variation or changes in the language that may be connected to the close cohabitation of Icelandic and English, thus helping Icelanders appreciate the future prospects of Icelandic. "The general idea is to use Icelandic as an example of a language that is under increased pressure due to growing use of English due to recent social changes. By studying Icelandic we hope to get results that can then be transferred over to other languages that experience a similar status to Icelandic," she concludes.